The Soldiers' and Sailors' Monument is located in Public Square in downtown Cleveland. It honors local Union soldiers who fought in the Civil War. 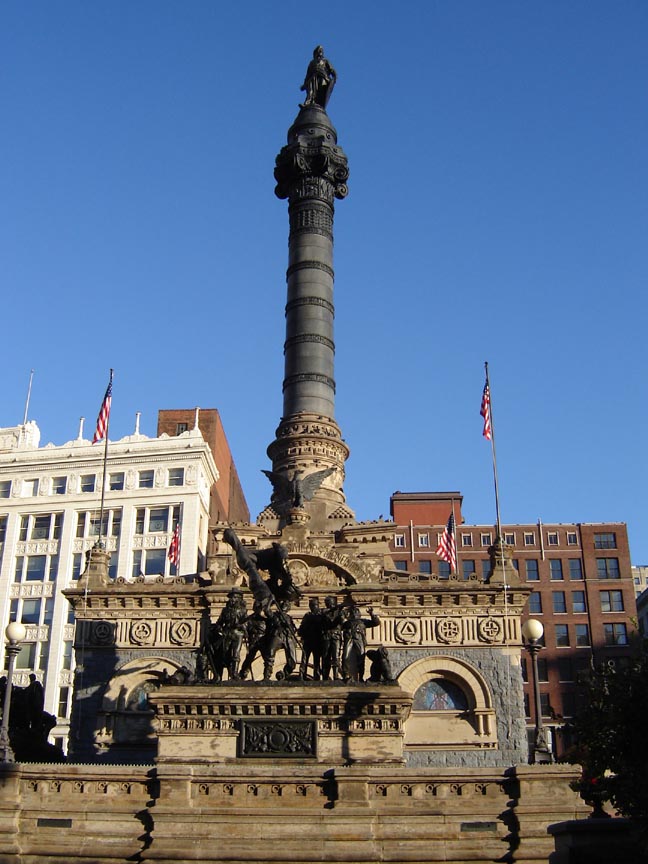 The Soldiers' and Sailors' Monument features the names of more than 9,000 local soldiers who fought in the Civil War. 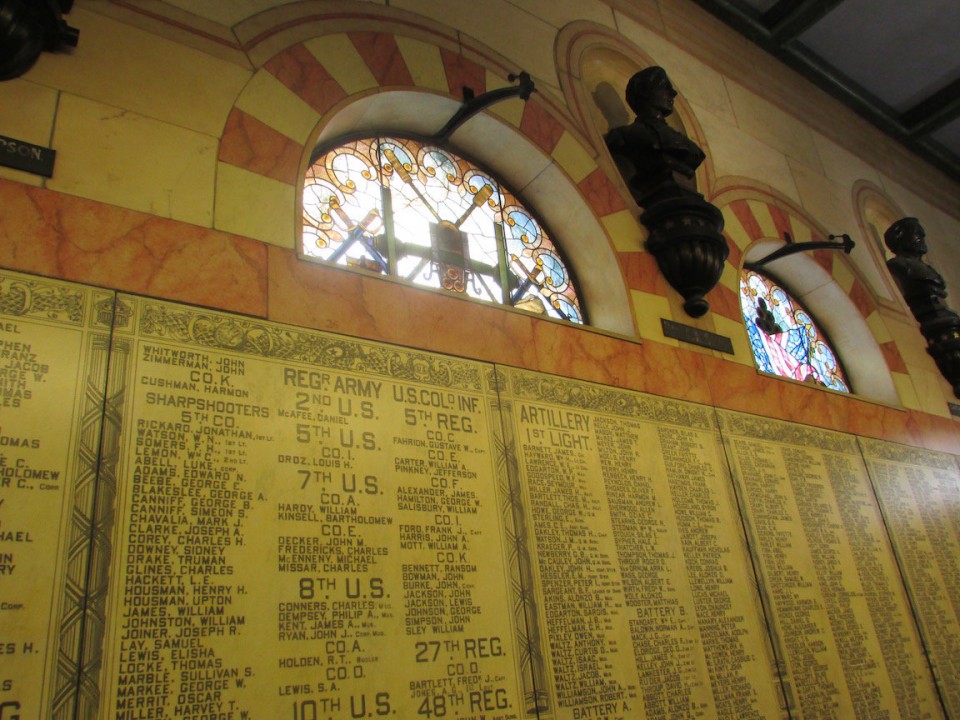 Construction on the monument, designed by architect Levi Scofield, began in 1891. Inside the monument are the names of more than 9,000 people who enlisted in the Union army from Cuyahoga County. There are sculptures and images of Union leaders as well as a number of relics. A 125-foot shaft rises above the monument’s roof with a fifteen-foot figure of Lady Liberty on the top.

Outside, the monument features four groups of bronze statues representing the Infantry, Artillery, Cavalry and the Navy, each depicted in battle. In the background are military and naval emblems.

Both Public Square and the Soldiers’ and Sailors’ Monument underwent major renovations that were completed in the summer of 2016.