The Cleveland Trust Building opened in 1908. It now houses a Heinen's Supermarket as well as a hotel and apartments. 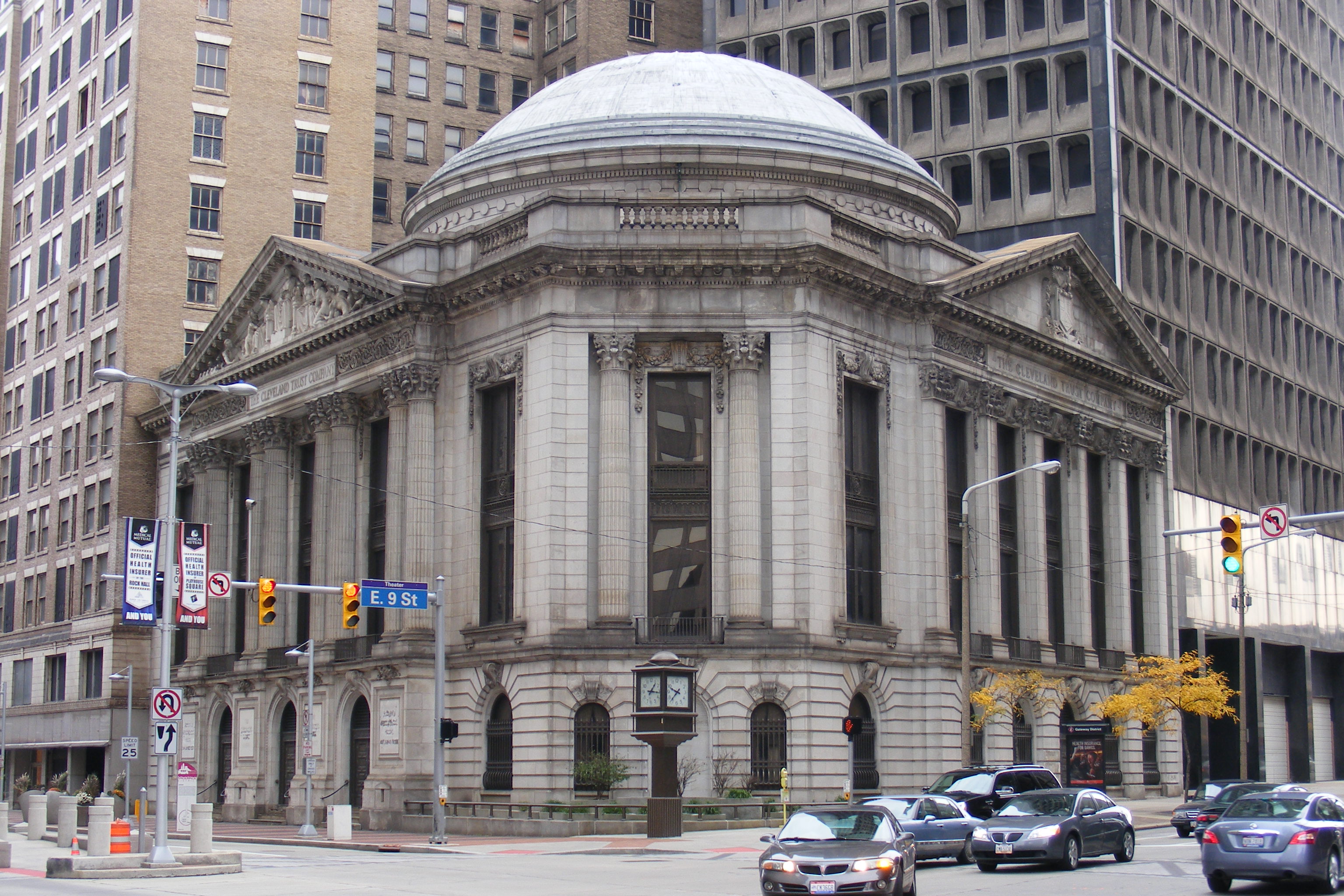 Renowned architect George B. Post, who also designed the New York Stock Exchange, won a contest for the opportunity to create the building. It was built in Beaux-Arts style with three stories of white granite facing. The building’s rotunda is the dominant feature with an eighty-five-foot dome ceiling. There are Tiffany-style glass panels and fluted columns as well as marble floors and walls. Artist Francis David Millett completed the thirteen murals that adorn the walls just below the dome.

Years later, the bank hired architect Marcel Breuer to add two towers framing the rotunda; only one was built. The collapse of the real estate market in the 1980s substantially hurt the bank, then known as AmeriTrust and one of the biggest institutions in the country. Society Corporation bought out AmeriTrust in 1991 and the building later closed in 1996. It was empty for nearly twenty years.

In 2013, the building and adjacent tower were converted to a hotel and apartments. A Cleveland grocery-store chain turned the rotunda and an adjacent building into a 27,000-square-foot supermarket, which was completed and opened in 2015.

The building was added to the National Register of Historic Places in 1973.