The Museum of Southern History presents a sympathetic view of Confederate history through exhibits and books, as demonstrated by the self-published "Florida in Turmoil" advertised on the museum's webpage that refers to the Confederates who waged war against the United States as "people who came to (Florida's) defense. The museum features many items on display including weapons, canon shells, flags carried by Confederate regiments, and two battle dioramas (one depicts the Battle of Sharpsburg and the other Battle of Olustee). Information is provided about these battles as well as others that occurred in Florida. An interesting item is the Lincoln Flag, which was draped over Lincoln's casket as it lay in state in Philadelphia. The museum also features a reference library holding 6,000 books and a shooting range where museum staff show visitors how to shoot Civil War muskets.

An exhibit showing a Confederate encampment 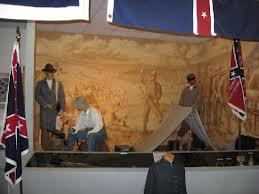 The Museum of Southern History 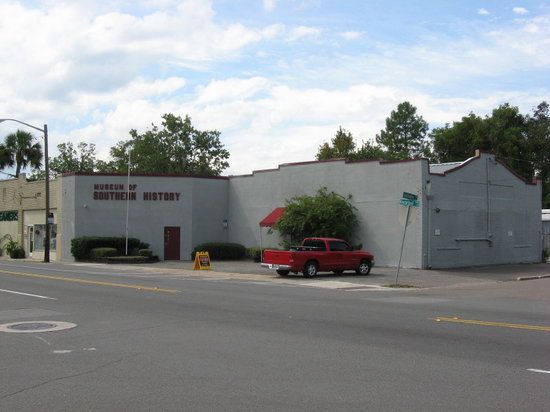