The Cathedral Basilica of Saint Augustine is America's First Parish and is the oldest church in the state. The city of St. Augustine was founded and established in 1565 by Don Pedro Menéndez de Avilés, who began his adventure by sailing from the port of Cádiz, Spain. On August 28 of that year, which happened to be the feast day of Saint Augustine of Hippo, his expedition first sighted land along the east coast of Florida (the area that is today Cape Canaveral). Menéndez decided to name the settlement after Augustine to honor the saint. Constructed over five years (1793–1797) and rebuilt in the late 19th century, the cathedral was designated a National Historic Landmark in 1970. Several churches stood in the city before this. English explorer and captain Sir Francis Drake attacked St. Augustine in 1586 and the original church burned down. It was rebuilt, this time with large timber, only to be destroyed once more in 1702 in an attack led by British-born South Carolina governor, James Moore. The church was not rebuilt and instead mass was held in the city's hospital. When the British took over Florida in 1763 any thought of rebuilding was put onto the back burner. After the Spanish regained control in 1784, calls for a new church emerged. Finally, the church we see today was built in the mid-1790s. Sadly, a fire destroyed it in 1887, though its walls were sturdy and were used to once again rebuilt the cathedral.

Originally constructed in 1797, the Cathedral Basilica of St. Augustine is a National Historic Landmark. 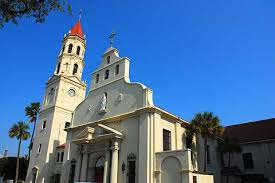 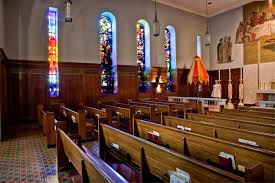 Up close view of one of the windows. 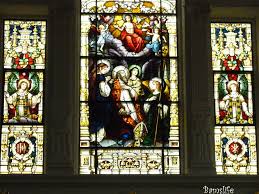 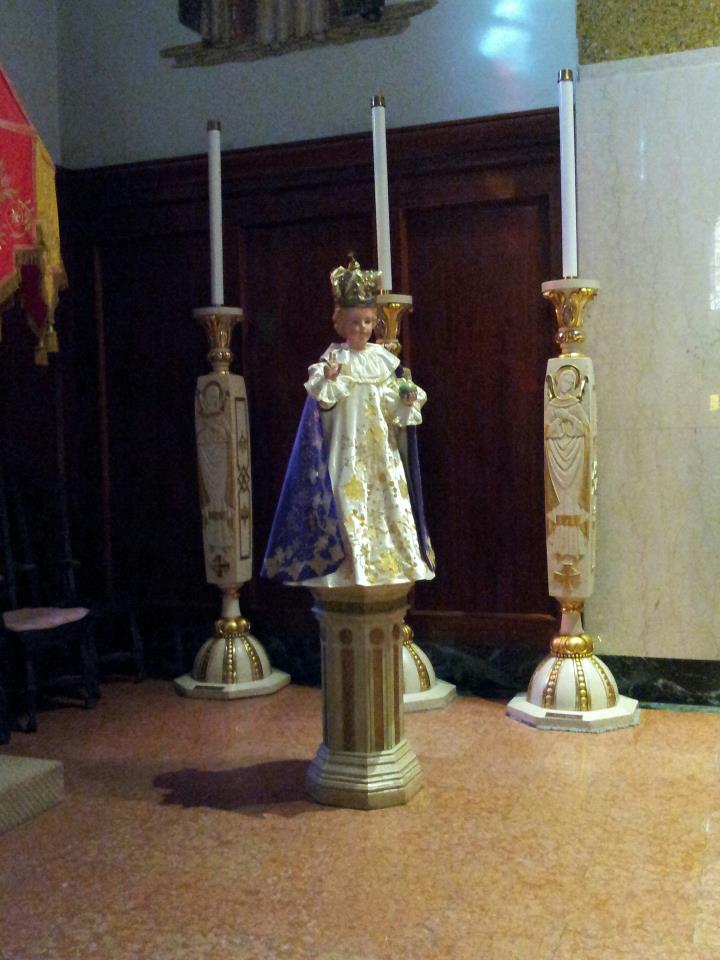 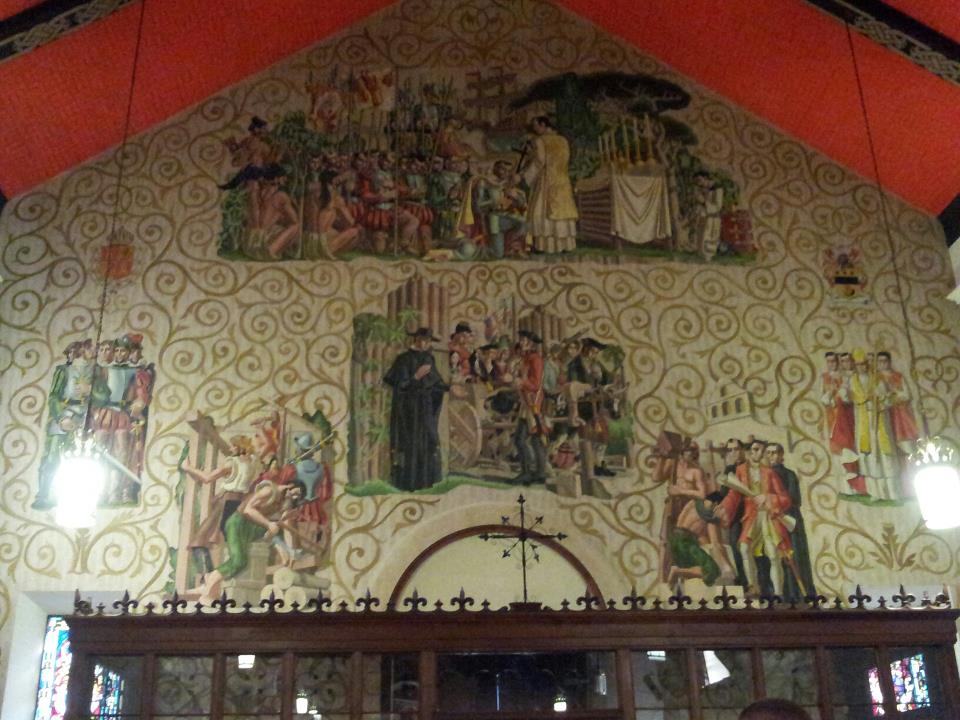 Interior view of the cathedral 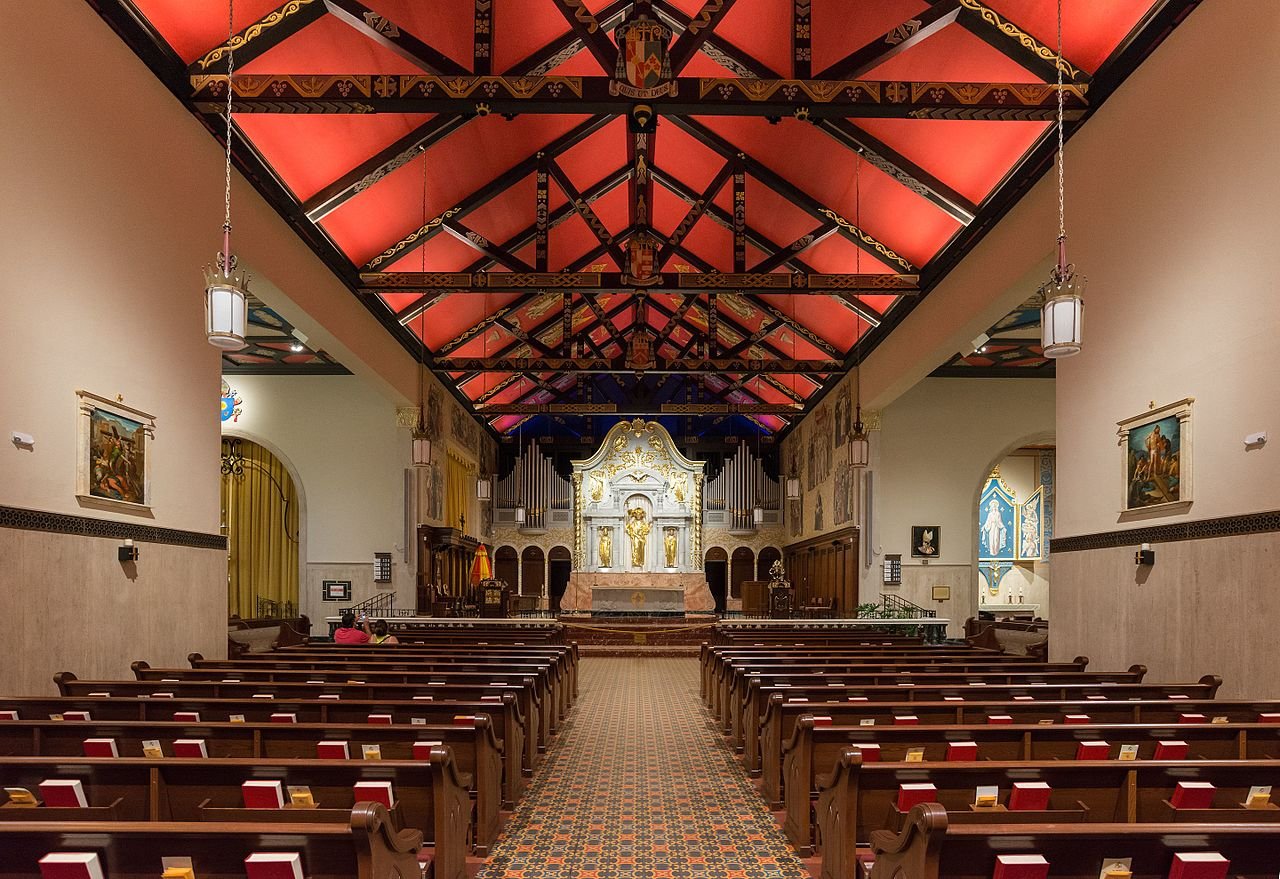 The Cathedral Basilica of Saint Augustine is one of the most historic and oldest buildings in Florida. It’s considered a National Historic Landmark. It's history begins on September 8, 1565 when the Spanish celebrated the founding of St. Augustine by hosting a Mass by the shore.

Several churches stood in the city before the current Cathedral was built. English explorer and captain Sir Francis Drake attacked St. Augustine in 1586 and the original church burned down. It was rebuilt, this time with large timber.

The church went through human battles and several fires during Queen Anne’s War. The English Governor of South Carolina, James Moore, raided St. Augustine destroyed the existing church (Cathedral of St. Augustine Historic Landmark). When the British took over Florida in 1763 any thought of rebuilding was put onto the back burner. After the Spanish regained control in 1784, calls for a new church emerged. In 1786 the Spanish ordered a construction of the new church. Finally, the church we see today was built. After the reconstruction a bell tower was added along with a Blessed Sacrament Chapel. It was about done around 1793 and re-opened August 1797. (Cathedral of St. Augustine Historic Landmark).It is designed with stones called coquina for walls and is held up by fluted columns that were built by the missions and parish churches (St. Francis Inn). The first bishop who was invested in the Cathedral was Augustin Verot.

Henry Flagler also contributed to the appearance of the church. He was one of the few who constructed many of the modern buildings around St. Augustine, including the Bell Tower. His famous hotels brought a lot of tourists to town. After the fire from a nearby hotel in St. Augustine in 1887 spread to the Cathedral, he funded its reconstruction ("The Cathedral Basilica of St. Augustine").

Some more facts about the architecture of the Cathedral is that it not only is built with coquina, but also has curving facade bells, and clay roof tiles. The facade bells are dedicated to Spain’s Royal Family on thanksgiving for their contribution which provided a church for America’s First Parish. They were refurbished in 2013 as part of the Rejoice and Restore Project (Cathedral of St. Augustine Historic Landmark).

The inside of the church has stained glass windows that have depict scenes from the life of Saint Augustine of Hippo, which is one of the main and important reasons to why St. Augustine is called St. Augustine. The ceiling is made out of plain wood, has a doric altar screen, three niches, chancel rail, box pews, movable Ionic side altars, and crystal chandeliers (Cathedral of St. Augustine Historic Landmark).

Presently the Cathedral Basilica of Saint Augustine is surrounded by many fun tourist attractions such as The Old Town Trolley and George Street. The Bell Tower, that was constructed by Henry Flagler, was refurbished through a grant from William R. Kenan, Jr. Charitable Trust in January 2013 (Cathedral of St. Augustine Historic Landmark).

This Cathedral is still treated like a modern church and not just a landmark. The Cathedral still holds Masses to this day and has a set schedule for anyone to go, Monday-Friday 7:00am, Saturday 7:00am and 5:00pm, and Sunday times are 7:00am, 9:00am, 11:00am, and 5:00pm. The Cathedral also holds a lot of events for people to go visit such as hosting choir concerts, art work walks, and Organ/Chello concerts. (www.theoceangallery.com/the-cathedral-basilica-of-st-augustine/).