Built in 1881, Adelbert Hall is the administration building at Case Western Reserve University. It was named after Adelbert Stone (1844-1865), the son of industrialist and railroad magnate Amasa Stone (1816-1883), who donated funds to relocate the university from Hudson, Ohio to Cleveland. The building was designed by architect Joseph Ireland, who combined Italianate, Stick/Eastlake, and Romanesque styles to give it its unique appearance. The building is four stories tall and made of buff sandstone. It was added to the National Register of Historic Places in 1973.

Adelbert Hall was built in 1881 and houses the university's administration offices. A fire gutted it in 1991, but it was eventually restored. 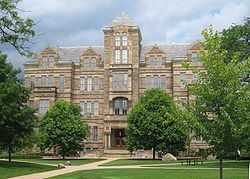 Amasa Stone (1816-1883) provided the funds to move the university from Hudson, Ohio to Cleveland. 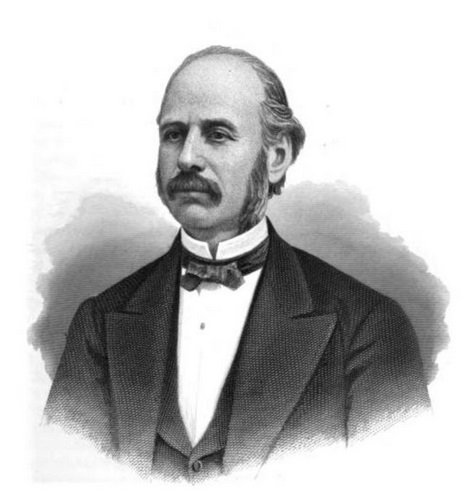 Adelbert Hall was the first WRU building in University Circle. It housed a wide range of departments and occupants before eventually becoming the administration building. The building has had a number of renovations and modifications through the years. Abram Garfield served as architect for the additions in 1922.