The Packwood House Museum (originally known as the Packwood House--American Hotel) s a historic inn and tavern located in Lewisburg, Pannsylvania. It was originally built around 1813 and expanded in approximately 1866. It has housed a decorative arts museum since 1972.

The Miriam Fisher Terrace at the Packwood House Museum contains the Fetherstons' 1930s oriental garden, with its rare Japanese cedars. 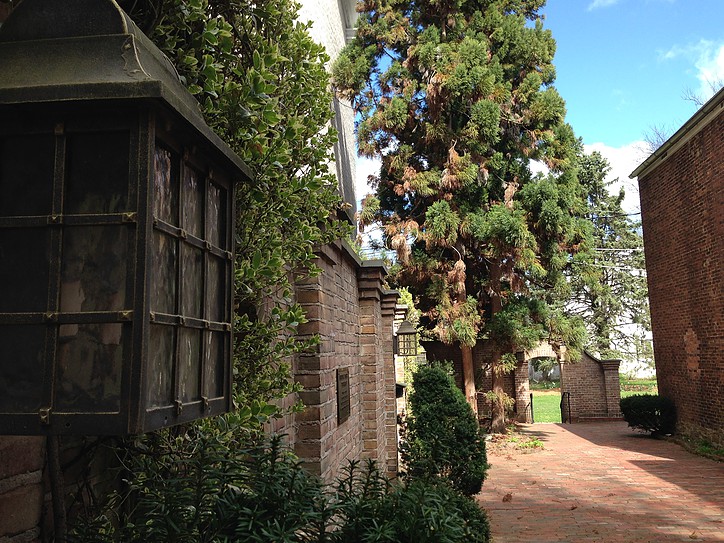 The Packwood House Museum sits at the corner of Market and Water Streets in Lewisburg, Pennsylvania. 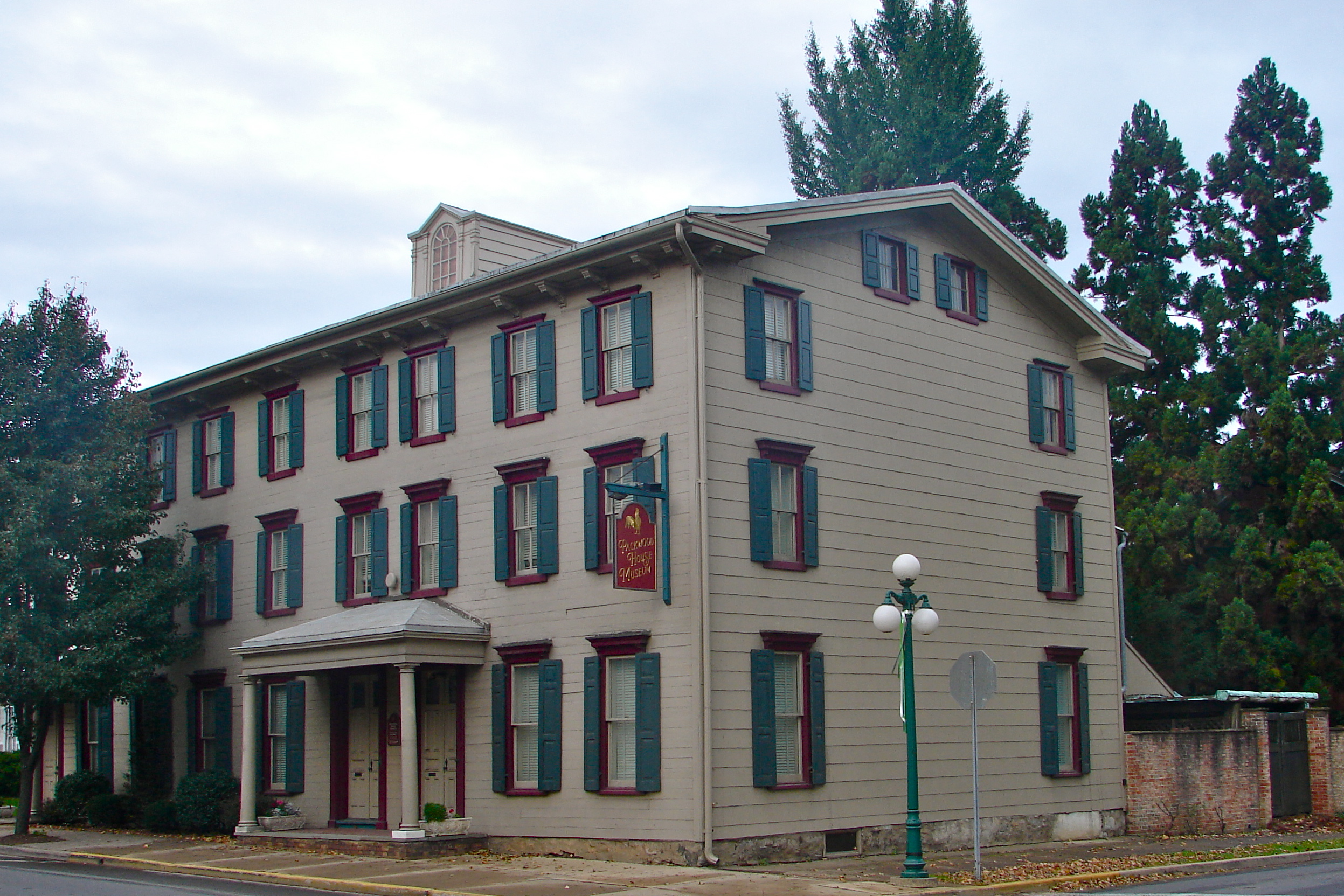 Map of the Pennsylvania Canal (and the Lewisburg crosscut) on which the building that now houses the Packwood House Museum served as tavern and inn. 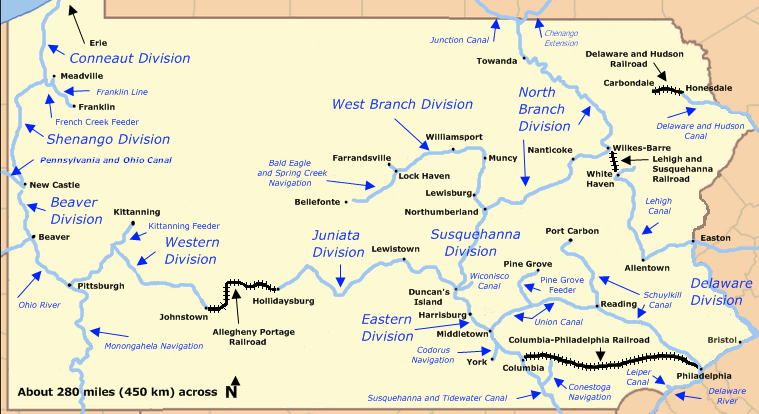 The Packwood House Museum displays over 250 quilts from Edith Featherston's collection, dating from 1813 through the 1930s. 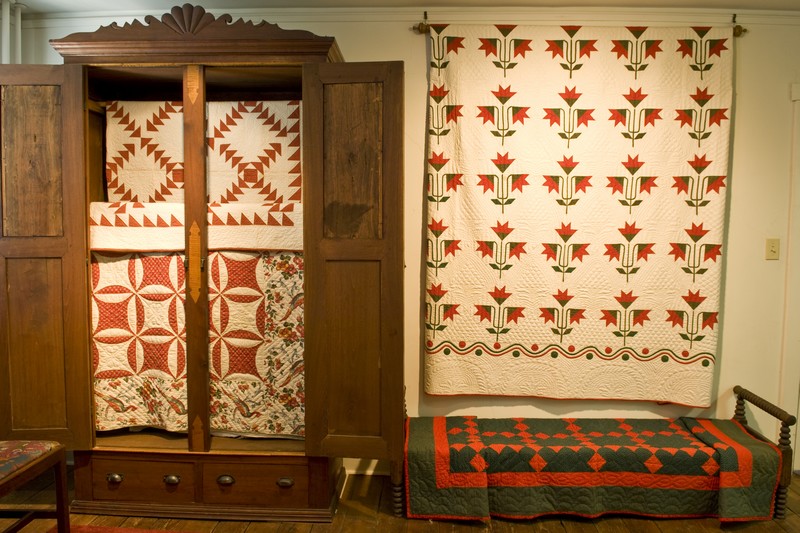 The building that now houses the Packwood House Museum is one of the oldest and most historic structures in Lewisburg, Pennsylvania, and, indeed, one of the oldest log-built structures of its kind in the state. Originally constructed as a two-story log cabin between 1796 and 1799, the building initially served as a tavern and inn for travelers along the Susquehanna River. The early nineteenth-century construction of the Pennsylvania Canal Lewisburg crosscut required the evolution of the structure into a hotel--an impressive three-story twenty-seven-room building known as the American House. By the 1860s, however, the arrival of the Pennsylvania Railroad put a damper on river travel and, in turn, lessened the need for a riverside hotel. The American House eventually closed in the late 1880s and the structure was converted into three townhouses.

The New York City civil engineer John Fetherston and his Lewisburg-native wife, Edith Fetherston, lived in various places along the East Coast but returned to Lewisburg in 1936, purchasing the entire building as a retirement home. They decided to name their home "Packwood" after a Fetherston family ancestral home in England. John died in 1962 and Edith died in 1972; their wills established a trust for the creation of the Packwood House Museum, which opened in 1976. The structure was listed on the National Register of Historic Places in 1978.

Current visitors can tour the historic building (independently or with a guide), and can see the Fetherstons' collection of glass, ceramics, furniture, textiles, and paintings, and their 1930s oriental/Pennsylvania woodland garden, boasting the area's only century-old cryptomeria trees, also known as Japanese cedars. The Miriam Fisher Terrace, part of the garden, is publicly open for small gatherings, but the space is also rentable for weddings, large parties, and other receptions.

The museum contains one of the area’s best collections of antique Pennsylvania quilts. Edith Fetherston was collector of textiles, and the local antiques dealer Robert Glover Shoemaker gathered and curated her quilt collection for the museum. Visitors can see more than 250 unique and colorful antique quilts, most of them dating from the mid-nineteenth to the early twentieth centuries. An educational component of the museum focuses on the quilt collection, holding regular classes to discuss the meaning behind the patterns (such as stars, baskets, rings) of the quilts. Tours covering other themes are also available, discussing the connection of the Packwood House to the agricultural region, to Bucknell University, and to the history of the region's changing transportation landscape.

The Pennsylvania Canal (West Branch Division) that inspired the original expansion of the building ran seventy-three miles from the canal basin at Northumberland (at the confluence of the west branch of the Susquehanna River with the main stem of the Susquehanna River, north through Muncy, then west through Williamsport, Jersey Shore, and Lock Haven, to its terminus in Farrandsville. At its southern terminus in the Northumberland basin, the West Branch Canal met the North Branch Canal and the Susquehanna Division Canal. Through these connections to other divisions of the canal, it formed part of a multistate water transportation system.

The arrival of the Pennsylvania Railroad to downtown Lewisburg in the 1860s changed the transportation landscape of the region, moving from river (the canal) to rail. Such an evolution lessened the need for river travel and, by extension, reduced the need for large river-based hotels. By the 1880s the American House had closed and was converted into the three townhouses that were eventually purchased by the Fetherstons.