Located in the Lincolnville District, St. Cyprian’s Historic Episcopal Church was founded in the 1890s by African-Americans who didn’t have a church in which to worship. During the Civil Rights Movement, the church officially stayed out of the efforts for change but some members did participate, albeit discretely. The church is named after Saint Cyprian of Carthage (located in northern Africa) whose life was similar to that of St. Augustine.

St. Cyprian's Historic Episcopal Church was established in the 1890s. 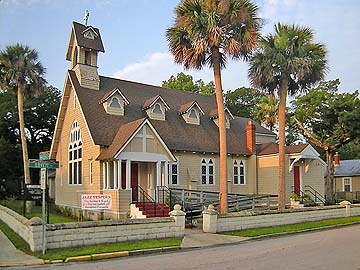 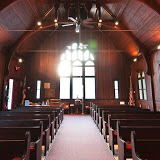 Trinity Parish was St. Augustine's first Episcopal Church, but it didn’t escape the racism of Post-Confederate South.  A woman by the name Mrs. Julia Jackson from the Bahamas moved to St. Augustine. Understanding why African-Americans were uncomfortable with the Episcopal churches, she offered the people to worship with her in a different place. In 1893, Bishop Edwin Gardner Weed sent a deacon to take over from Mrs. Jackson. This became the first African-American Episcopal Church in St. Augustine.

The present church was restored in 1990. This is also when the membership, finances, and structure began to decline. P.W. Cassey, who was the first deacon of the new church, built the church as a solid, comfortably segregated pillar of Lincolnville. The church became welcoming and even accepted gays in the church and leadership, which caused many parishioners to leave it in 2006.