Beaches in Florida were required to be open to all citizens on an equal basis, however, the beaches remained segregated and local officials and law enforcement refused to enforce the federal law. St. Augustine Beach and Crescent Beach were open to whites in 1964 despite the law while African Americans could only enjoy Butler Beach. In response, African Americans met and organized a series of "wade-in" at pools in beaches in Florida. Tensions increased during the summer and on June 25, 1964, white counter-protesters attacked African Americans at Butler Beach. 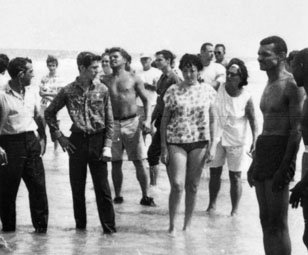 White counter-protesters at Butler Beach attacked black protesters and some bore Confederate flags- a symbol utilized by some white supremacists during the Civil Rights Movemen of the 1960s. 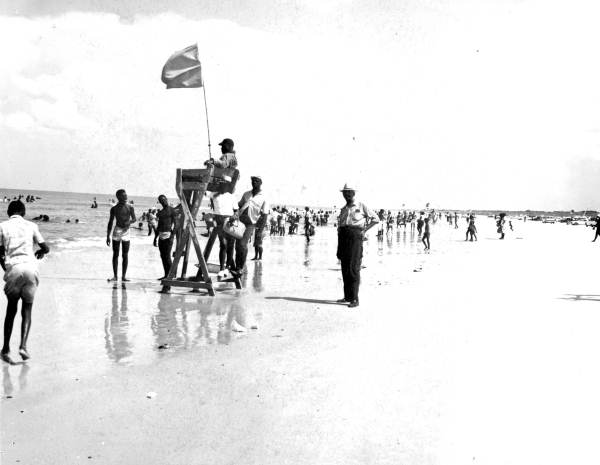 The confrontation on Butler Beach was so large that it attracted the attention of national leaders such as Martin Luther King Jr. as well Reverend Connie Lynch, Richard "Hoss" Mannussey, and notorious Klan leader J.B. Stoner. Ten white and ten black citizens were arrested. The incident, along with other civil rights protests, inspired Martin Luther King Jr. to come to St. Augustine later in the year.

In the video below, notice how the commentator refers to the civil rights demonstrations as "the St.Augustine Disorder" and seems neutral on the arrest of "segregationists" and "integrationists" without noting that the former was acting in violation of the law. The video below shows the police response. In total, 500 white residents attacked the 75 African Americans who attempted to integrate the "white-only" beach by holding a "wade-in" and ten white and ten black citizens were arrested. Today, the beach is named in honor of Frank B. Butler, a local civil rights leader, and businessman.