The Cayce Historical Museum serves to share the history of the City by the River. “The museum interprets the agricultural, social, and cultural heritage of the Cayce, Old Saxe Gotha, Granby, and West Columbia areas,” and the museum’s “exhibits will chronicle the history of the first European settlements in the midlands area of South Carolina, beginning in the early 1700’s” (“About the Museum”). The exhibits focus on colonial trade, agricultural development, transportation from the 18th century to today, and Native Americans, who have lived in the area for thousands of years. 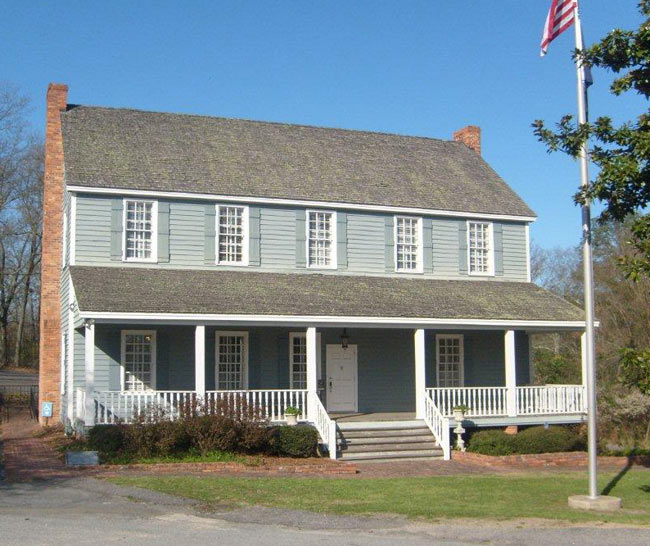 The museum’s building is a replica of the city’s trading post that was built in 1765.  The post was taken over as a fort for the British during the American Revolution.  In 1817, the Cayce family purchased the building and it served as a family residence for the next 100 years.  The city itself has a very rich history stemming back to the 1600s and earlier.  Several explorers traveled through and visited the area during the 17th and 18th centuries and in 1718, the first permanent fort was constructed in the area.

The area’s two most famous historic towns are Saxe Gotha and Granby.  The township of Saxe Gotha was incorporated in 1733 after instruction form King George III and settlers arrived in 1734.  Incorporated in 1735, the town of Granby was an important commercial town along the Congaree River.  Granby was the site of many firsts, including being the home of the first ferry built in 1754 and served as the 1st seat of Lexington County.  Granby was a prosperous railroad town in the 19th century, a tradition that carried on to Cayce, which officially became a city in 1914 and welcomed the museum in 1991.