Built in the early 1890s, this house belonged to Modjeska Simkins, whom many considered to be the matriarch of civil rights in South Carolina. At a time when Black people weren't allowed to stay in hotels, several civil rights leaders stayed here and had meetings. Simkins lived in this house for 60 years until her death in 1992. It is now owned and operated by Historic Columbia. 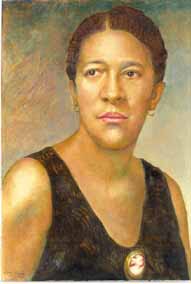 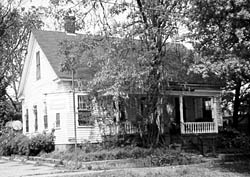 Modjeska Monteith Simkins was born on December 5, 1899 in Columbia, South Carolina. She was involved heavily with the civil rights movement, and was a political activist. She also had a brief career as a teacher.

Simkins moved into this house in 1932 and stayed here until her death in 1992. During the early 1900s Black people were not allowed to stay in the hotels of Columbia, so she allowed people to stay at her house. She housed prominent people from the NAACP such as Thurgood Marshall, and others from the civil rights movement. This house was also a civil rights meeting place.

The biggest moment of the houses history came with the court case of Briggs vs. Elliott, which was a call to have schools in Carenden County for Black children that were equal to those of white children. The schools that the Black children attended were in horrible condition, and they were looking for the equality they were promised. This case was eventually merged with a few others and became Brown vs. the Board of Education, which overturned the doctrine of "seperate but equal".

After Simkins death, the house sat vacant until 1996 when a community group began raising money to restore the house. The restoration was completed in 2002 and in 2007 the Historic Columbia Foundation took over management of the house.

No tours available as of yet but it is available for group visits and meetings.