The Fort Pitt Museum is an indoor/outdoor facility located in Point State Park at the confluence of the Monongahela and Allegheny Rivers where the Ohio River forms. First opened in 1969, the museum is a recreation of the original Fort Pitt constructed by British forces during the Seven Years’ War in 1758 alongside the nearby outline of the French Fort Duquesne that remains in existence by the museum today. Although initially operated by the Pennsylvania Historical and Museum Commission, the site has been under the purview of the Heinz History Center since its bankruptcy and sale in 2009. In both iterations, the Fort Pitt Museum has testified to the integral role colonial expansion and European-Indian relations played in Pittsburgh’s history. Anyone interested in that history can visit the museum during its regular operating hours from 10 AM to 5 PM daily.

The strategic location of the fort – at the Forks of the Ohio River – helped to shape the course of American and world history. 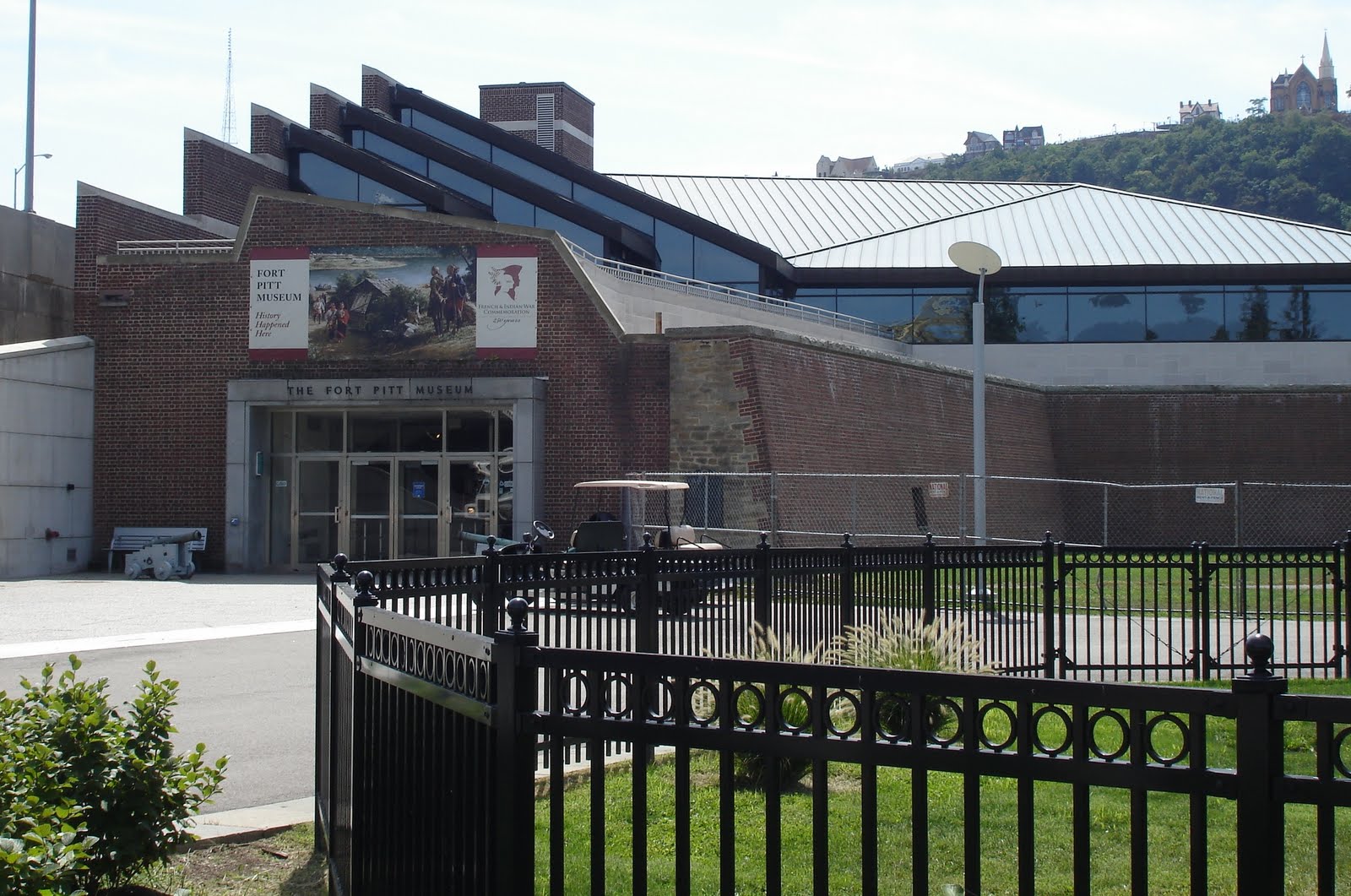 The Blockhouse just outside the museum. 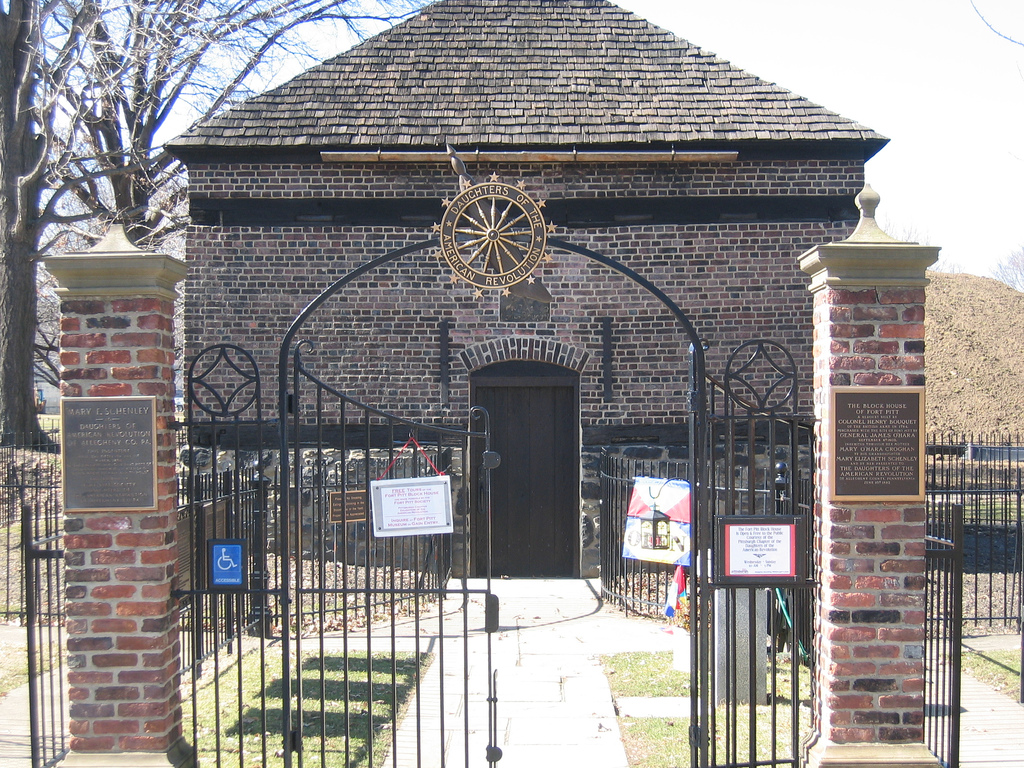 Making munitions within the museum. 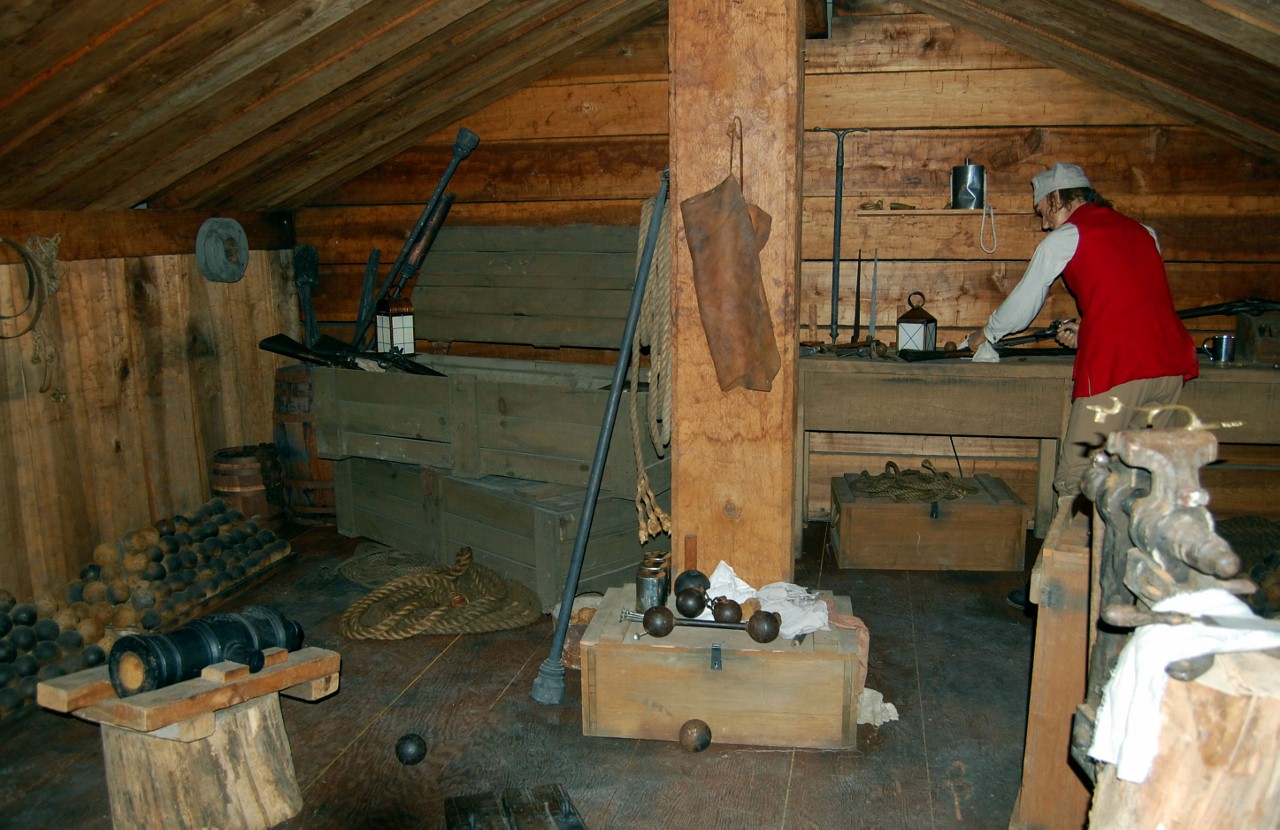 The large diorama of Ft. Pitt as it looked back in the 18th century. 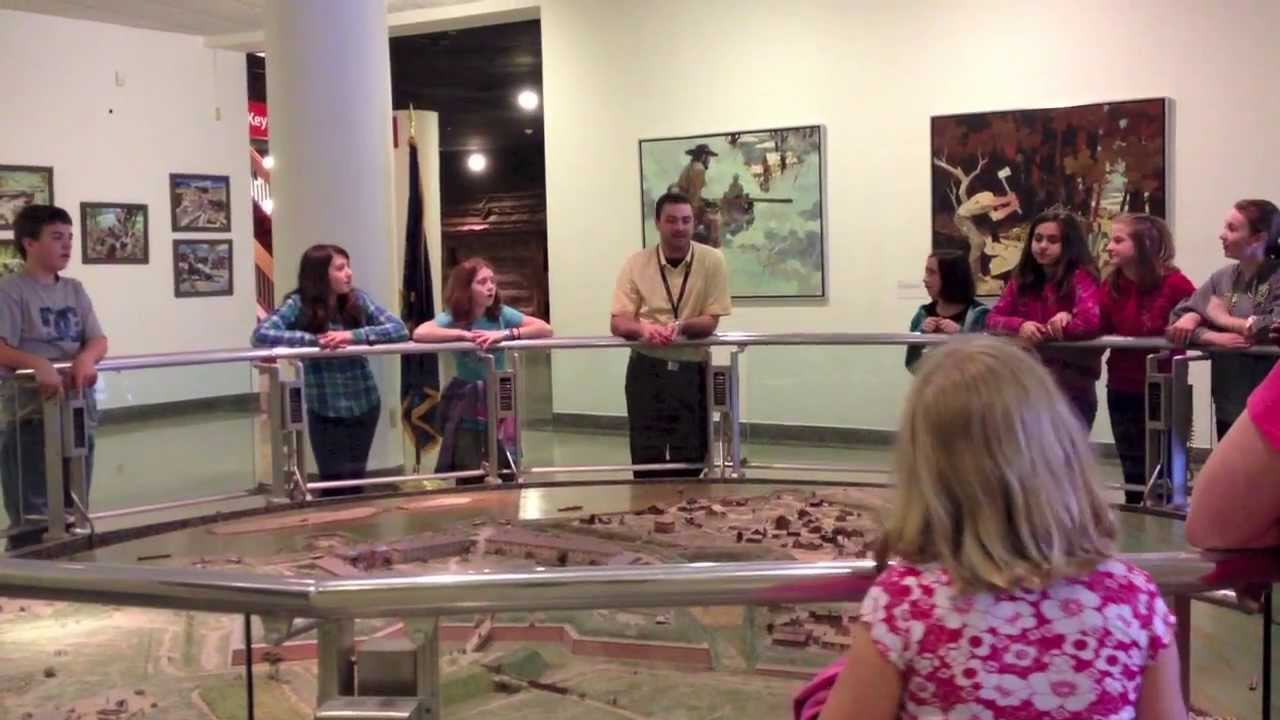 The various European fortifications constructed at the confluence of the Monongahela and Allegheny Rivers played a key role in colonial and international relations in the eighteenth century. The first such construction, the French Fort Duquesne built in 1754, prompted the expedition under Virginia militia colonel George Washington that set the Seven Years’ War in motion the same year with the Battle of Jumonville Glen. It was also the target of the ill-fated Braddock Expedition under British General Edward Braddock, who fell along with almost five hundred of his men at the Battle of the Monongahela on July 9, 1755. After Duquesne finally fell to British forces under General John Forbes in 1758 the victors constructed new fortifications from 1759 to 1761 and named them Fort Pitt after Prime Minister William Pitt. The new Fort Pitt took the form of the popular pentagram shape of the eighteenth century, with bastions at the five star-point corners to enable defenders to rain enfilading cannon fire down on attackers.

Fort Pitt played a key role in British colonial expansion over the remainder of Britain’s rule on the eastern seaboard of North America. Its position on the Forks of the Ohio at the confluence of the Monongahela and Allegheny Rivers allowed British forces to command the most important trade and travel routes in the region, connecting the eastern seaboard and the St. Lawrence River Valley with the trans-Appalachian West. Its prominence also made it a magnet for Native activities of a military, economic, and diplomatic nature. It almost immediately became a target for anti-colonial indigenous forces after the Seven Year’s War ended, with a coalition of Native fighters under the Seneca leader Guyasuta besieging the fort in 1763 as part of Pontiac’s War. When Native efforts to drive British forces from the French holdings they had taken over in the Seven Years’ War failed during Pontiac’s War, they turned to trade and diplomacy. Fort Pitt soon became a frequent stop for indigenous visitors, who entered the British fortifications secure in the knowledge that they could obtain manufactured European goods there at more or less reasonable prices compared to those offered by traveling traders. When the American War for Independence broke out in 1775 Fort Pitt rose even further in prominence in the region, with agents for the new United States Congress treating continuously with Native representatives throughout the conflict. Most notably, Congressional Indian agent George Morgan and the Delaware leader Koquethagechton (White Eyes) negotiated the 1778 Treaty of Fort Pitt at the location, which included a stipulation for the creation of an indigenous state in the new nation that would receive full Congressional representation.

With the United States’ effective boundaries beginning to expand after they gained their independence in 1783, Fort Pitt’s importance as a border fortification gradually declined. The US Army decommissioned it in 1797 and over the next century and a half the city of Pittsburgh grew to replace it. Part of the original structure, a brick redoubt called the Blockhouse built in 1764, remains to this day under the operation of the Daughters of the American Revolution and is the oldest building west of the Allegheny Mountains. The rest was excavated by archaeologists in the early twentieth century and part of the foundations of the fort were rebuilt during the construction of Point State Park. The Pennsylvania Historical and Museum Commission operated the rebuilt fort as a museum starting in 1969, but the site began gradually to fall into disrepair due to budget constraints and other factors. The trenches surrounding the fort long served as temporary shelter for individuals experiencing houselessness and graffiti, debris, and litter were common sights outside the museum. When the museum faced bankruptcy in 2009, the Heinz History Center purchased and began operating it as part of its larger museum system in the area. The state of Pennsylvania has also done much to renovate Point State Park and the parts of the museum under the auspices of the Department of Conservation and Natural Resources starting in 2006.

The museum offers two permanent exhibits. The first covers the daily life of the 18th century residents of the upper-Ohio River Valley and features a diorama, fur trader's cabin, a replica cannon, and soldier's barracks. The second exhibit, "Fort Pitt: Keystone of the Frontier," includes two audio-visual presentations on the French and Indian War as well as the American Revolution, dioramas of the various iterations of forts that occupied the Point, and numerous artifacts that deal with 18th century diplomacy, war, and trade. The museum also offers living history events on summer weekends that demonstrate the proper way to load and fire a musket, 18th century music played by the museum's own fife and drum corps, and the firing of a British Light six-pounder cannon. Finally, also located at the museum is the original blockhouse or redoubt that was built in 1764. It is thought that this is the oldest surviving building is all of Western Pennsylvania.

The Fort Pitt Museum is a living reminder that the city of Pittsburgh and the state of Pennsylvania were built on a history of colonial expansion and European-Indian relations. Its rise and fall in prominence follow the progression of the United States as it grew westward and came into conflict with indigenous communities in North America. Today, it plays a key role in Pittsburgh’s historical community and represents important connection to the region’s past. Anyone interested in that past may visit the museum from 10 AM to 5 PM on a daily basis.

O'Meara, Walter. Guns at the Forks. University of Pittsburgh Press, 1979.