At the height of Whiskey making in Western Pennsylvania, there were 4,000 documented stills. Today, Wigle Whiskey is the only whiskey distillery in the region and was the first distillery in the City of Pittsburgh since Prohibition. The distillery is named in honor of a man who was sentenced to hang in 1794 for his role in starting the infamous Whiskey Rebellion. In the early 1790s, Phillip Wigle defended his right to distill corn into whiskey without paying new federal taxes. His struggle with local tax collectors inspired other farmers who depended upon whiskey production as a way to earn a living. His actions helped spark the Whiskey Rebellion, which pitted Western Pennsylvania distillers against George Washington's troops. Public tours of the distillery are offered daily and offer a walk through the process of converting grain into whiskey through fermentation, distillation, and aging. The tour also offers a look into the unique history of whiskey in the region including western Pennsylvania's infamous Whiskey Rebellion where local farmers challenged the legality of taxes levied by the new government led by George Washington and Alexander Hamilton. 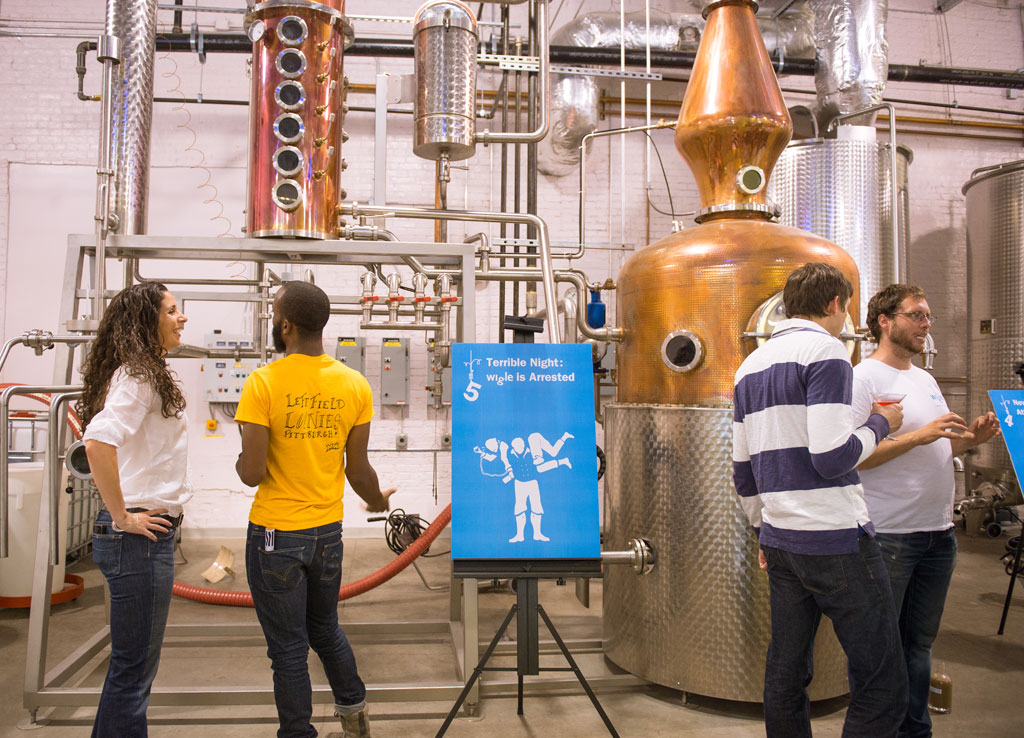 Learn more about the role of the Whiskey Rebellion in early American history with Thomas Slaughter's book from Oxford University Press. 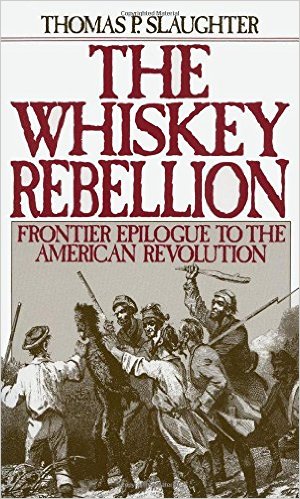 American whiskey was born in Pittsburgh. Throughout the 1700 and 1800s, Pittsburgh was the epicenter of American Whiskey production. By 1808, Allegheny County was producing half a barrel of whiskey for every man, woman and child living in America. At this time, Americans drank a spicy, earthy Rye Whiskey called Monongahela Rye. At the height of Whiskey making in Western Pennsylvania, there were 4,000 documented stills. Today, Wigle Whiskey is the only whiskey distillery in the region and was the first distillery in the City of Pittsburgh since Prohibition.
Today, the leaders of this distillery pride themselves on restoring a Pennsylvania tradition of turning local grain into whiskey. The distillery follows traditional methods that would be familiar to many of the rebellious distillers of the 1790s, although they are careful to add that they do not share Phillip Wggle's 18th century views on matters related to taxation.