Foster's Tavern is a historic tavern, once located along the stage coach road. Built ca. 1801, the tavern was a favorite stopping place for Senator and Vice President John Caldwell Calhoun, and once hosted Bishop Asbury, the founder of Methodism in South Carolina.

Foster's Tavern as it appears today. 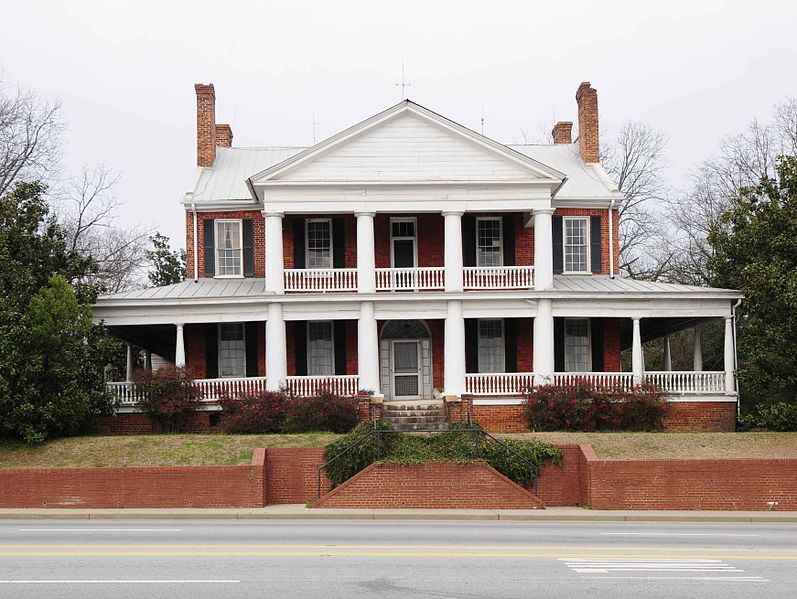 The tavern, built by Anthony Foster, is located on the intersection of Cedar Springs Road and 295, also the historic intersection of the Pinckneyville and George Roads.  This made the area a prime location to attract weary travelers.  Construction began in 1801 and the house took roughly 7 years to complete.  Slaves provided the labor for construction of the house.

Of primary significance is the brick construction, which was locally made .The main columnned portico was added about 1845, with the large porches being added around 1915.  The house itself is built in the federal style.

One of the most famous patrons was South Carolina Senator John C. Calhoun, who frequently spent the night in the tavern.  The southwest room on the second floor is typically called the John C. Calhoun room.  Local legend claims that George Washington spent a night in the house, but since he never visited the Upcountry and died before construction began, that seems unlikely.