This historic site is a grist mill, a mill for grinding grain, established by William Miller in 1830. Currently operated by a Mr. and Mrs. Johnson, the mill is well known in the area for standing as long as it has in its current location. Despite nature and time disabling certain parts of the mill over time, the mill still stands tall as a local landmark, bringing with it memories of much simpler times.

A view of the mill. 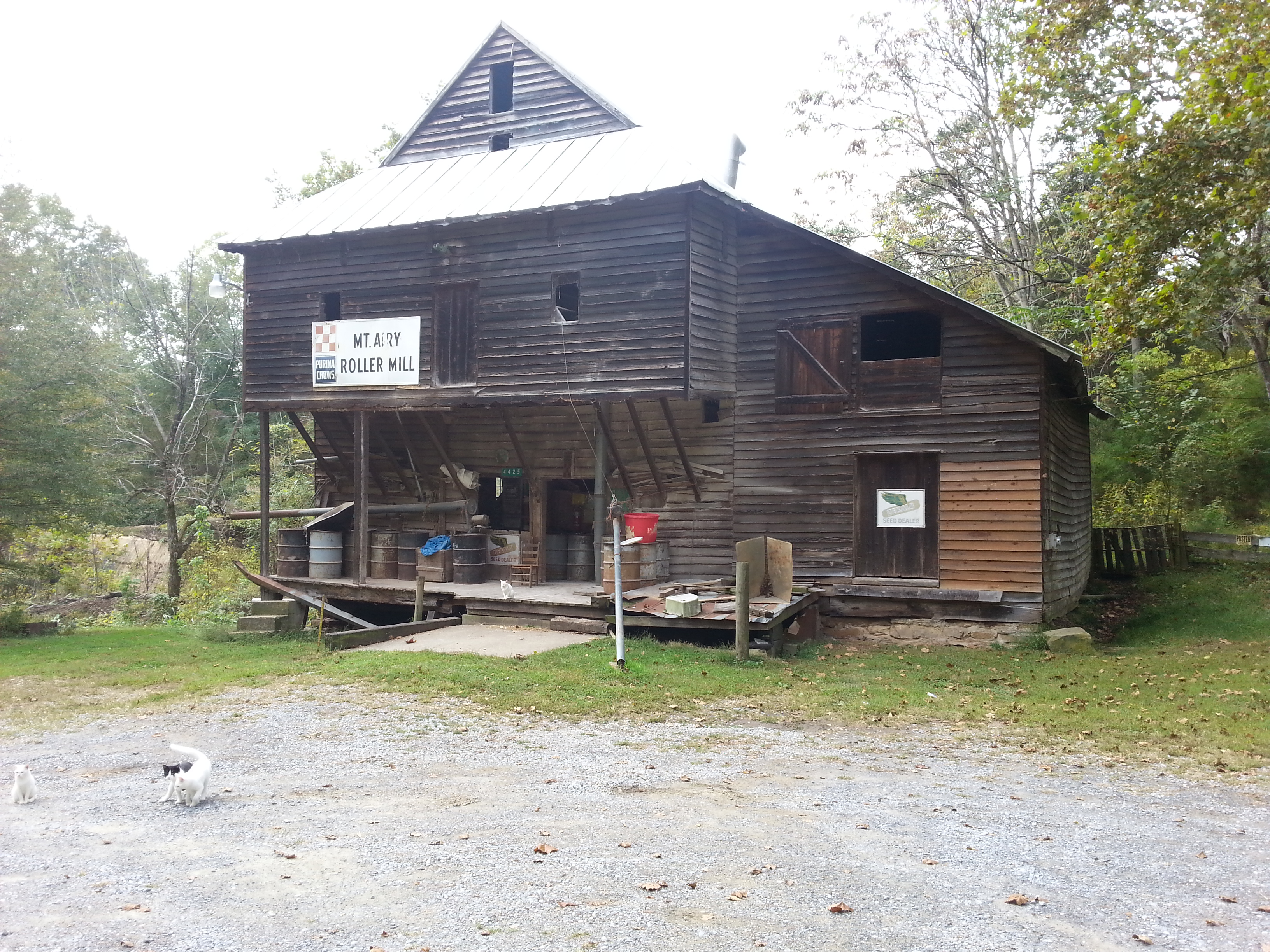 A few felines visiting the mill. 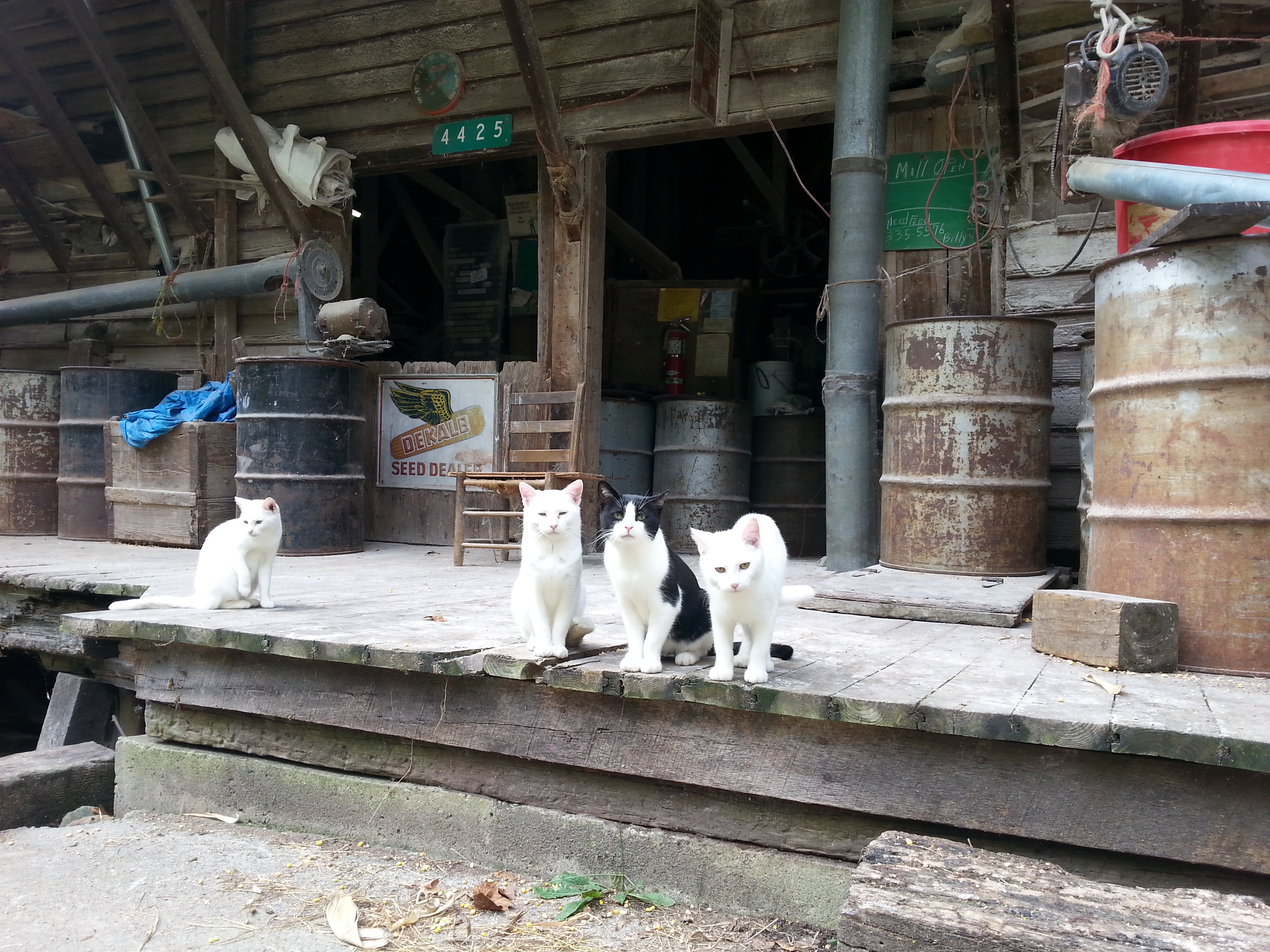 In 1770, the original mill was established by Robert Bolton in Pennsylvania. Roughly 50 years later, the mill was formally re-structured into the current form of a grist mill, by William Miller.

In 1917, the mill was acquired by Posye Johnson, who installed a Fitz overshoot water wheel and Salem roller four mill and replaced the original log dam with concrete. Mr. Johnson operated the mill until his death in 1948. At that time, Posye's son, William (Billy) Johnson, began to operate the mill. Flour was ground in the mill until 1968 and the water wheel was used to clean wheat until 1997, when Hurricane Fran disabled it. Today, the mill is used for custom grinding and mixing feed by Mr. and Mrs. Johnson.

Notably, in some way or another, the same mill has been standing for over 200 years. Johnson’s Mill remains an important piece of history for residents.