When the Pennsylvania Hotel opened in 1926, it was the seventh major hotel constructed in the city of St. Petersburg and the tenth constructed in Pinellas County during the short-lived Florida Land Boom of the early 1920s. The building appears unique when compared to the art deco, terra cotta, classical, and Mediterranean styles of architecture that typify the city. This building was constructed in the Chicago Style that blended efficiency, steel frame construction, vertical windows to maximize light, and modern architecture with subtle classical features.

Constructed in 1926, the Pennsylvania Hotel is now operated as part of the Mariott franchise. 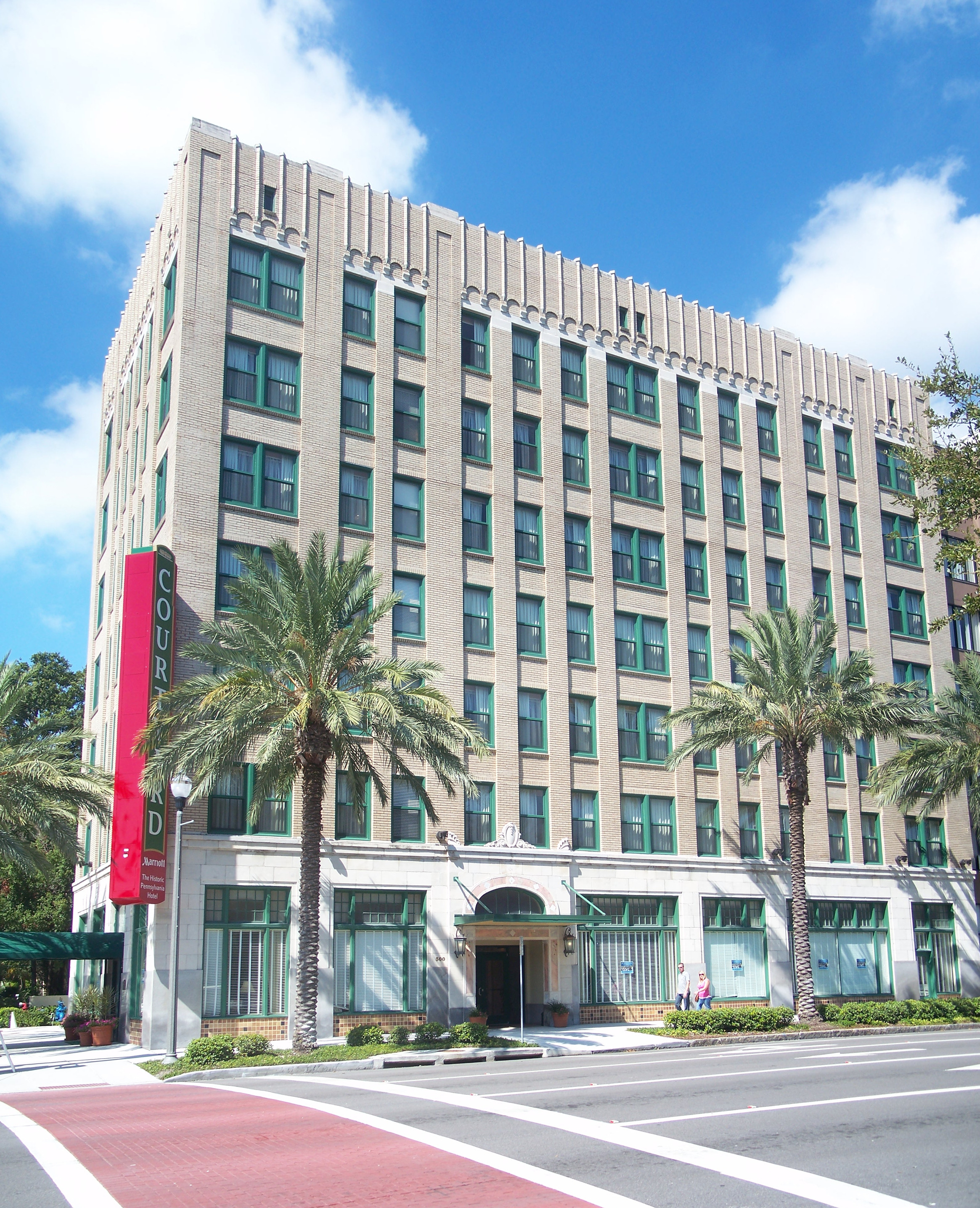 The hotel was built for Harry C. Case, a man who came to St. Petersburg from Philadelphia and managed the city's new streetcar line. The hotel struggled during the Great Depression and Case was forced to sell the building to former teacher-turned-lumber baron and politician Ninian Ulysses Bond in 1937. During the 1940s, Bond operated this and several other leading hotels of the city, including the Ponce de Leon and the Colonial.

Combining architecture, historic hotels, and baseball lore, this mile-and-a half tour starts at City Hall and ends at the legendary Vinoy Park Hotel. Highlights of the tour include the city's famed open-air post office, landmarks buildings from the 1920s, and several hotels that were constructed during Florida's land boom.