The Cuban Friendship Urn, alternatively known as the Cuban-American Friendship Urn or the USS Maine Memorial, is located in East Potomac Park. The urn is a marble sculpture commemorating the U.S. sailors and Marines who perished aboard the USS Maine, which sank in Havana harbor in 1898. It features a Spanish-language inscription of a message from Cuban President Gerado Machado. The monument has been called one of "10 monuments you've probably never heard of" in the District of Columbia area. 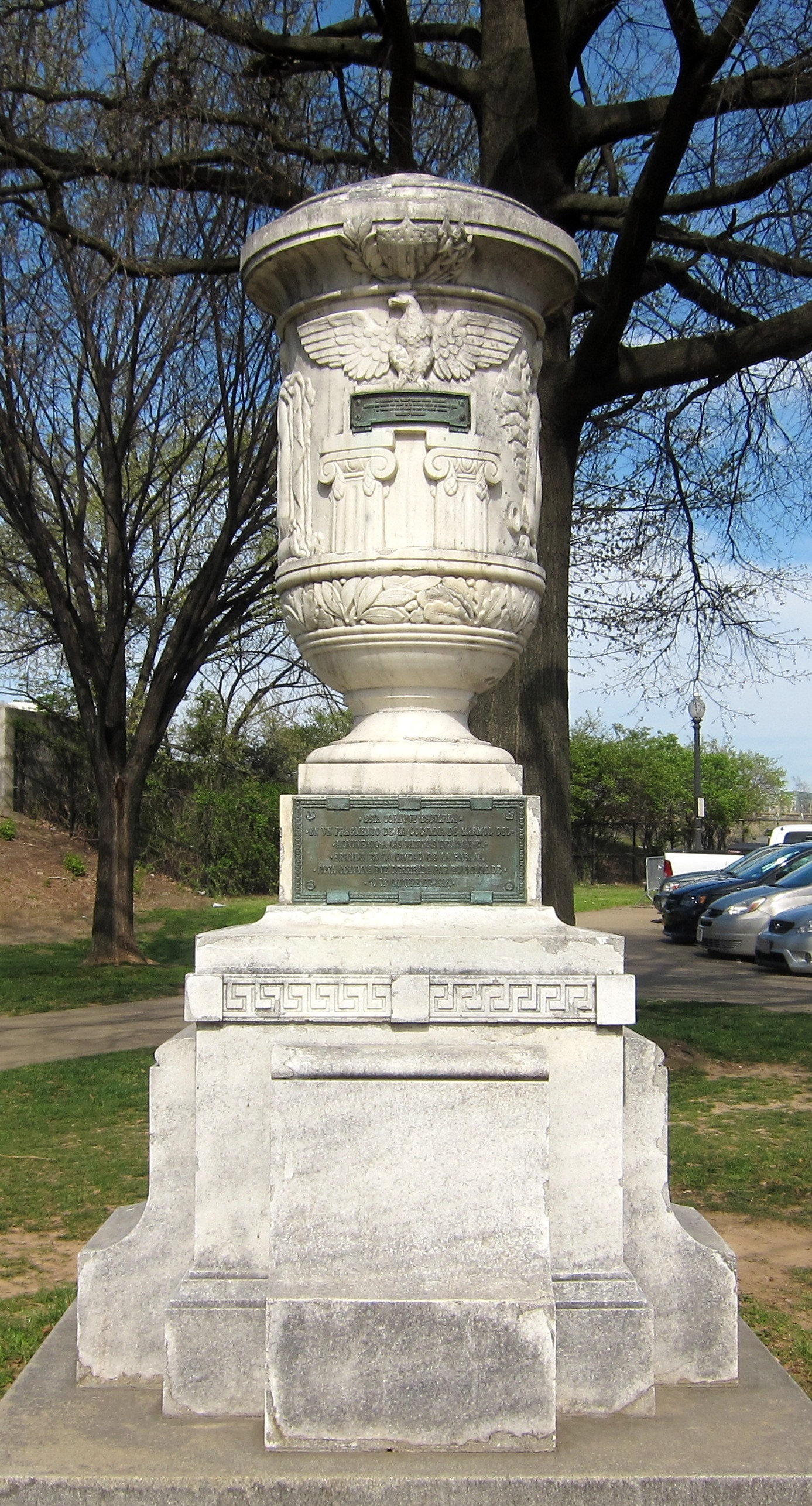 On February 15, 1898, the American naval ship USS Maine sank in Havana Harbor during the Cuban revolt against Spain. The ship, sent to protect U.S. interests during the revolt, exploded. Nearly three quarters of her crew were killed. The cause of the explosion was unclear, but the incident prompted controversy in the United States media. The phrase "Remember the Maine" became the rallying cry for the movement that eventually resulted in the Spanish-American War.

The soldiers and Marines who perished aboard the Maine are commemorated with a monument that once stood atop a marble columnn in Havana. The marble monument is 7 feet tall. It is decorated with an eagle with its wings outstretched and human figures depicted in the neoclassical style. Additionally, the urn features two plaques with Spanish-language inscriptions. The English translation of the plaques are as follows:

The memory of the “Maine” will last forever through the centuries, as will the bonds of friendship between the homeland of Cuba and the homeland of the United States of North America. —Gerardo Machado.

This urn was sculpted from a fragment of the marble columnn from the Monument to the Victims of the “Maine” erected in the city of Havana. The columnn was toppled by the October 20, 1926 hurricane.2

In 1926, a hurricane toppled the monument over. Two years later, President Gerardo Machado of the Republic of Cuba presented the urn to U.S. President Calvin Coolidge. Originally, the monument was located in front of the Cuban embassy, but vanished following the embassy's closure in 1959. In 1992, the urn was discovered in a National Park Service Warehouse and was moved to its present location in an obscure corner of East Potomac Park. The urn was vandalized in 1996, but was returned to the park in 1998 after undergoing repair work costing $11,000. In 2007, the urn was added to the National Register of Historic Places.