This is a contributing entry for Ritter Park and only appears as part of that tour.Learn More.

On November 21, 1892, 26-year-old Allan Harrison was publicly executed at Four Pole Creek, known today as Ritter Park. Harrison was sentenced to hang for the murder of 16-year-old Bettie Adams of Barboursville. The night before the execution, the city was buzzing, hotels sold out, and special trains brought area residents to town to witness the event. An estimated crowd of five thousand witnessed the hanging of Allen Harrison, Cabell County's first and only public execution.

Although this section of Huntington now features a municipal park, it was once an area that was notorious for vice and was the site of a public execution. 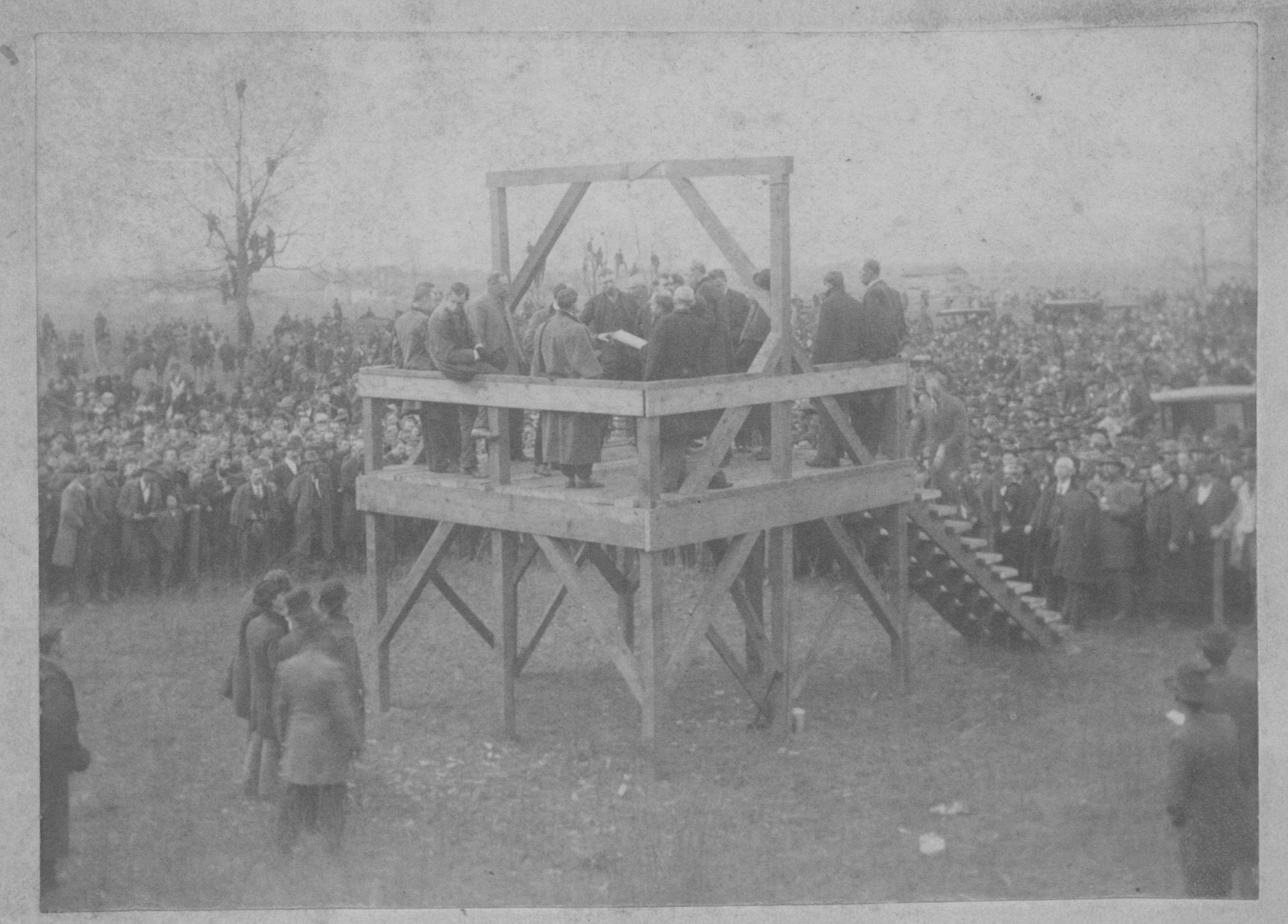 After the death of Bettie Adams, Harrison was quickly apprehended and taken to Cabell County Jail. The Huntington Advertiser describes Harrison as deeply remorseful and quotes the accused as saying that he believed that he deserved to die for his crime. The Cincinnati Enquirer painted Harrison as a stone-cold killer, unremorseful, and quoted him saying that he would murder Bettie Adams again if he had the chance.

Allen Harrison was found guilty of murder and sentenced to hang on November 17, 1892. The event took place at Four Pole, an area on the outskirts of town that was known for criminal elements. Newspaper accounts estimated 5,000 people witnessed the execution, close to half the city's population, along with people from Ohio and Kentucky.

Ritter Park is consistently mentioned as one of the most impressive municipal parks among small cities. Given its previous reputation, however, it may not be surprising to find that the city purchased most of the land in 1908 and intended to operate a municipal incinerator at this location. However, as some of the more wealthy residents of the city were living adjacent to the park, influential citizens proposed an alternative — the development of a large municipal park. The plan attracted the support of Charles Lloyd Ritter, who donated 20 adjacent acres.

The park opened in 1913, but at least some of the land might still have been sold to private developers, as the city had no funds to develop the park. In the midst of the Great Depression, however, community residents secured funds from the federal Works Progress Administration and began constructing the stonework and other features of the park. Given the previous reputation of this area and the pressure to use this land to support commercial development or a municipal waste facility, one may gain a deeper appreciation for the park and those who worked to preserve this land for future generations.