Located within Santee National Wildlife Refuge, Santee Indian Mound was likely built between 1200 and 1500 A.D. and is the easternmost example of the Mississippian native culture, of which the Santee people were a subgroup. It probably served as a burial mound or temple (or perhaps both). During the American Revolutionary War, the British built a fort, named Fort Watson, atop the mound as it provided an excellent vantage point from which to monitor Lake Marion. American forces eventually captured the fort in 1781, forcing the British to eventually abandon their attempt to take hold of the South Carolina backcountry. The mound was added to the National Register of Historic Places in 1969. Nothing remains of the fort. 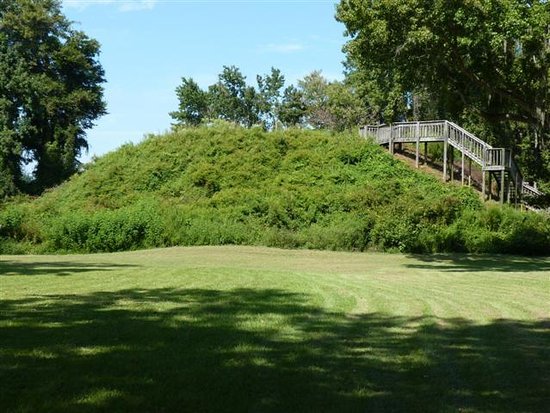 Continental forces, led by Francis Marion and "Light Horse" Harry Lee, arrived at the fort on April 15, 1781 and laid siege for eight days. Initial attempts to capture the fort failed as the fort's walls were quite high and the Continentals did not have any artillery. However, they decided to build a tower taller than the fort from which they could fire inside. They managed to build it without detection in one night. At dawn the Continentals attacked; the combination of the fire from above and an attack on the ground forced the British to surrender. The Americans seized much needed supplies. Fort Watson was part of a series of British outposts in the South Carolina's backcountry and once the British lost control of it, it was impossible to resupply and communicate with the others.