One of the biggest ethnic groups to settle in what is today South Dakota were Scandinavians, particularly those from Sweden. Having largely settled in the Brown County, SD area in the mid-late 1800s, those Swedes that belonged to the Scandinavian Evangelical Lutheran Augustana Synod in North America (created in 1860) along with a nearby sister congregation constructed this church, completed and dedicated in 1900. For over a quarter century, Swedish was the only language spoken within the church. 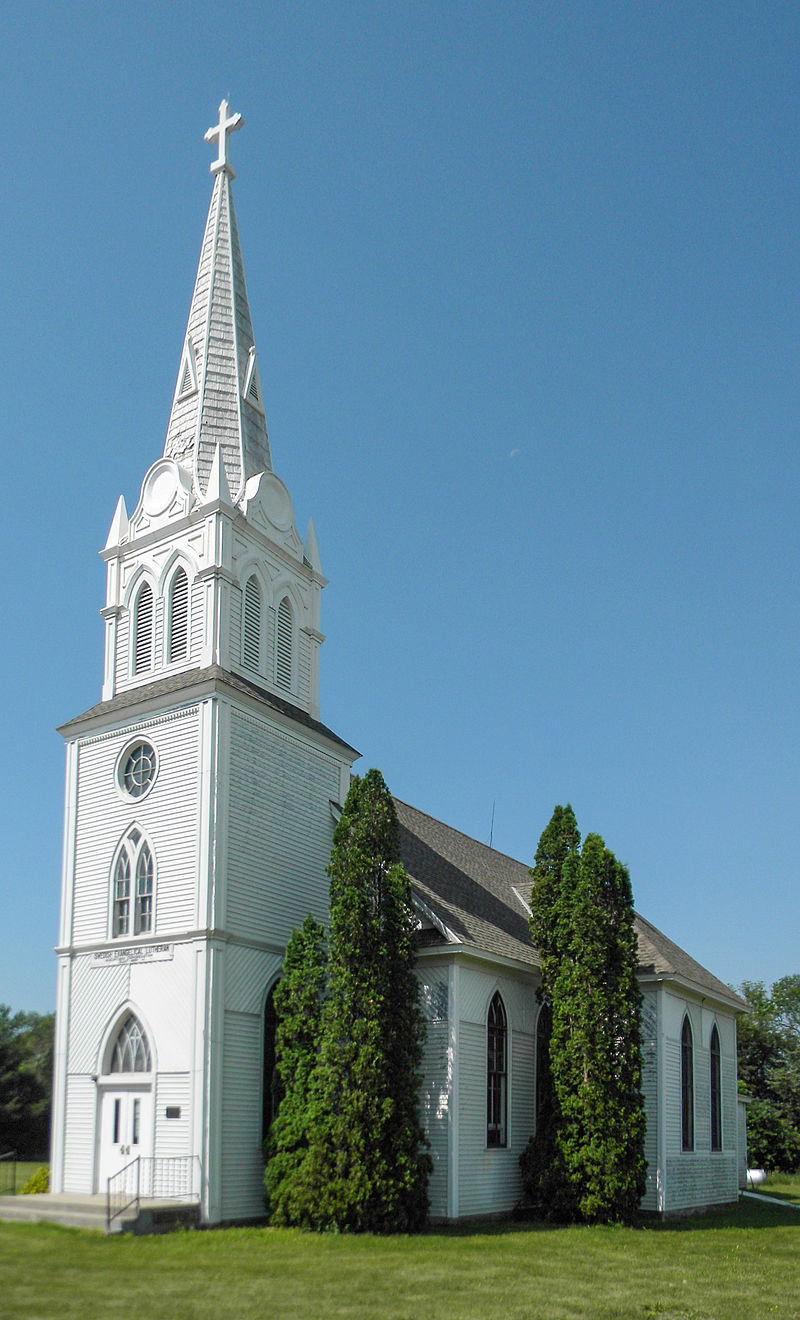 In 1860, a group of Swedish-born immigrant Lutheran pastors gathered in Clinton, Wisconsin in order to create a synod (Protestant version of a Catholic diocese) in America for current and upcoming Swedish Lutheran immigrants. The synod was named the Scandinavian Evangelical Lutheran Augustana Synod in North America. From there, Swedish, and other Scandinavian immigrants, pushed west to settle in such territories as the Dakotas. In what is today South Dakota, the Brown County area would see a flood of Scandinavian immigrants.

Those Lutheran Swedes came largely to the area in the 1870s-1880s. As the Swedish, and this Lutheran, population grew, a church to accommodate the growing numbers was needed. So those who belonged to the local congregation of the Augustana Swedish Lutheran Church, with a nearby sister congregation, began plans and work for their new church. Construction began in 1899 and was finished and dedicated the next year.

For the next decade, a bell was added, as was a basement, coal furnace and pipe organ. Until 1925, Swedish was the only language spoken within the walls of the church. Added to the National Register of Historic Places in 1988, the church is still active today.