Minges Coliseum is a multipurpose arena constructed in 1966 by East Carolina University. The coliseum offically opened on January 8th, 1968 and was dedicated on January 27th, 1968. Generous donations from the Minges family (Owned the Pepsi-Cola company of Greenville) as well as Walter L. Williams (local businessman) have seen the construction and renovation of the facility become what it is today. The coliseum is the current home of the East Carolina Men's and Women's basketball teams and the Women's volleyball team. 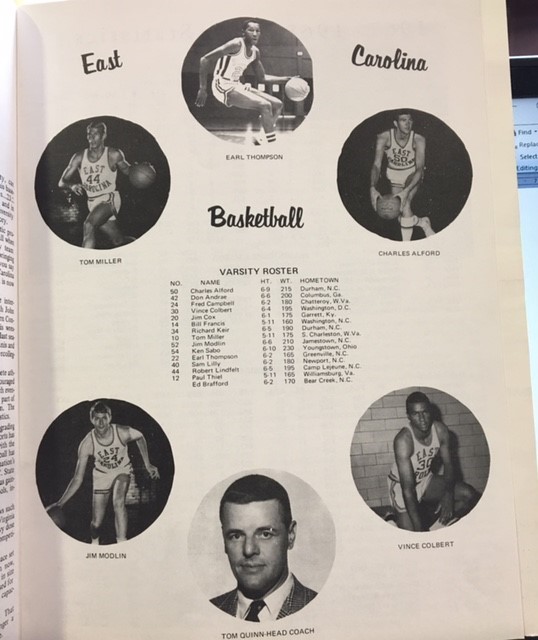 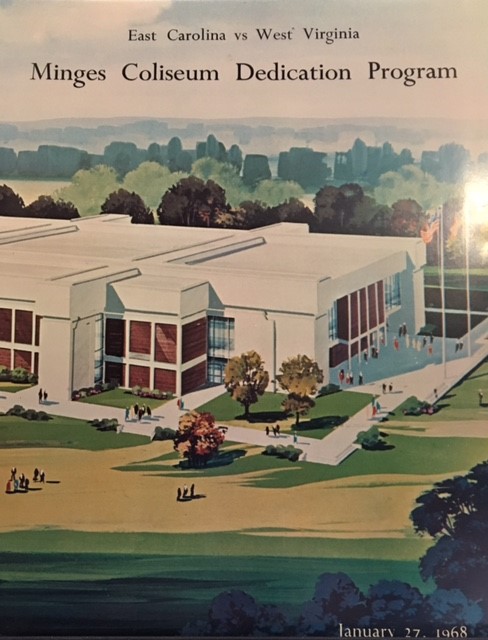 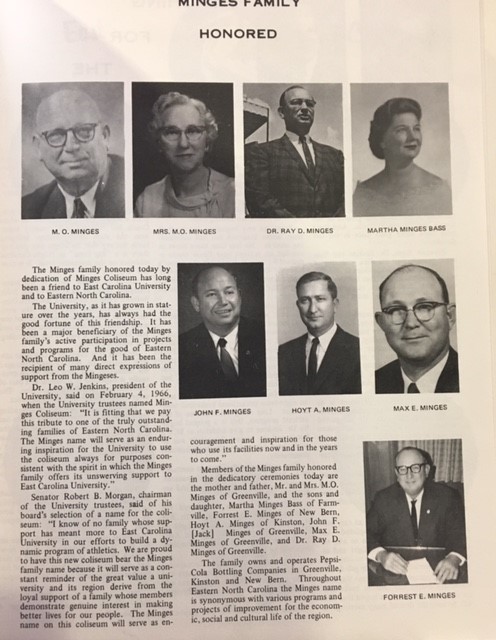 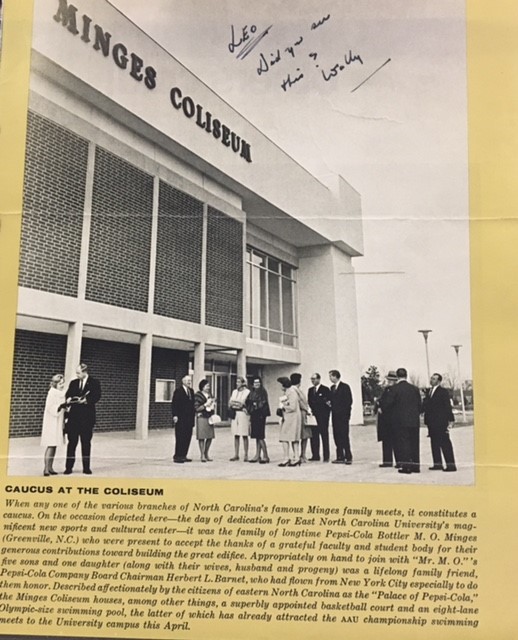 Without John Minges and his family, the construction of Williams Arena at Minges Coliseum might have never happened. Minges, who in 1966 was the president of Pepsi-Cola Bottling Company, donated $25,000 for the university to construct a basketball facility.(1) This donation was the single largest private gift East Carolina had received, therefore they named the new facility Minges Coliseum. A few decades later, the arena was in desperate need for modern renovations. Luckly, Walter L. Williams, who was the president and founder of Trade Oil Company, donated a million dollars for renovations towards the coliseum.(2) After receiving this donation, the university changed the name of the coliseum to Williams Arena at Minges Coliseum.

From the beginning of its construction, Williams Arena at Minges Coliseum was going to be a special project. The total cost of the new facility was $2,500,000,  along with the lettering on the outside of the building estimated to be around $1,200. After the building opened in 1968, it won several architectural awards including one by the American Institution of Steel Construction, one of only 15 winners nationwide out of 150 etries. (3) The arena was officially dedicated on January 27th, 1968 as East Carolina played its first home game against West Virginia. According to a letter from East Carolina Chancellor Leo Jenkins to Ray Minges, Mr. Minges hosted officials from the Southern Conference as well as the league's commissioner in his home after the building's dedication and first basketball game.(4)

As for the current state of Williams Arena at Minges Coliseum, modern era upgrades have established the arena as a state of the art facility. In 1994, East Carolina spent around $11.5 million to replace the basketball floor, add more seating, air conditioning, new lighting and new locker rooms.(5) Thanks to those additions, the arena has hosted an array of different events. It is also the home to another sport, women's volleyball. Concerts(Lee Brice, Future, Rae Sremmurd), professional wrestling (WWE) and even the first sitting presidential visit from George W. Bush to promote his tax and budget proposals.(circa 2001) were all hosted at the coliseum in the last 20 years.