Paint Mines Interpretive Park holds important archaeological, geological, historical and ecological significance. In terms of archaeology, the park is one of the most significant sites in Colorado, as it features evidence of Native American habitation dating back to around 8100 B.C. through the 19th century. It is also the only documented clay source site on the eastern plains of Colorado (meaning, prehistoric and historic Native Americans used clay to make paint and ceramic goods). The geology of the park is rugged and rocky, featuring many spires and gulches (dry river beds). In terms of ecology, the park contains wetlands, prairies and drier badlands-like landscapes. Visitors can hike on its four miles of trails and read interpretive signage along these trails. The site is still being researched and as such archaeological excavations and geological studies regularly take place.

View of some of the geological formations at the park 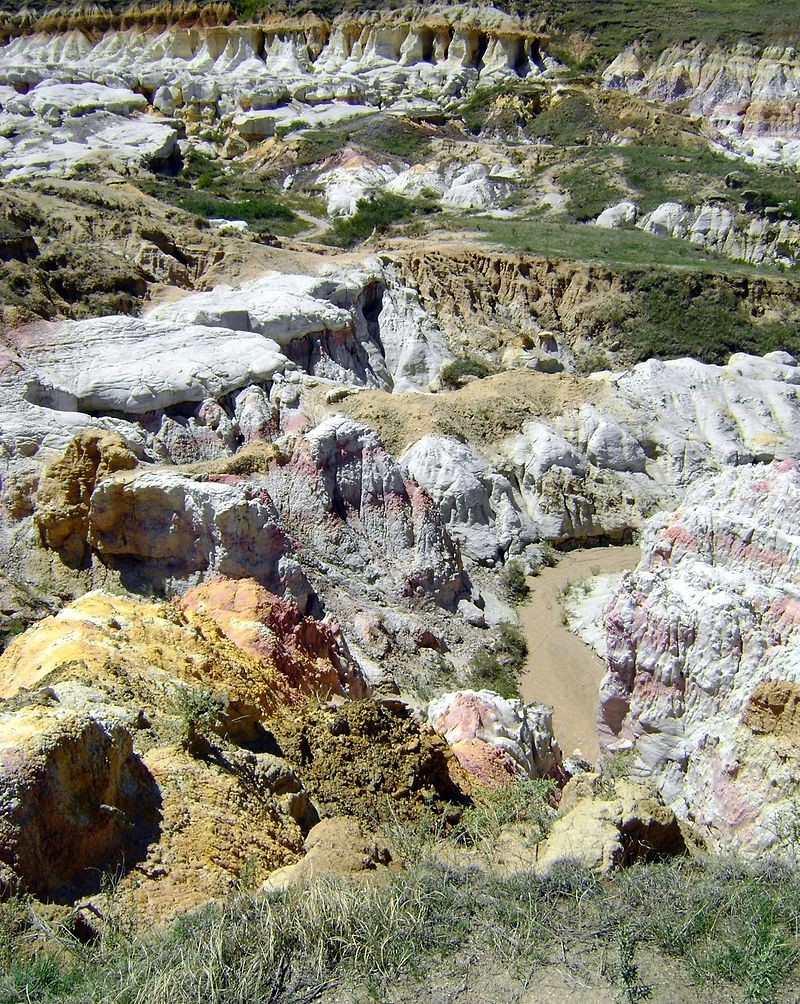 Archaeological excavations have revealed arrowheads, stone points, tools for processing animals, and ceramics. A more recent sign of human habitation are the remains of a 19th century homestead.

Daily from dawn to dusk