The Pentagon Barracks is named as such for its four, two-story barracks built between 1819-1825 arranged in the shape of a pentagon. Since the early 18th century, the site had long been a strategic military location, protecting the city of Baton Rouge, New Orleans, and access to the rest of the Mississippi River to the north. Today the barracks are home to the Lieutenant Governor of Louisiana and private apartments for state legislators. They were added to the National Register of Historic Places in 1973.

Aerial view of the Pentagon Barracks 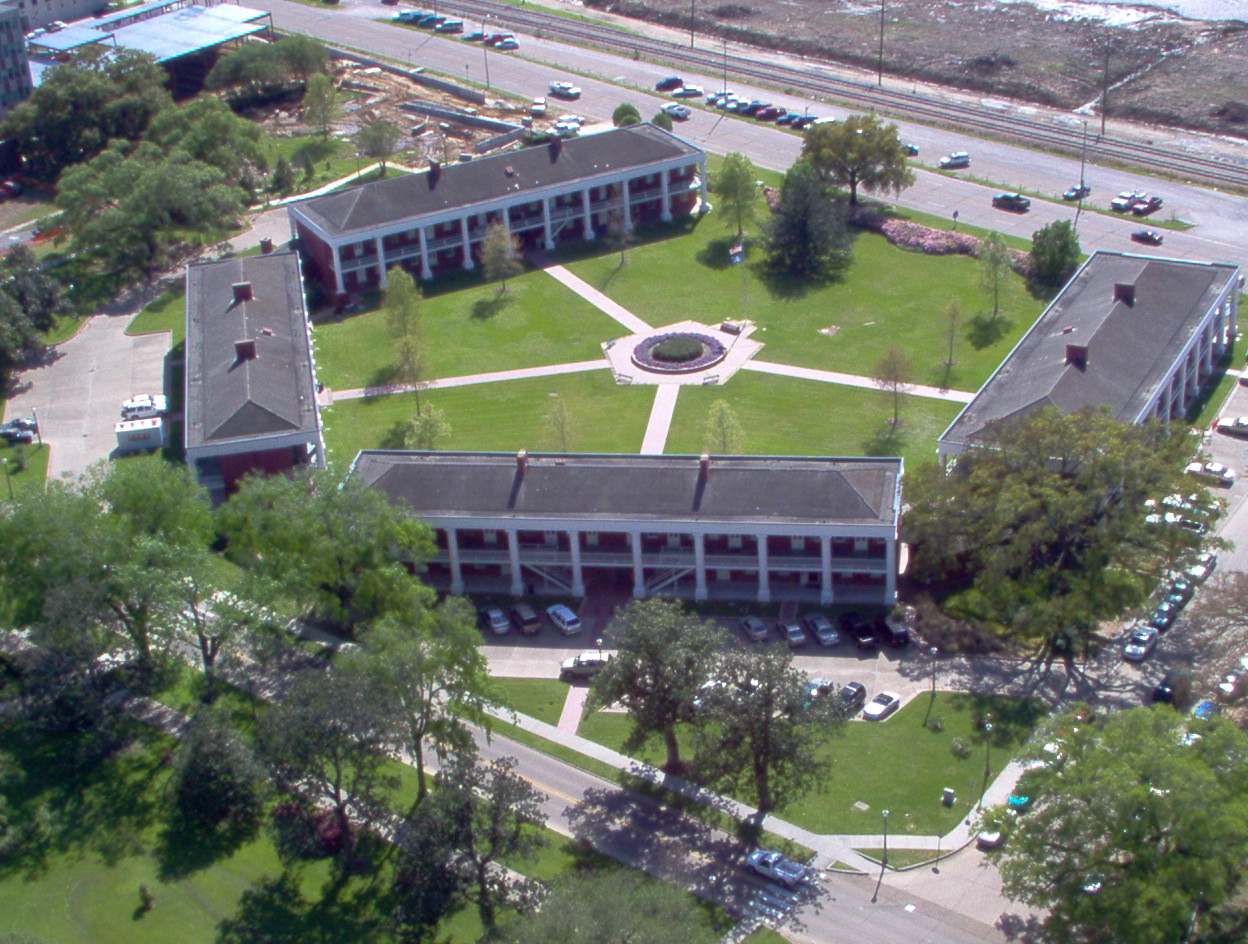 The French, Spanish, British and Americans all occupied the site at one point. The French presence began with the arrival of explorer Pierre Le Moyne d'Iberville. They remained here until 1763 at which point the British gained control of the fort and the city. The British built Fort Richmond in 1779 and were attacked by the Spanish led by Bernado de Gálvez, who was the territorial governor of Louisiana at the time (the territory was under Spanish control during this period). The Spanish defeated the British at the Battle of Baton Rouge and remained until 1810, when Americans and those British who had stayed overthrew the Spanish and declared the establishment of the Republic of West Florida. This lasted only a short time as by late that year the Republic ceded its territory to the United States.

The U.S. took over control of the fort and held onto to it until the Civil War in 1861, when the Confederacy seized control. This didn't last long. A year later Union forces recaptured the fort and did not relinquish control for the duration of the war. In 1886, the federal government transferred use and then ownership to the Louisiana State University in 1884 and 1886, respectively. The state acquired the site and the barracks in 1951.