Construction of the Merchant's Exchange building began in 1904. This fifteen-story structure was one of the only structures to survive the 1906 earthquake and subsequent fire that destroyed over twenty thousand buildings throughout the city. Of course, the building sustained heavy damage, and the city of San Francisco commissioned architect Julia Morgan to restore its interiors. The building's ballroom is known today as the Julia Morgan Ballroom and it has been host to some of the most important gatherings in San Francisco's history. The Exchange building's Julia Morgan interiors as well as the 1904 exterior by Burnham & Polk, are excellent examples of the Beaux-Arts style, which was popular in France and the U.S. between 1880 - 1920.

Ceiling of the Julia Morgan Ballroom 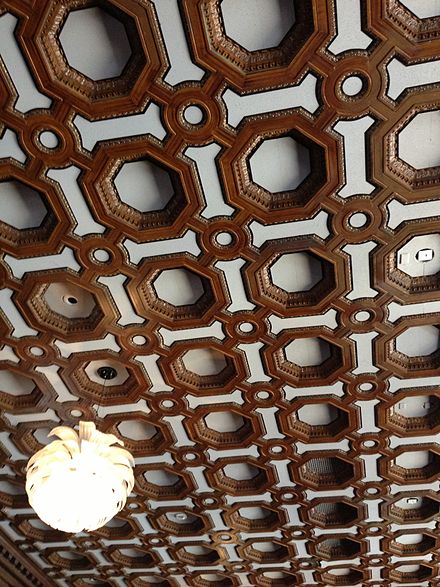 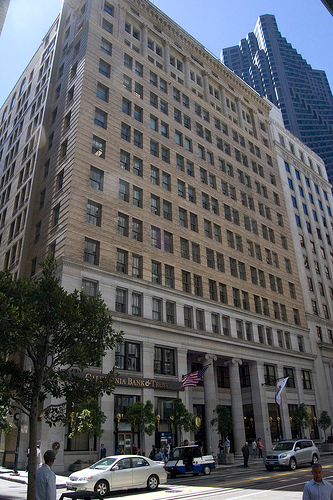 The first licensed female architect in California, Julia Morgan designed over seven hundred buildings and maintained her office at the Merchants Exchange building. 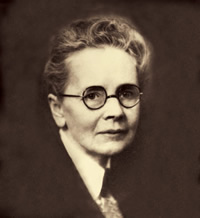 The fifteenth floor of the San Francisco Merchant's Exchange was originally known as the Commercial Club, a private club that has hosted meetings of local and international luminaries such as Theodore Roosevelt, Andrew Carnegie, John Kerry, Hillary Clinton, and Barack Obama (1)(2). It was renamed the Julia Morgan Ballroom in 1995 to honor Julia Morgan (1872 – 1957), California's first professional female architect (1). Morgan designed and restored the interiors of the Exchange after the 1906 earthquake and fire. She subsequently kept her offices in the tower for the rest of her career.

Julia Morgan was the first woman to be accepted into the distinguished architecture school at the École des Beaux-Arts in Paris (3). A native San Franciscan, she designed more than 700 buildings in California, including the interiors of the Merchant's Exchange, as well as, most notably, Hearst Castle, built for media mogul William Randolph Hearst in San Simeon (3). Morgan worked on many buildings on the UC Berkeley and Mills College campuses (4)(5). She designed the Los Angeles Examiner building in Los Angeles, as well as five YWCA buildings in southern California, the YWCA of San Francisco, and the YWCA of Oakland (6). The Berkeley Playhouse, formerly St. Johns Presbyterian Church, is an example of her best work in the Arts and Crafts style (7). Morgan received the American Institute of Architects Gold Medal posthumously in 2014 and was the first female architect to receive this honor (8). The Julia Morgan School for Girls and Julia Morgan House in Sacramento are also named for her.

The Julia Morgan Ballroom is available year-round for conference and event bookings. The Exchange Building is currently home to the California Bank & Trust as well as other world class commercial offices (9).

7. "About the Julia Morgan Theater," The Berkeley Playhouse, accessed December 20, 2016.