In 1823, the Troy Sentinel published a poem under the heading "Account of A Visit from St. Nicholas.” The poem is most commonly known by its first line, "'Twas the Night Before Christmas." Reading this poem to one's children on Christmas Eve became one of the most beloved holiday traditions. The poem was published without attribution, leading to a significant amount of research among local historians who have searched for definitive evidence about the poem's author. 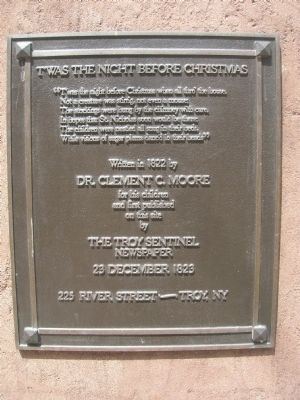