The Magnolia Hotel, now home to the Mardi Gras Museum, is the oldest known hotel to exist on the Mississippi coast. It was built in 1847 by German immigrant John Hahn who owned coffeehouses in New Orleans. The museum features exhibits and memorabilia about past and present-day Mardi Gras celebrations. In this way, the museum changes its exhibits on a regular basis. 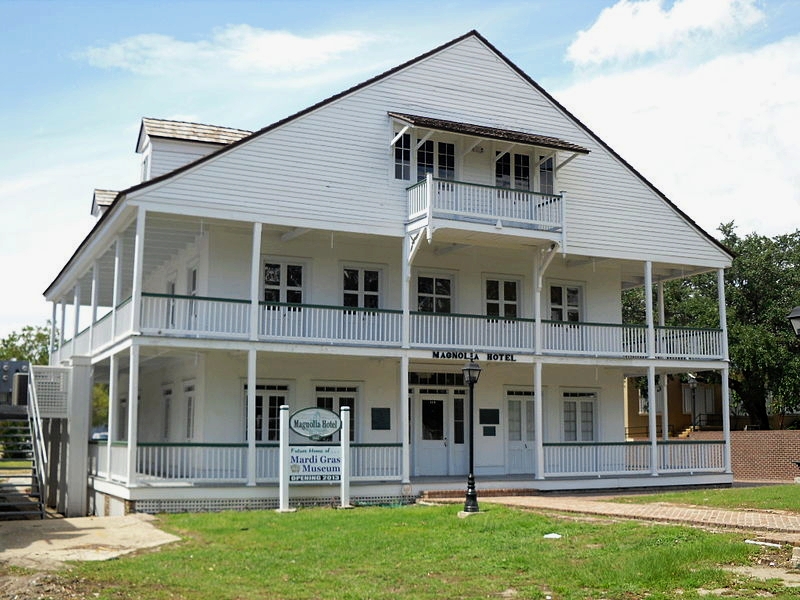 Unfortunately, John died in 1848 but his wife kept the business going for many years. Over time Biloxi became known as a good place for vacation and as a result tourism was an important economic driver for the city, which remains to this day. The hotel stayed in the family until the end of WWII. It was badly damaged during a hurricane in 1969. Recognizing its historical value, the city bought the building, moved it 100 yards away from the coast, and renovated it. The museum opened in 2013.