This historic home is one of the dozens that comprise the De Tonti Square Historic District, which is listed on the National Register of Historic Places. The home was built in 1860 for Charles Richards, a steamboat captain, and his wife, Caroline. It is owned and operated as a period house museum by the city's five chapters of the Daughters of the American Revolution. The exterior features a two-story veranda with ornate cast-iron railings that depict the four seasons. The interior features beautiful elements as well, including carrara marble mantels, brass, bronze and crystal chandeliers, and silver bells once used to call servants.

The Richards House was one of the last homes built in Mobile in the antebellum period. Many of the homes and other structures built in this period have been lost to development. This is why the city decided to establish the historic district. 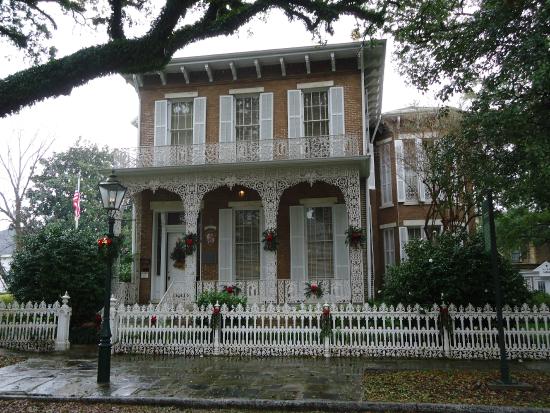 The house remained in the family until 1946 when it was bought by the Ideal Cement Company. The company owned it until the city purchased it in 1976. Soon after, the city began leasing it to the DAR.