Known as both the Pope Villa and Latrobe House, this home was built in 1811 for then Kentucky Senator John Pope and his wife Eliza, sister-in-law of President John Quincy Adams. The home was designed by renowned architect Benjamin Henry Latrobe who was one of the designers of the U.S. Capitol building in Washington D.C. and is known as the Father of American Architecture. This home is one of just three remaining structures of the sixty residential homes designed by Latrobe. The home was restored prior to 2018 to help recover the original architectural style which had been lost in a series of renovations and a fire in 1987. The home was added to the National Register of Historic Places in 2018 after renovations were completed.

This home was designed for Senator John and Eliza Pope by the Father of American Architecture, Benjamin Latrobe. It was one of his most unique homes. After many changes and a fire, it is being restored to its original design. 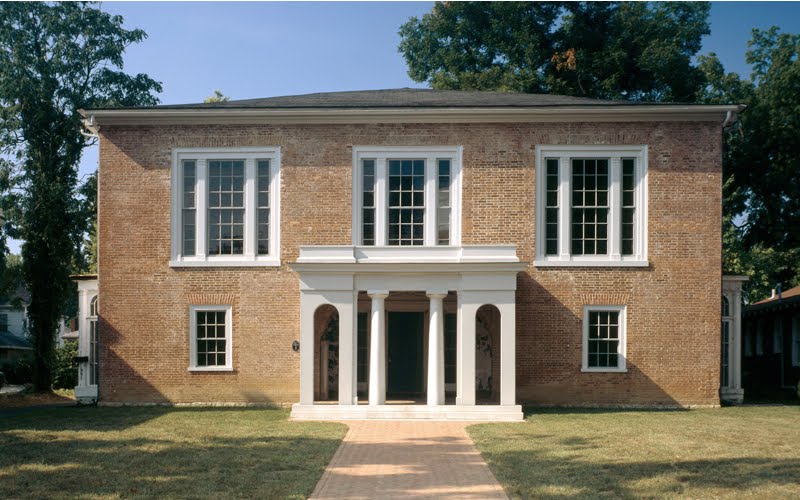 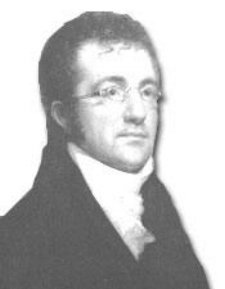 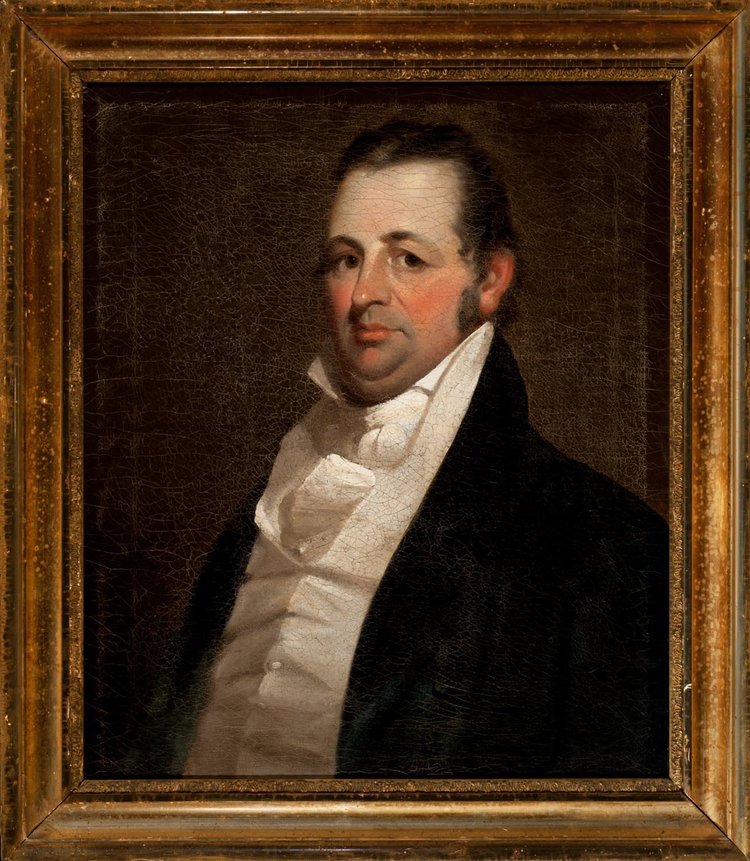 The home, known as the Pope Villa or the Latrobe House, is nearly 6,000 square feet and was built in 1811 at a time when Lexington was called the “Athens of the West.” It is a square plan with a domed rotunda in the middle. The rotunda is unique to Latrobe’s style as it is not visible from the outside; Latrobe’s goal was to surprise the visitor as they entered the home. The two-story brick was unlike other homes at the time. The main rooms were on the second floor and the home did not feature a central hallway. The rooms are both rectilinear and curvilinear. Latrobe’s use of windows for natural light and shadow also made it very unique.

Benjamin Henry Latrobe had been raised in England and studied architecture there until he moved to the United States in 1796 to begin his own architecture and engineering trade. His work was viewed as unique for the time and today is viewed as a predecessor to the Greek Revival style in the United States. Many of Latrobe’s most notable projects were completed prior to his work on the Pope’s home including the Bank of Pennsylvania in Philadelphia, the Baltimore Cathedral, and most notably the U.S. Capitol in Washington D.C. which was completed from 1793 to 1800. Latrobe built about sixty homes while working in the United States. The Pope Villa is one of three that survive, the others being Adena in Chillicothe, OH and Decatur House in Washington D.C.

At the time of the home’s construction John Pope was serving as a Senator for the Commonwealth of Kentucky after having served two terms in the House of Representatives in years prior. Pope was also a lawyer and would go on to become the Territorial Governor of Arkansas from 1829 to 1835. Senator Pope’s wife, Eliza Pope, was the sister-in-law of John Quincy Adams. Eliza is said to have been active in the design of the home and was praised for her taste by Latrobe as well. The Pope’s did not live in the home long. The couple moved into the home in 1812, but after Eliza’s death in 1818, John Pope no longer resided in the Latrobe House. Pope owned the home until 1836 and rented it out until he sold it to Catherine Barry. The home changed hands many times over the years and nearly every new owner undertook some sort of renovation after purchasing the home.

The home did receive many alterations through the years and was divided up and turned into apartments at one time. A fire in 1987 caused a lot of damage but also revealed several architectural features which had been covered in prior renovations. Today, the Latrobe House is owned by the Blue Grass Trust for Historic Preservation and has been restored to its original style. When renovations where completed in 2018, the home was added to the National Register of Historic Places. Tours are available to the public only by appointment for a fee and can be scheduled by contacted the Blue Grass Trust.

Tours by appointment only