The Thaddeus Kosciuszko National Memorial, located in Philadelphia’s Society Hill Neighborhood, is a tribute to the Polish military engineer who served with distinction along side his American counterparts in the Revolutionary War. The memorial is located in the former boarding house in which Kosciuszko convalesced, after returning to America, in 1797 and 1798. While there, he received numerous and notable guests, to include Thomas Jefferson, Dr. Benjamin Rush, William Paterson and Chief Little Turtle. The home is the smallest national memorial park in the country and was designated as such in 1972. It was also added to the National Register of Historic Places in 1970.

The Thaddeus Kosciuszko National Memorial where the Polish military leader recuperated after his Russian imprisonment during 1797 and 1798. 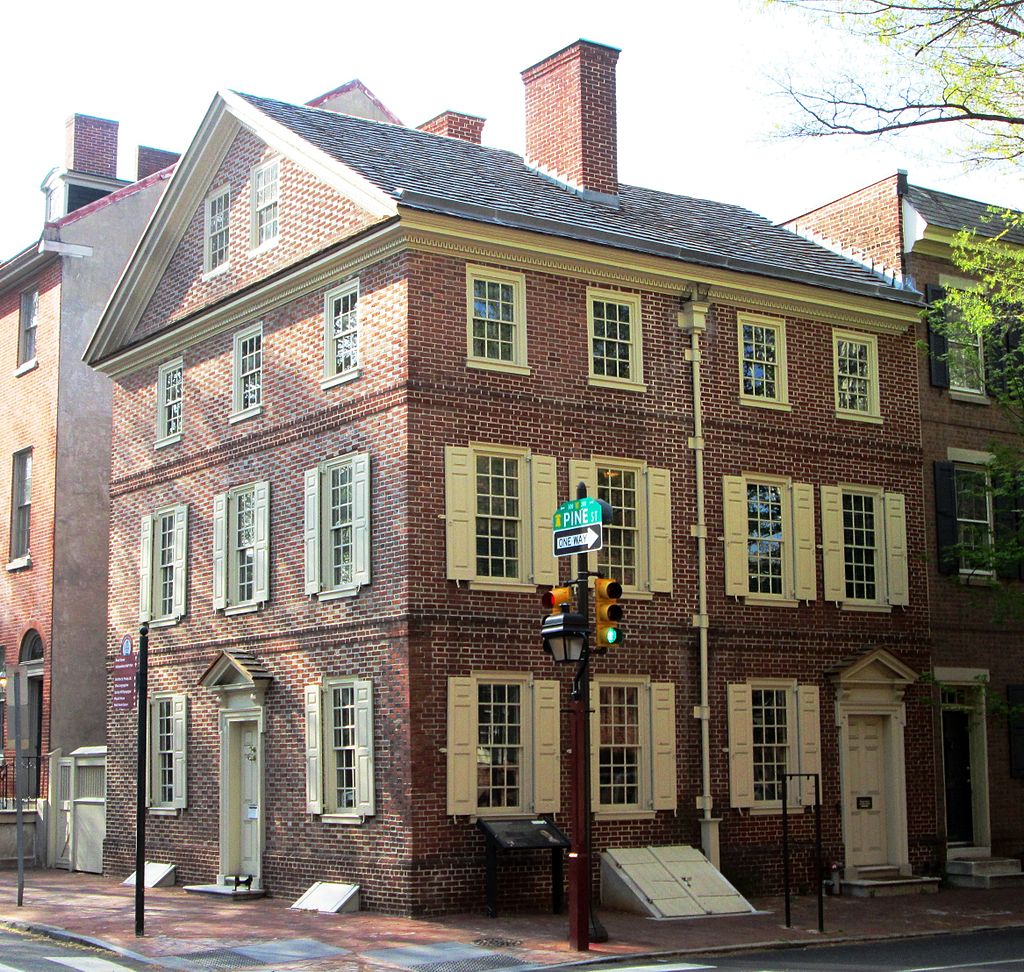 The historical marker located across the street from the memorial. 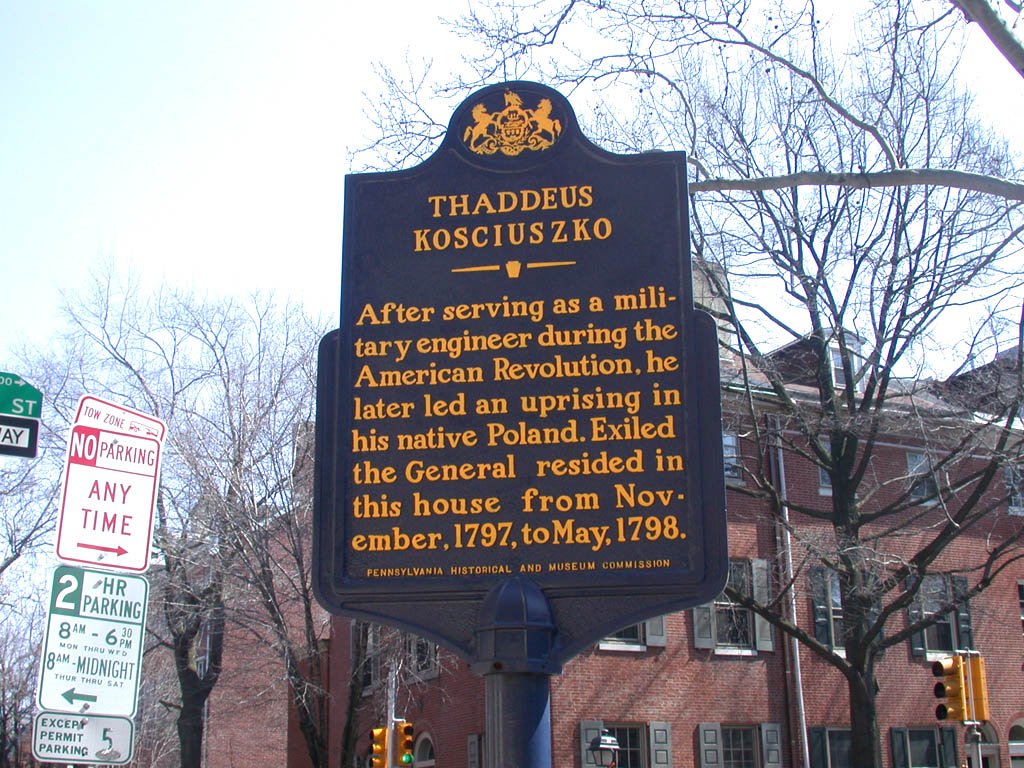 The Kosciuszko House fell into a state of disrepair by the 1970s. It has obviously undergone extensive renovations since this photo was taken. 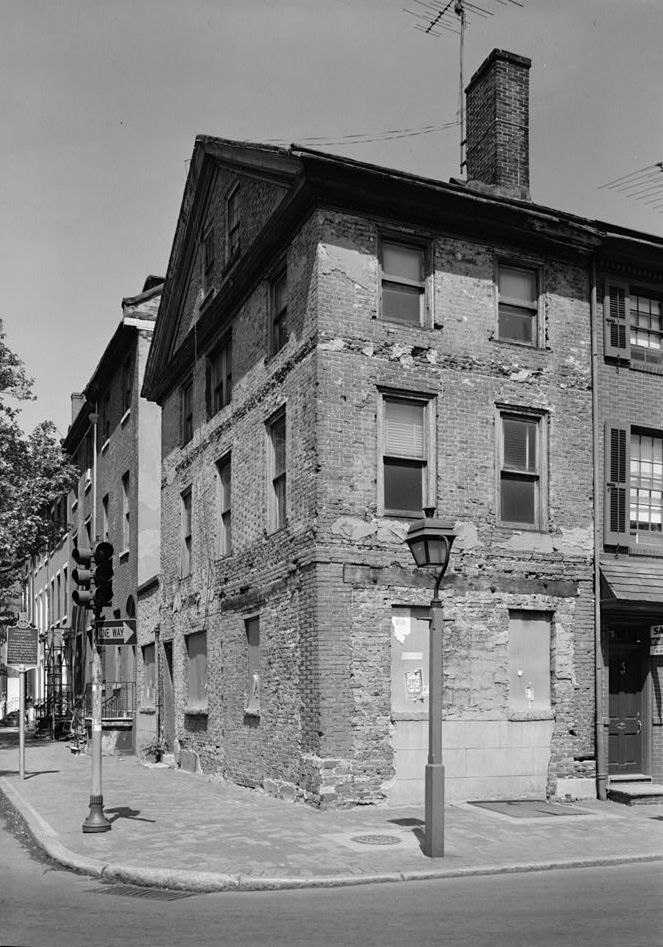 A park ranger discusses Kosciuszko's life with a visitor among the first floor interpretive exhibits. 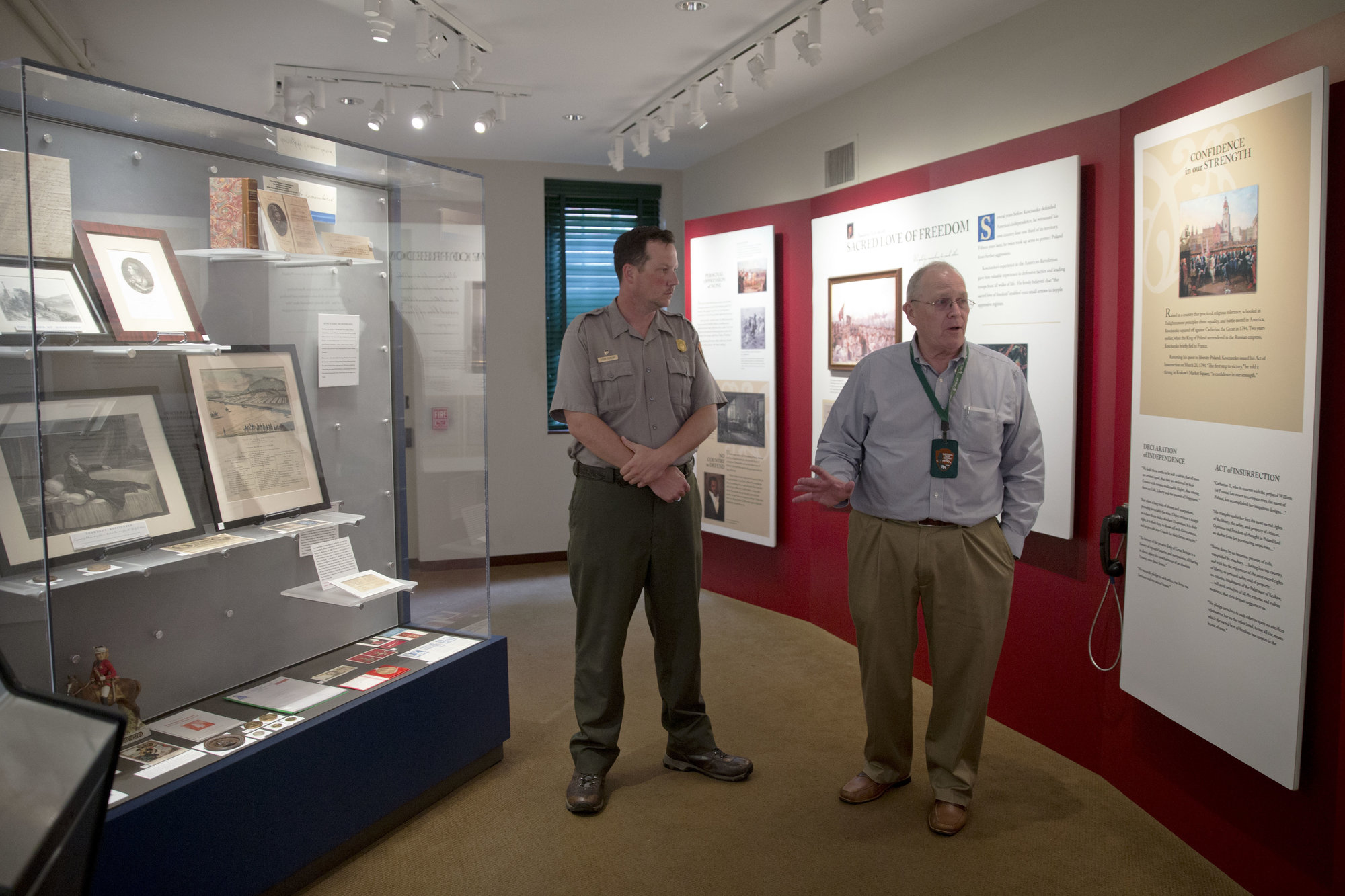 The bedroom where Kosciuszko recovered has been restored to how il looked in 1797 with period artifacts and furnishings. 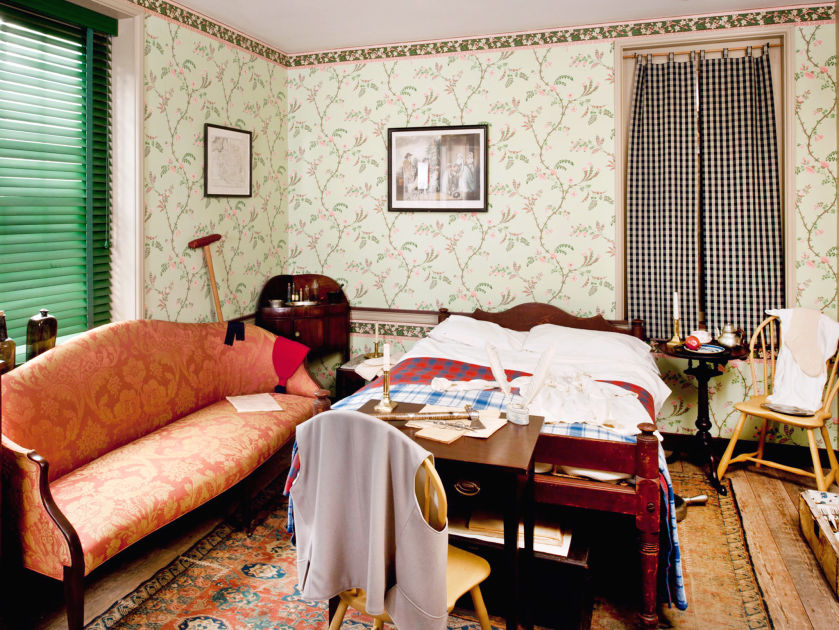 In the same tradition of the Marquis de Lafayette and Baron von Steuben, Thaddeus Kosciuszko was a foreign national who believed in the goals of the American Revolution to such a degree that he was willing to place is life in jeopardy to help achieve them.  He was born in a small Polish town in what is now Belarus in 1746.  He was trained as a military engineer in France from 1769-1774.  Upon hearing of the outbreak of the American Revolution while there, he left for America in the summer of 1776.  He immediately offered his services to the Continental Army and was commissioned a colonel of engineers.

His first task was to fortify Philadelphia’s breastworks along the Delaware.  He then served under General Horatio Gates at Fort Ticonderoga in upstate New York.  After the American forces were forced to abandon the fort, he was instrumental in delaying the British forces as they pursued Gates’ forces south in 1777.  He next played a key role in the pivotal American victory at Saratoga which convinced the French to join the American cause.  He then applied his skills to the defense of West Point for two years, the same fort Benedict Arnold attempted to “deliver” to the British.

He went from West Point to the southern theater of the war under General Nathanael Greene.  He assisted the Americans as they escaped from British General Cornwallis during the “Race to the Dan” River in 1781 and was wounded at the Siege of Ninety-Six, a small town in South Carolina.  He came to command two cavalry squadrons and an infantry unit and last fought at James Island in 1782.  Towards the end of his American military career, he was promoted to the rank of brigadier general in 1783.

After he, along with many others, struggled to get paid for his military service, then returned to his native Poland in 1784 and led his country’s struggle against Russian and Prussian control for over a decade.  He was eventually severely wounded, captured and imprisoned by the Russians and finally pardoned by Tsar James I in 1796.  He then returned to the U.S. to recover from his wounds and to receive his military back pay.  He stayed at the Society Hill boarding house from August of 1797 until he returned to France to assist the Polish forces fighting with Napoleon against the Prussians in March of 1798.  He then spent the rest of his life fighting for the restoration of the Polish state until his death in 1817.

Kosciuszko’s National Memorial features first floor interpretive exhibits, an introductory video, photos of his memorials that are located throughout the world, a memorial room that focuses on his military career, and his bedroom that features period artifacts and furnishings.  Visitors can also read about how he was the champion of the underprivileged, to include American slaves and European peasants and Jews.