The Bishop White House was home to Bishop William White from the time it was completed in 1787 until his death in 1836. White was the Rector of both Christ Church and St. Peter’s Church as well as the chaplain to the Continental Congress and U.S. Senate while the federal capital was located in Philadelphia. White was also the first Episcopal Bishop in Pennsylvania. The Bishop’s former home has been restored to its late 18th century appearance and is now part of the larger Independence National Historical Park. It now provides contemporary visitors with a look into the life of a well-to-do Philadelphian from that era. The house features period artifacts, to include many that are original to the house and were owned by the Bishop.

The Bishop White House was home to William White, his wife, their children and many of his grandchildren. 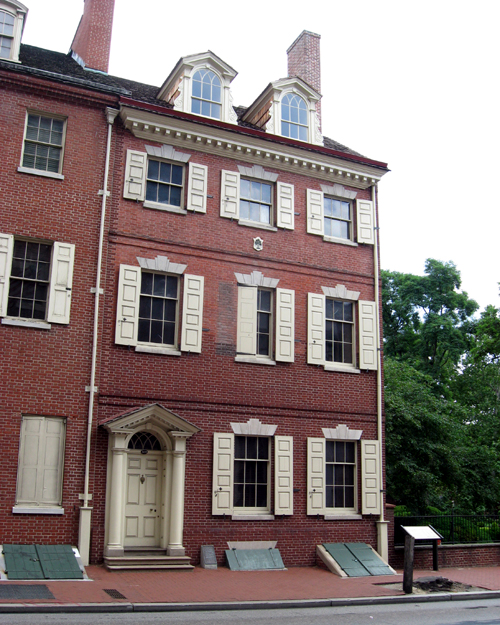 The Bishop's study as it looked in the late 18th century with the painting that depicts it. Much of his library resides with the Divinity School of the Protestant Episcopal Church. 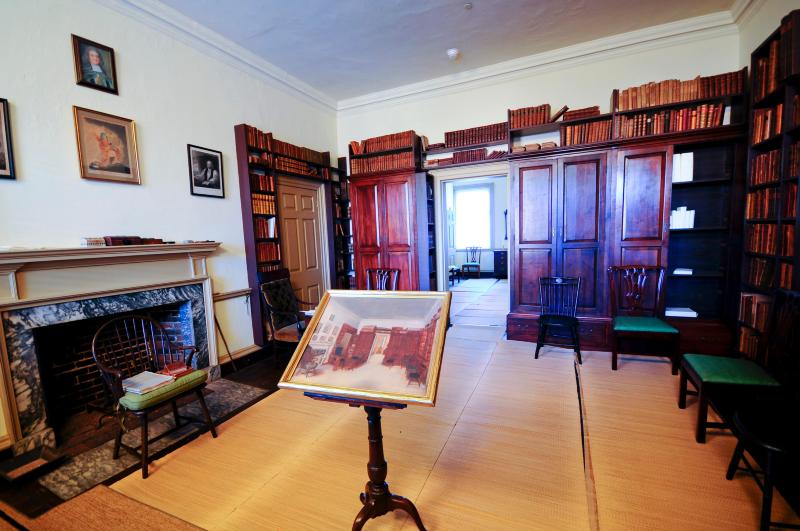 The home's dining room in which many founding fathers enjoyed a meal, to include the country's first three presidents, George Washington, John Adams and Thomas Jefferson.

The Bishop's bedroom with the last book read by Dr. White still on his lap desk. Notice the mosquito netting, a lasting reminder of the yellow fever epidemics that ravaged the city during his lifetime. 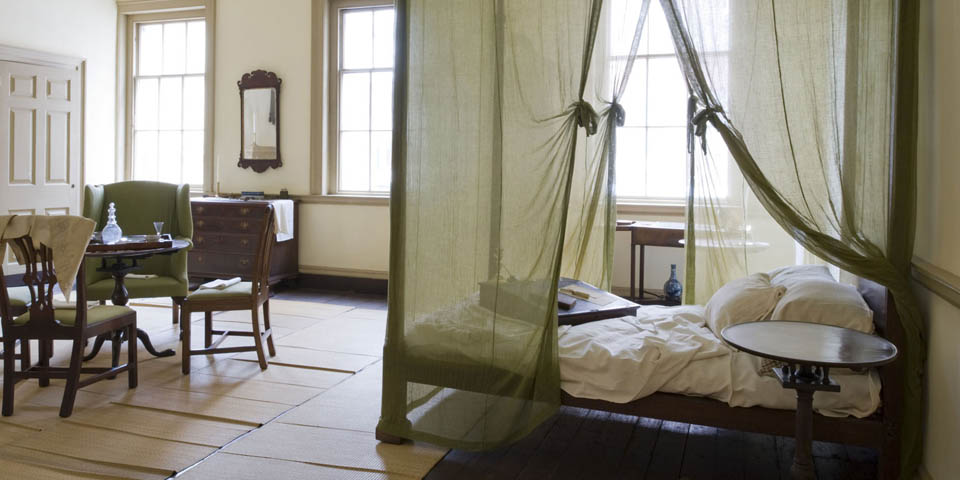 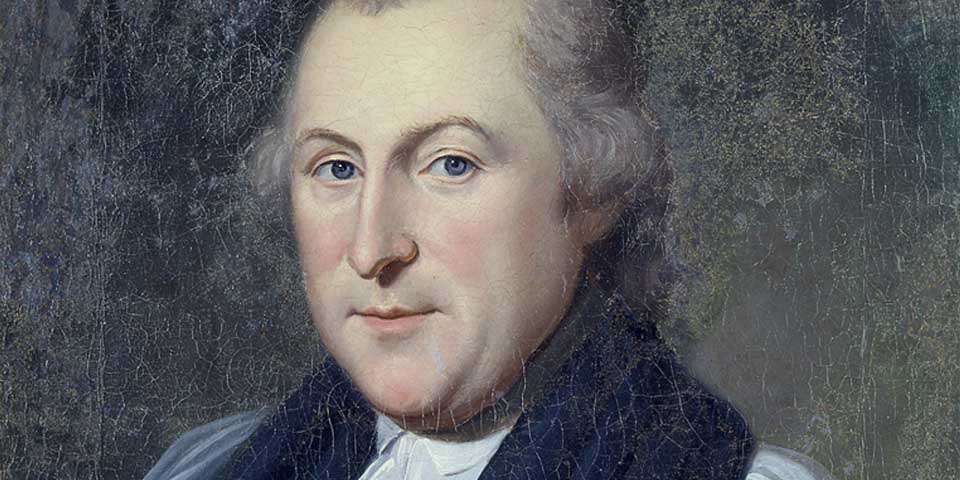 Bishop White was born in Philadelphia in 1748 and was educated at Philadelphia College, now known as the University of Pennsylvania.  He was ordained as a deacon (1770), an Anglican priest (1772) and finally a bishop (1787), all in England.  When the American Revolution broke out, White faced a difficult decision, remain true to Britain and its Anglican faith, or support the American cause.  He chose the latter and went on to become one of the most influential leaders of the Episcopalian church.  He consecrated most of the Episcopal bishops during the country’s first twenty years, to include two African-American bishops, Absalom Jones and William Levington of New York.

A spiritual guide to many founding fathers, his home was visited by many of them, such as George Washington, Thomas Jefferson, John Adams, Benjamin Franklin, Robert Morris (who was married to White’s younger sisiter), and the Marquis de Lafayette.  However, White did not just minister to the elite.  He helped found the Pennsylvania Institute for the Deaf and Dumb in 1820 (now the Pennsylvania School for the Deaf) and served as its president for 16 years.  He also ministered to prisoners and was president of the Philadelphia Society for the Alleviation of Miseries of Public Prisons.  Additionally, during the yellow fever epidemics of 1793 and 1797, he stayed within the city, caring for its sick, along with his neighbor, Dr. Benjamin Rush, while many others fled to the countryside.

He married Mary Harrison, a member of the First Families of Virginia.  Her father had been mayor of Philadelphia.  Together, they had eight children, of which, only three survived to adulthood.  However, they provided him with twelve grandchildren, many of which, at one time or another, lived with him at his home on Walnut Street, along with his daughter who managed his household from 1813 until her death in 1831.

The Bishop White House, located equidistant between the two churches he cared for, now permits visitors to tour the Bishop’s former parlor, kitchen, dining room, study, and bedroom.  The study, to include his library, looks exactly as it did when White wrote sermons there as a painting of the room was completed while he still lived and resides there now.  The parlor is where he entertained his many guests with music, card games and good conversations, while his servants fed them in the large dining room.  The home also contained a wine and root cellar, and an indoor privy, which was rare for the time.  Finally, his bedroom appears as it did the night before his death, to include the book he read, sitting on the lap desk.