Seminary Square Park is the original location of Indiana University, which is now a large sprawling campus to the northeast. The university was founded here in 1838, but the first educational institution at the site was a seminary founded in 1816 (it didn't actually receive state approval until 1820 and the first building wasn't erected until 1824) four years after the granting of Indiana's statehood. Eventually, the school became a college in 1828 and by 1838 it became Indiana University. The University stayed here until it moved its current location in 1883 when it became clear that the site was too small for the growing institution. However, education remained an important activity here. A high school, junior high, and preparatory school (for the university) operated here. Finally in 1964 a fire destroyed the high school building and it was decided that it would not be rebuilt. The other structures at the park were demolished. The park was added to the National Register of Historic Places in 1977.

Seminary Square Park, the original location of Indiana University, was founded in 1975. 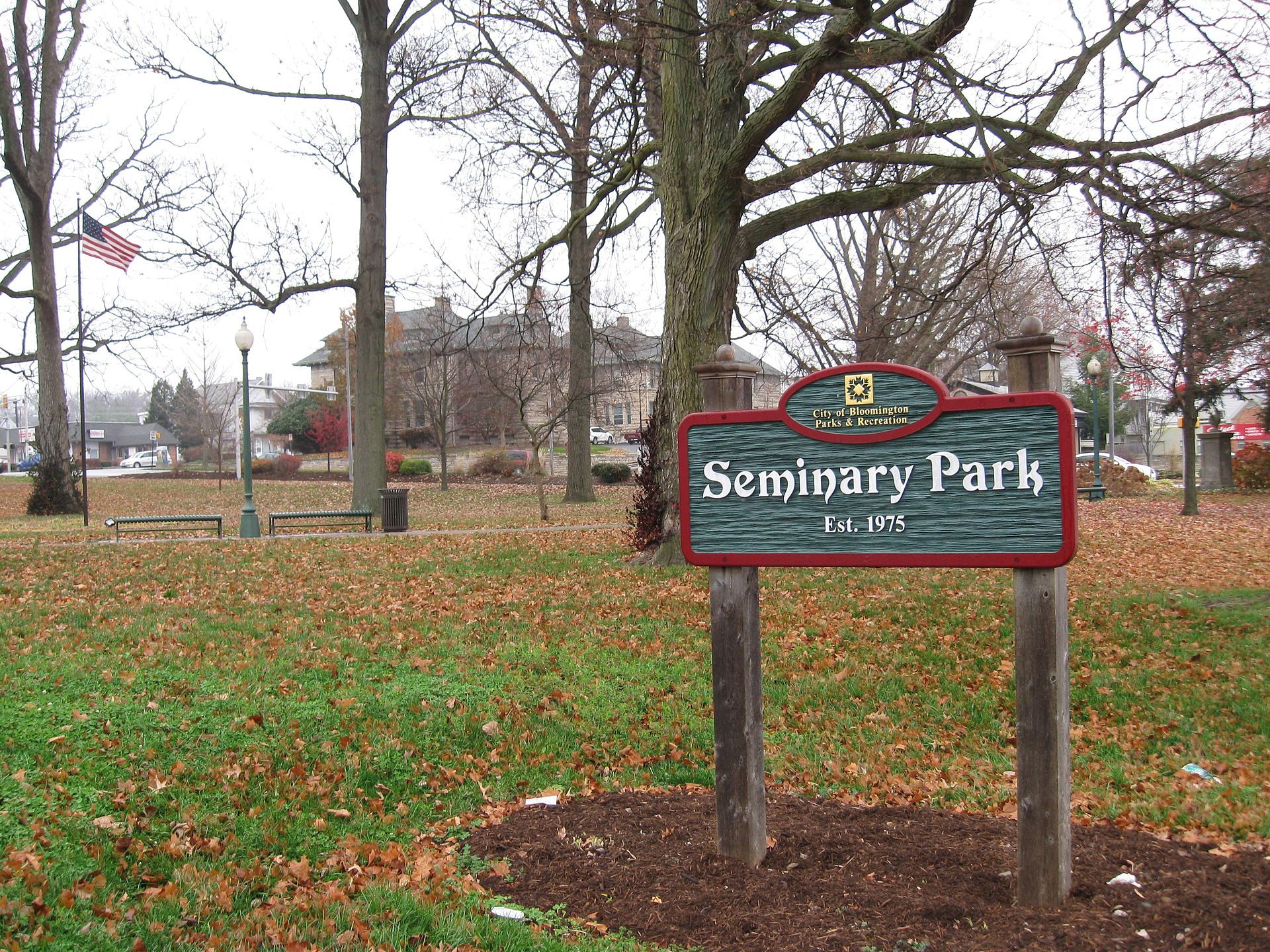