Built in 1907 and expanded in 1929, Gretna City Hall is the largest structure in the town. Local New Orleans architect R. S. Soule designed the building in the Renaissance and Baroque styles. This is perhaps most exemplified on the main entrance on 2nd street, which features large columnns topped by Corinthian capitals. Its original function was to serve as a courthouse and this lasted until 1956. City government offices as well as the Sheriff's department are located here now. The building was added to the National Register of Historic Places in 1983 for its architecture and importance to local civic functions.

Gretna City Hall was built in 1907 and served as a courthouse until 1956, at which point it became city hall. 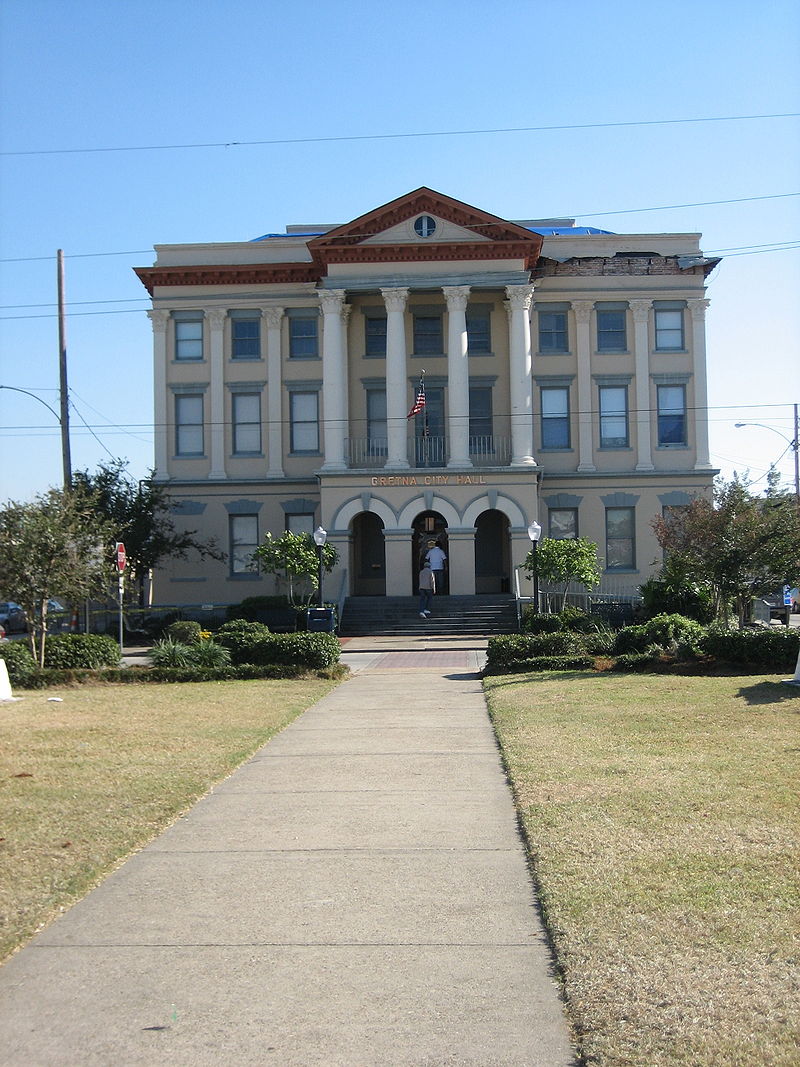 "About this Location." City of Gretna. Accessed January 25, 2017. http://www.gretnala.com/egov/apps/locations/facilities.egov?view=detail;id=16.