The Federal Monument of the Unknown Dead is located on the western side of the Salisbury National Cemetery. The monument commemorates the unknown Union prisoners who perished and were buried within eighteen trenches during the time when the Confederacy maintained a prisoner of war camp at this location. While the total of unknown dead soldiers is unknown, it is estimated that 11,700 men were buried within the eighteen trenches that lie just south of the monument. After investigating the graves, Congress commissioned the monument in 1876. The monument is fifty feet tall with an 18-foot square base.

The Federal Monument of the Unknown Dead is a 50-foot granite obelisk monument that was erected to commemorate the soldiers that died at the Salisbury Confederate Prison between 1866-1869. 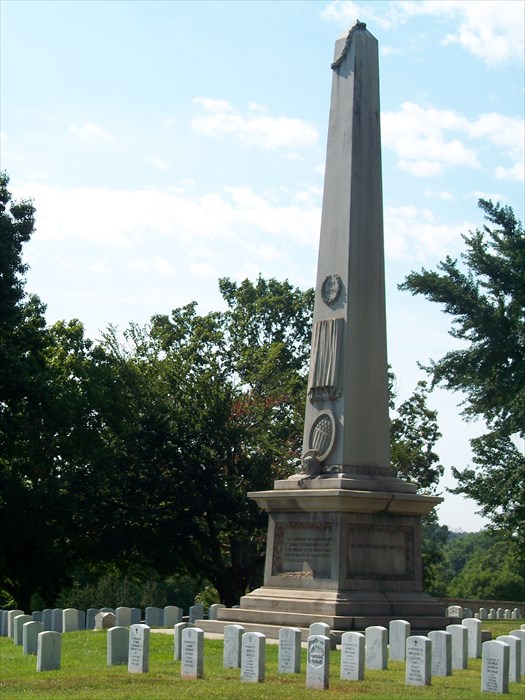 The front side of the Federal Monument of the Unknown Dead describes the number of Union Soldiers that died in a Confederate Prison to be 11,700. 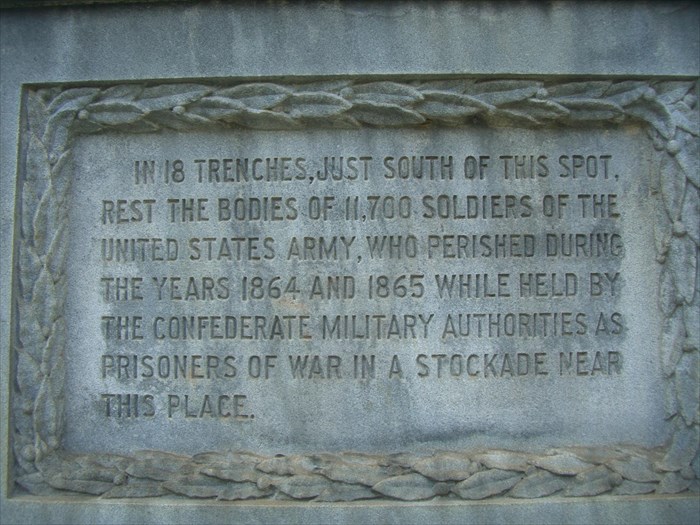 The Federal Monument of the Unknown Dead was paid for by Congress to honor the unknown, uncounted dead soldiers that died at the Salisbury Confederate Prison in Salisbury, NC. 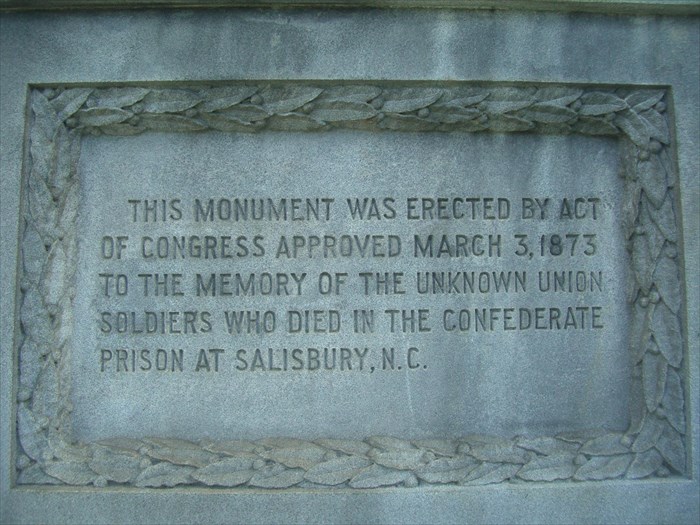 The Army reported there had been 11,700 soldiers that died. The number was later inscribed on the monument. 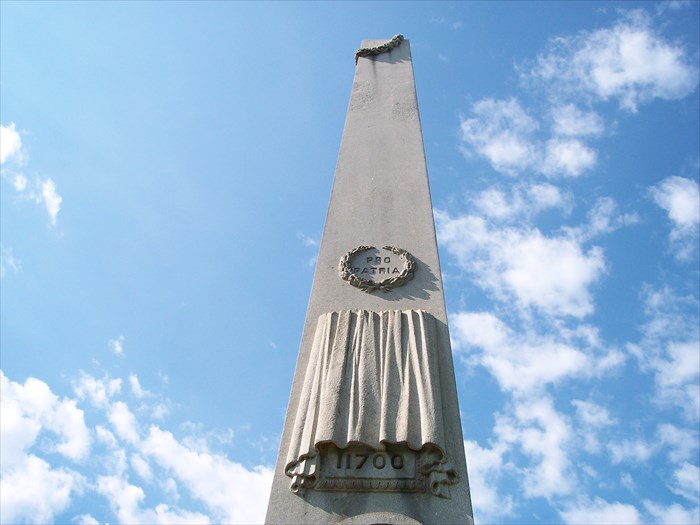 Salisbury National Cemetery was created as the final resting place for Union soldiers who died at the Salisbury Confederate Prison. The prison was intended to accommodate no more than 2,500 prisoners, but by the end of October 1864, over 10,000 men were detained here. Malnutrition and disease were rampant owing to the overcrowding and the lack of resources dedicated to caring for prisoners. Confederate conscripts and slaves gathered up the men who perished the night before and placed their bodies in what was known as the “dead house." The bodies were later buried in one on eighteen trenches. Each trench was two hundred and forty feet long.

Colonel Oscar A. Mack inspected the burial site after the war and stated that “From the number of bodies exhumed from a given space, researchers estimated that the number buried in these trenches was 11,700.”  For years this figure was accepted, although the exact total will likely never be known.

Alexander McDonald of Mount Auburn, Massachusetts was contracted by the government to construct the monument by December 31, 1876.  The granite monument stands fifty feet tall and has an eighteen square foot base.  In addition, each trench has “Unknown” markers placed at the ends of them.  The obelisk is topped with a laurel wreath on all four sides.  A veiled tablet, signifying the unknown and the numbers “11,700” are also inscribed on the obelisk. The monument was dedicated in 1876 and named the Federal Monument of the Unknown Dead.

Other inscriptions on the monument include:

"PRO / PATRIA / 11700 / THIS MONUMENT WAS ERECTED BY ACT OF CONGRESS APPROVED MARCH 3, 1873 TO THE MEMORY OF THE UNKNOWN UNION SOLDIERS WHO DIED IN THE CONFEDERATE PRISON AT SALISBURY, N.C."

FOR OUR COUNTRY 'TIS BLISS TO DIE.

IN 18 TRENCHES, JUST SOUTH OF THIS SPOT, / REST THE BODIES OF 11,700 SOLDIERS OF THE / UNITED STATES ARMY, WHO PERISHED DURING / THE YEARS 1864 AND 1865 WHILE HELD BY / THE CONFEDERATE MILITARY AUTHORITIES AS / PRISONERS OF WAR IN A STOCKADE NEAR / THIS PLACE.