Julia-Ann Square Historic district is a residential neighborhood in Parkersburg, West Virginia. Comprising five blocks between Julia and Ann Streets, the area contains over one hundred historic homes. Many of the city and state’s elites lived here, constructing elaborate houses dating from the mid-1800s to the early 1900s. It is the largest and oldest historic district in West Virginia, and is on the National Register of Historic Places. Today efforts to preserve and maintain the district are managed by the Julia-Ann Square Historical Community Association Inc.

The Julia-Ann Square Historic District Community Association has installed gateway arches at each entrance to the district. 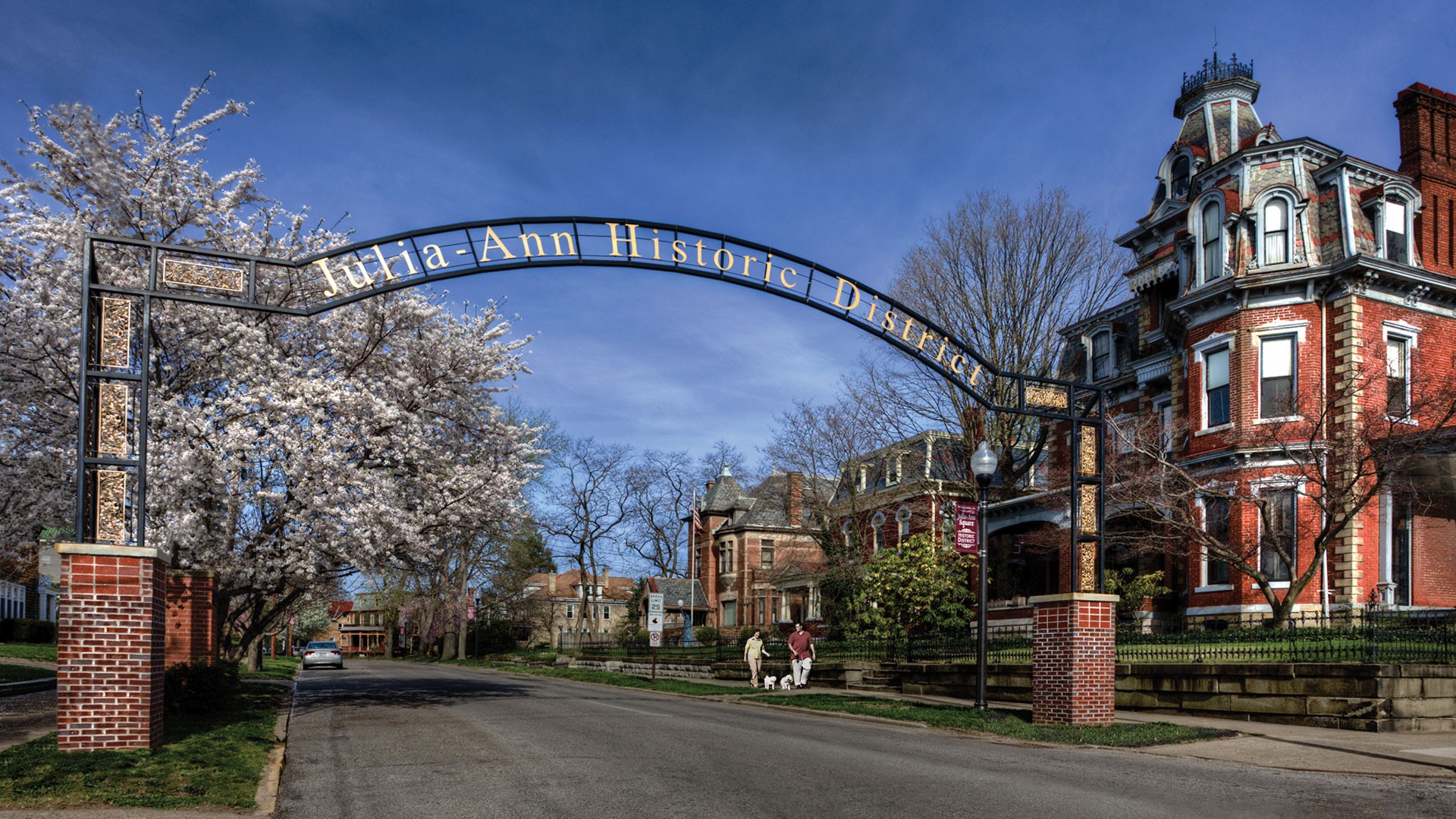 The Van Winkle House, also known as "The Castle" was built in 1870 and occupied by Peter G. Van Winkle, one of West Virginia's two first U.S. Senators. Courtesy of the Library of Congress LC-DIG-highsm-31837.

The Kunst House was built in 1900 and occupied by Dr. A. H. Kunst, superintendent of the Weston Insane Asylum. Courtesy of the Library of Congress LC-DIG-highsm-32094. 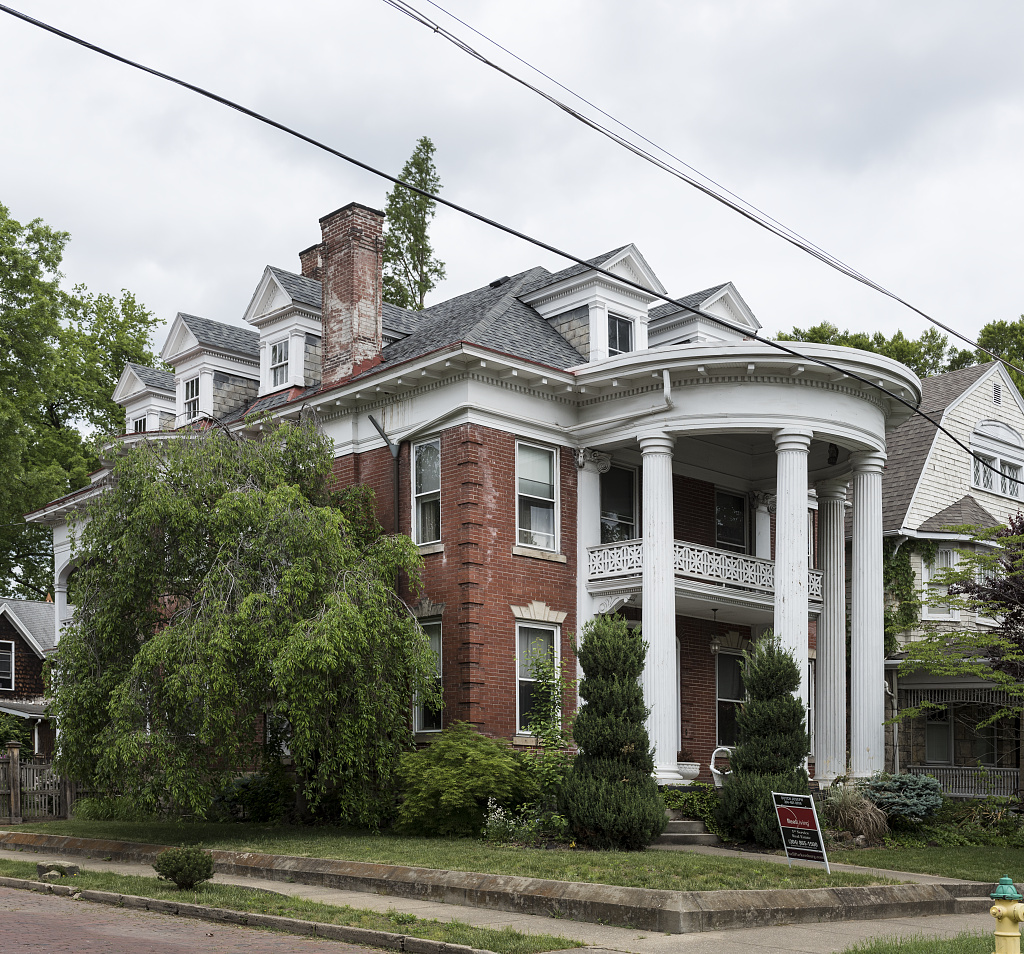 The City of Parkersburg was charted in 1860 and named after Revolutionary War soldier Alexander Parker, who had been granted the land originally. Parkersburg was the site of one of the nation’s first oil wells, Burning Springs Oil Field, which began production in 1860. An oil boom following the Civil War brought great economic prosperity to the area. By the 1880s the petroleum industry had made Parkersburg the second biggest city in West Virginia, attracting scores of businessmen. The city’s growing population caused many wealthy residents to move north to a lightly populated area along Julia and Ann Streets. This massive concentration of money quickly transformed the area into one of the most elegant neighborhoods in West Virginia.

Julia-Ann Square Historic District is comprised of 126 homes in a five-block section. Many different period architectural styles are represented, including Victorian gothic, Italianate, Second Empire, Queen Anne, Colonial Revival, and Shingle. At its zenith Julia-Ann Square was home to businessmen, bankers, politicians, religious and educational leaders from West Virginia and the surrounding area. Some of its most prominent residents included Joseph H. Diss Debar, the designer of the state seal; William B. Caswell, one of the founders of the Republican Party in West Virginia; William Nelson Chancellor, builder of the Blennerhassett Hotel; U.S. Senator Peter G. Van Winkle; and the family of Arthur I. Boreman, first governor of West Virginia. John F. Kennedy also visited the area during his presidential campaign and was said to have been impressed by it.

Parkersburg’s oil boom tapered off by 1915 and with it ended the construction of new grand houses in Julia-Ann Square. Many of the homes were in states of disrepair by the time the district was added to the National Register of Historic Places in 1977, with instances of porches collapsing and chimneys crumbling. Following the NRHP designation some local residents and homeowners began working to restore the district and its homes, later forming the Julia-Ann Square Historic Community Association Inc. The Association has undertaken several projects to revitalize the district. So far the Association has installed period lighting, benches, banners, gateway arches, and replaced the old sidewalks. The houses in Julia-Ann Square are privately owned and not open for viewing; however the Association organizes seasonal group tours of some of the homes.

Pierotti, Mikenna. "An Age of Prosperity and Imagination." Wonderful West Virginia, May 2015, 26-30.