This Confederate Cemetery was created thanks to the efforts of local civilians who buried soldiers killed in the 1864 Battle of Franklin. Two years after the battle, when the war was over, local citizens returned to the former battlefield and worked to record and mark graves of over 2,000 soldiers. The effort to create a dedicated cemetery was aided by former Colonel John McGavock and his wife, who donated this land for the establishment of a proper cemetery. In honor of their donation, the cemetery was named in their honor. A memorial service is held in June to honor the memory of those who lost their lives in the Battle of Franklin. 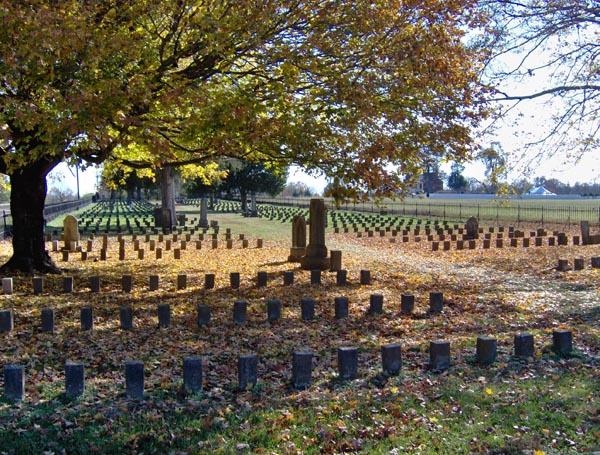 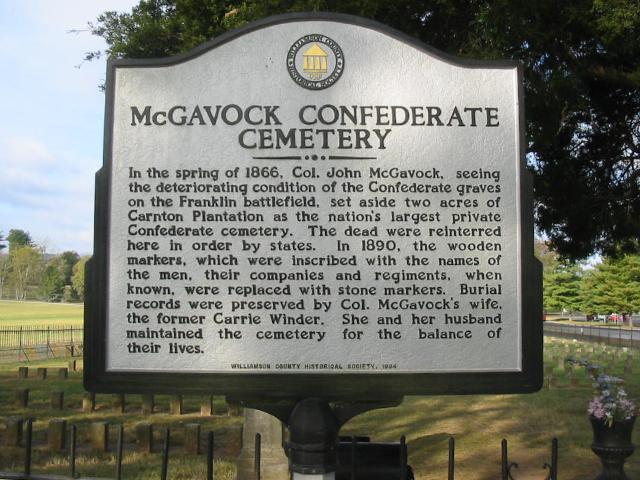 Aftermath of the Battle of Franklin 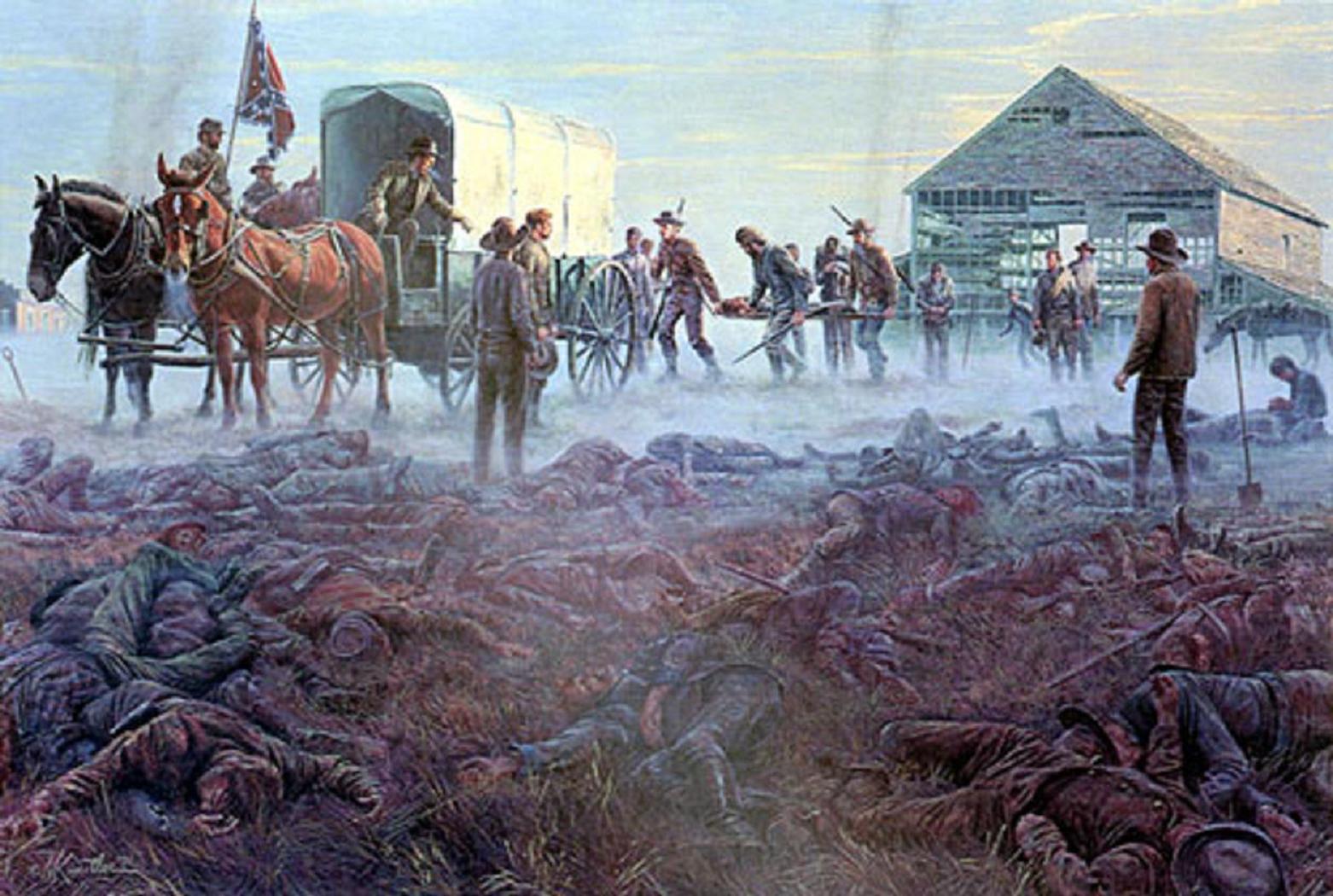 The Battle of Franklin occurred on November 30, 1864. General John Bell Hood led Confederate defenders against Major General John Schofield's Union army. Hood hoped to attack the Union, capture their supplies, and block their advance. As a result, Hood ordered a frontal assault on the Union trenches. The results were disastrous for the Confederates, as the Union had constructed small battlefield fortifications and were able to repel the Confederate advance with deadly effect. By the time the Confederates retreated, they had lost 1,750 soldiers with another 5,500 wounded or captured. Six Confederate generals died in the attack, including Patrick Cleburne. The Union lost only 200 soldiers with an additional 2,000 wounded or captured.

In the aftermath of the Battle of Franklin, the town was covered with dead and wounded. Many seriously wounded men were left to succumb to their wounds as the citizens of the small town of Franklin worked feverishly to attend to as many soldiers as they could. Homes and churches became informal hospitals as residents cared for injured soldiers. Given the nature of their defeat and the presence of a large Union army, Confederate military leaders could spare few soldiers to bury the dead or care for the wounded. Most of the graves were marked with only wooden markers. The names of many soldiers being unknown, many of these markers included only the name of their regiment.

The condition of these graves deteriorated, and some of the wooden markers were used as firewood by the poor while others simply succumbed to the elements. Meanwhile, some of the graves were too shallow which led to wild animals digging up the remains of some of the soldiers. In response, local citizens raised funds and began an effort to create a proper cemetery. The effort received a boost when Colonel John McGavock and his wife donated this land and made an effort to record any known details of the deceased.

George Cuppett led a team of former soldiers to rebury the dead at this cemetery, a project that took over ten weeks to complete. During reburying, George’s brother, Marcellus unexplainably passed away. George decided to bury his brother in the same cemetery, the only civilian buried in the McGavock Confederate Cemetery.

Since 1866, McGavock Confederate Cemetery has remained in private hands and is supported by donations. The McGavock house is maintained as a historic site and volunteers from the house and the cemetery offers daily tours to teach visitors about the history of Franklin in the Civil War and throughout the 19th century.