The site is currently called the Lake Catherine Apartments but was formally the Chuluota Inn, opened by Henry Flagler on Thanksgiving Day in 1914. The Chuluota Inn was a 2 ½ story brick hotel with 14-inch-thick walls made up of three layers’ side to side of bricks due to the extreme hurricanes and tropical storms from the 1900s and on. When the Inn needed supplies they were delivered by Henry Flagler’s own east coast railway, which had a stop at what is now the corner of 419 and East 4th St. where the “Short Stop,” is located. Back then the hotel had 25 rooms and ran for around $4.00 a day with meals included. They would place ads in such places as the Sanford Herald highlighting hunting and fishing opportunities in Chuluota. It is a significant part of Chuluota history and important to Central Florida history as well with its ties to Henry Flagler and his East Coast Railway.

The Inn under the construction in 1912.

Photo of the inn soon after completion taken from across the lake.

Two ladies enjoying the front porch of the Inn. 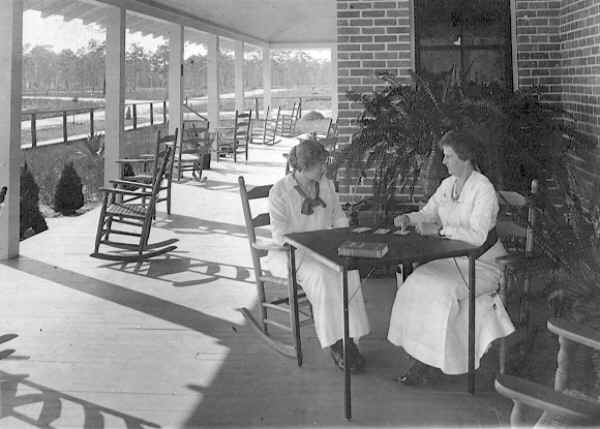 The inn as it appears today, now known as the Lake Catherine Apartments. 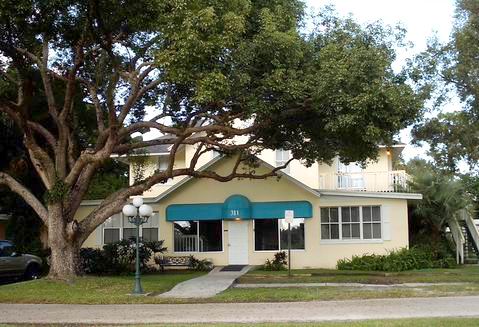 Henry Flagler bought the land in Chuluota in 1892, while creating the Chuluota Land Company, which was used to sell land acquired by the East Coast Rail Road. Chuluota itself was settled after the end of the Civil War by residents of North Carolina, some say that the name of Chuluota was possibly the name of the original Seminole town that it was before it was settled by whites. Henry Flagler built the hotel as a place for his wealthy northerners staying in his other hotel (located in St. Augustine) who wanted a country area to hunt. As the Lake Mills area of Chuluota grew into a cattle ranching and saw mill area, the Inn continued to flourish and was featured in brochures about the town and county. Soon the real estate boom hit, closing the saw mills to make room for more housing and eventually the Inn itself closed once the trains stopped coming in the 1930’s. In the late 1950’s the Chuluota Inn took off again this time under the name of the Lake Catherine Inn, becoming the hub for community life in the area and as a local meeting place. But it closed again in the 1970’s and was converted into a nursing home and although it seemed a perfect fit, the nursing home did not take off. It closed in the 1980’s to be converted into the apartments that it is now. As stated on their website the current owners (owned it since 2001) “Have been catching up on maintenance while trying to preserve as much as possible.” Many famous faces that have stayed in the small Inn, including the Rockefeller family and even the Dodge brothers (the first makers of the pickup truck). There are many other historic places located near the apartments such as an actual nursing home that is the neighbor of the apartments, and the VFW which once was the Chuluota School.