This society captures and saves all history of Tarpon springs from the immigrants to the sponge diving. 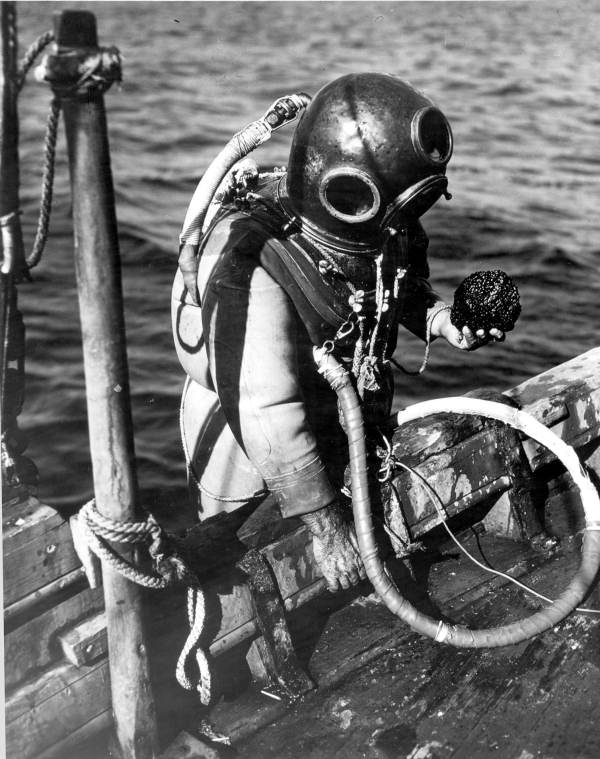 This photo shows the group of people who were sponge divers 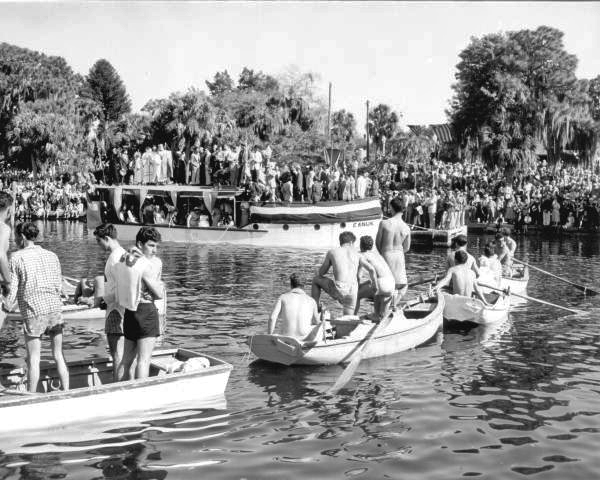 This photo shows tourist buying sponges from the docks of a local sponge diver. 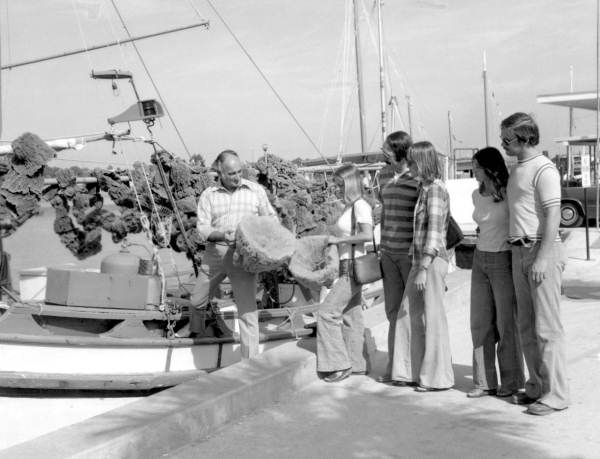 Tarpon Springs is a small town that barely is visible on the Florida map, due to the fact that it doesn’t have any big attractions or flashy signs. This town has been around for a long time dating back to the 1800’s, where one of the first settlers was Mary Ormond who came to Tarpon in 1879. She was responsible for naming the town when she was sitting next to the water seeing many large silver tarpons flow through the canals that she named the place Tarpon Springs. This town started having people started showing up after the civil war era, some of the people came running away from the war trying to avoid it all together. The actual pin point location I have chosen is Tarpon Springs Historical Society, yet I will be focusing on the sponge docks directly across from their building. These sponge dock have had so much history left on these wooden floors and smelly boats. These docks have changed the lives of so many Greek immigrants even so that businesses still to this day are passed down from generation to generation.

Tarpon Springs started to show up on the map in 1896 even though there were many people already living in this town it started to become relevant during this time. When John Cocorsis single handily brought the sponge industry to Tarpon Springs after working in the Florida Keys and he moved up to Tarpon to start his own sponge company. John then brought people from Greece to work for him in Tarpon Springs and started the Sponge Exchange Company, John Cocorsis had grown his business so quickly and so large that it became the biggest sponge company in all of the United States. The Greek immigrants started to influence the town around them that the culture and food became second nature to everyone in Tarpon. Tarpon Springs to this day makes sure that everyone who comes sees the Greek culture whether that would be in the food or the once a month Greek nights. Greek nights happen every first Sunday where they close down all the stores down the main street and they have a Greek block party with music, dancing and delicious food!

This small town runs off their sponges and they get by ever so slightly, this town has a rollercoaster of a time with booms and busts. One of Tarpon Springs largest booms was the real estate increase in the 1920’s when the land was cheap and everyone wanted to move to the Sunshine state. Then in 1938, after many hurricanes the sponges became infected killing many of the sponges hurting the income of the local sponge divers. This blow hit hard in this town and then the tourists arrived and their luck changed. Tarpon Springs now have sponge tours that tourist go out on boats and are shown how they would sponge dive back in the day and show what they would wear. Now I say this is a “small town” compared to Orlando or Tampa but tourists help fuel this town because thousands of people still do come to this town. Whether they come to see the docks or the Victorian houses that surround the community, people who want to see the real Florida and not a mouse come to Tarpon to explore.

Tarpon Springs, the reason why I chose docks was because of the history of this town is so rich and so important that many people over look it. Tarpon makes you feel like you are in a home away from home because the locals make every person feel important. The Tarpon Springs Historical Society has help captured the history of Tarpon Springs for tourist and local high schools to learn about what all happen here. The historical society is actually set up in a small old train post that use to be used to ship sponges to different parts of the countries and across the streets of the sponge docks. Tarpon Springs is truly a diamond in a rough that is forgotten that should be put back on the map on a destination that every tourist should come to.