The Greenfield Post Office was built in 1938 on the former site of the Freshour home. Abraham Freshour was a wealthy businessman in town who built his house from Greenfield limestone in the mid-1800s. By 1937, the post office had outgrown its original location in the Town Hall, leading the U.S. government to put forward almost $85,000 for a new building, plus $10,000 for the site. 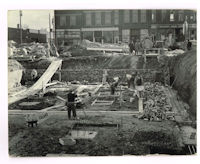 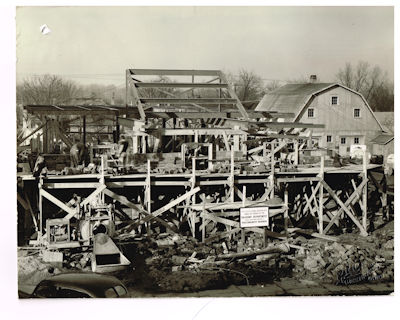 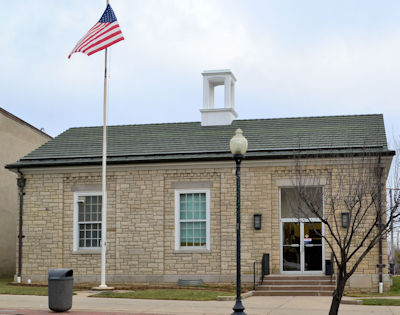 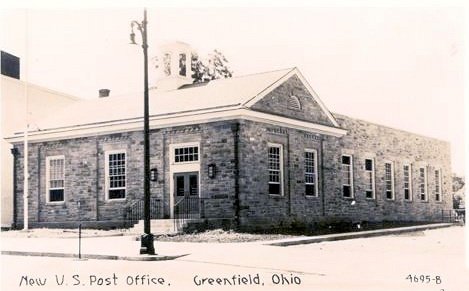 Abraham Freshour moved to Greenfield in 1824 and operated a saddle shop, though he later changed his business to general merchandise. Soon, he was thought to be the richest man in town. He built a large colonial-style stone house just east of his general store on the site of the present Greenfield Post Office. His son, James, a Civil War veteran, inherited the home and the business, which he operated until the 1880s. After his death, he left funds for a Civil War monument. It was dedicated in 1907 and sits in the Greenfield Cemetery.

Greenfield’s post office was originally located in the Town Hall, built in 1876. As the volume of mail the town received grew, Greenfield became a First-Class post office on July 1, 1928 with an income of $48,714. By 1937, that amount grew to $64,349. That same year the U.S. government bought the Freshour property to build a new post office. Much of the home’s Greenfield limestone was used in the construction of the new post office. The completed building was dedicated on October 13, 1938. One year later, the post office’s income jumped to $117,798, due in part to new factories in town, but mostly due to the Wilknit Hosiery Company, which shipped large amounts of hosiery by mail to its salesmen across the country.