Built in 1959, The Oil & Gas Building was erected in 1959 and placed on the National Register of Historic Places in 2014. The glass and steel building, along with its abstract geometric design, embodies the post-WWII architectural movement known as post-modernism. Its name, Oil and Gas, provides insight into the region's move toward petrochemical industry after World War II.

The former Oil and Gas Building 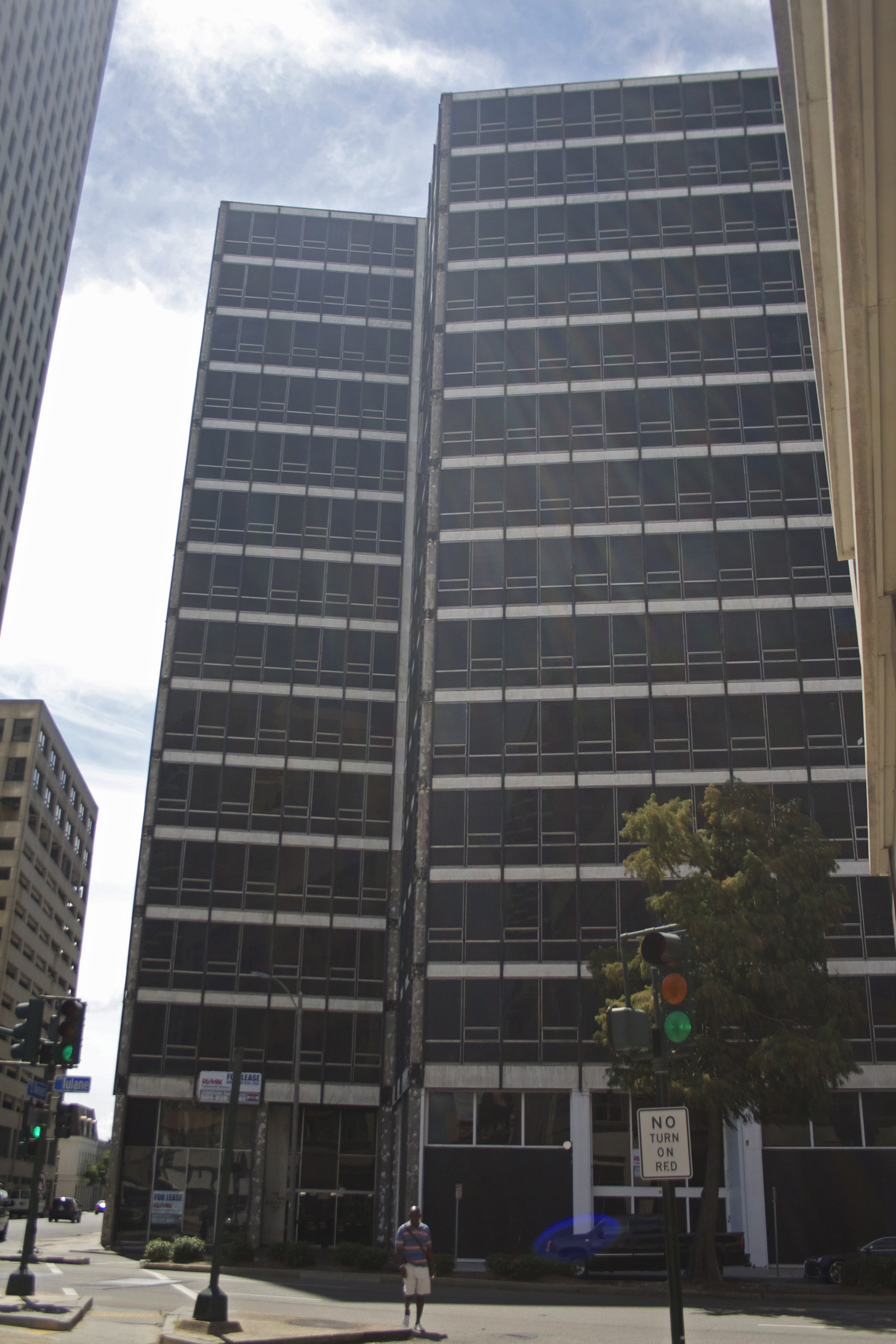 The New Orleans Oil and Gas building arose in a post World War II America that, for many -- notably whites, was a time of economic prosperity, which included an increase in automobile sales. And, with that, more oil and gas was needed. The explosive development of Houston notes that change, but Louisiana and New Orleans were a part of that, too, notably when it came to offshore drilling. As such, the Oil and Gas Building can be tied to America's desire for more oil, and the building's design can be attributed to a post-modernism movement that rebelled against previous decades of architecture considered bland and rigid.

Although Houston grew substantially due to oil in the 1950s and throughout the 20th century, most of the offshore drilling occurred off the Louisiana coast in the years following World War II. In truth, the entire Gulf Coast enjoyed an economic boom due to oil for decades following the war, albeit with subsequent issues regarding social injustices and tremendous pollution. 1

That need for oil arose from America's thirst for oil. A soaring Gross National Product, interstate highway construction, suburban housing, and a baby boom (families moving to the suburbs), fostered an era where middle class men (mostly white) owned cars and drove to work, not to mention vacations. as middle class families had money to spend. Most importantly, the 1956 Federal Highway Act included provisions for the U.S. government to tax gasoline and tires for the purposes of building roads; only 1% of that money went to public transportation.2

In short, in both the private and public sector, the car became king, and places like the Gulf Coast, once the mecca of cotton and sugar production, came to be known for its oil.

The 1940s also saw the conversion of the sugar cane fields along the lower Mississippi to petroleum processing and chemical industries abetted by ocean-going shipping and the growth of Louisiana’s onshore, nearshore, and later off-shore oil-and-gas extraction industry. With manufacturing in decline after the war, New Orleans rebounded with oil-and-gas related employment.

Technological changes in the shipping industry, meanwhile, replaced thousands of dockworkers with containerization technology, to which the city responded by developing its service sector for the leisure and business tourism industry. The city that came onto the world stage as a river/ ocean shipping port specializing in agricultural commodities entered the twenty-first century resting primarily on the tourism dominated service sector, port industries, and the oil and gas sector.3

Thus, while the building finds itself listed in the National Register of Historic Places for its post-modernism design, filled with glass and geometric oddities, its history involves variables well beyond its walls. Nonetheless, the architectural component should not be ignored. Prior to World War II, the country was locked in two major wars and a Great Depression. The post World War II era involved economic booms, government spending, job opportunities, and restored hope. It was less about practicality and more about creativity, as noted by the building's design. Although, it should be known that the Oil and Gas Building, designed in the late 1950s, came at the very beginning of the post-modern movement.4

1 Joseph A. Pratt, "Energy, Economic Growth, and Houston's Environment," in Energy Metropolis: An Environmental History of Houston and the Gulf Coast, ed. Martin V. Melosi and Joseph A. Pratt (Pittsburgh: University of Pittsburgh Press, 2007), 37; Craig E. Colton, "Too Much of a Good Thing: Industrial Pollution in the Lower Mississippi River," in Transforming New Orleans and Its Environs: Centuries of Change (Pittsburgh: University of Pittsburgh Press, 2000), 141-159.

4 Sources regarding postmodernism, and post-modern architecture are bountiful. However, for this section, a good source comes from The Chicago Architecture Foundation, "PostModern," architecture.org, last accessed February 17, 2017, http://www.architecture.org/architecture-chicago/visual-dictionary/entry/postmodern/

Photo By Brooke A. Schueller (Own work) [CC BY-SA 3.0 (http://creativecommons.org/licenses/by-sa/3.0)], via Wikimedia Commons