James Michael Curley built this historic home in 1915 during his first term as Mayor of Boston. He lived in the house for forty years before he and his wife moved to a smaller residence. The home is a spectacular structure designed for a very charismatic man and his family. Its walls embrace a storied history of Boston politics, both great and tarnished. By 1988, the real estate was being proposed for a condominium development, but the City of Boston and a charitable foundation (the George Robert White Fund) ended up purchasing the home at auction and removed the possibility of its destruction. 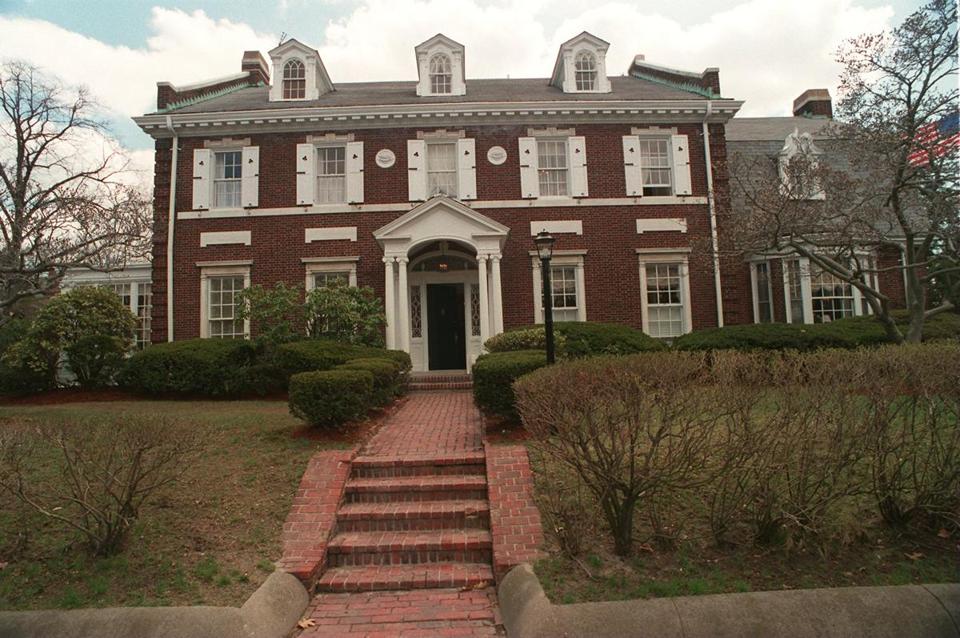 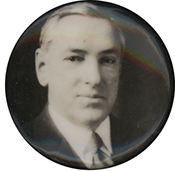 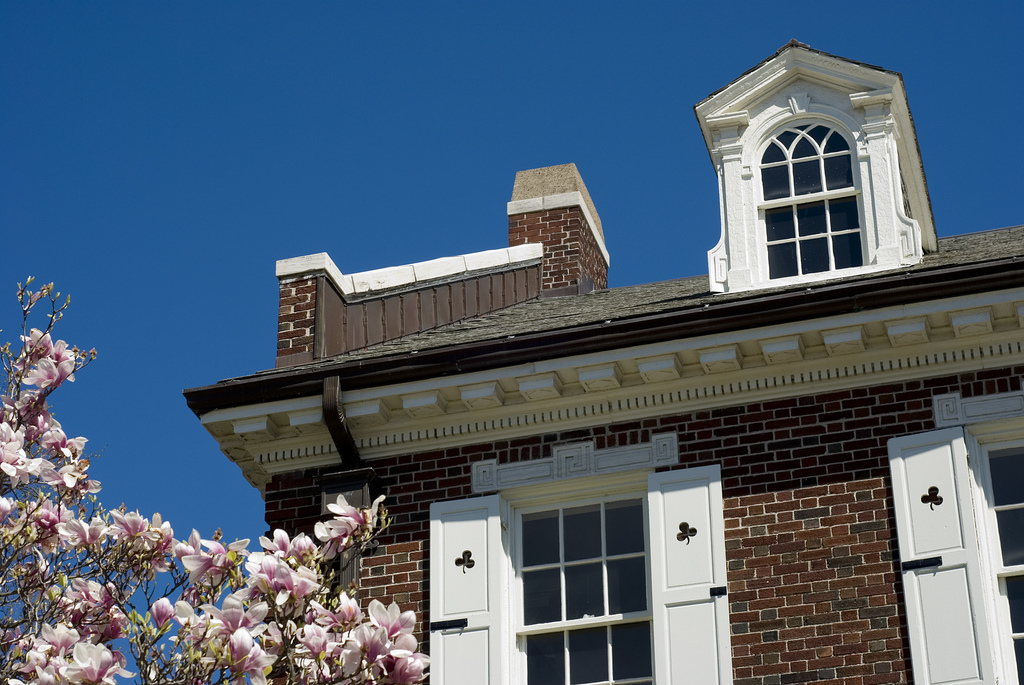 James Michael Curley (1874-1958) was a four-time Mayor of the City of Boston.  He also served as Alderman, Representative, and Governor.  In 1915, during his first term as Mayor, he built the magnificent 21-room neo-Georgian mansion on the beautifully landscaped Jamaicaway.  Curley had a historic political career.  He became a member of the Boston Common Council in his mid-twenties (1900-1902) and then served as a member of the state’s House of Representatives (1902-1904), a member of the city’s Board of Alderman (1904-1910) and City Council (1910-1912), before he was elected to serve as a member of the U.S. House of Representatives for his first term in 1911.  In the middle of his second term (1914), he resigned for the House of Representative to undertake a new role – he had successfully been elected to his first term as Mayor of Boston.  It is commonly reported that this role was his most cherished duty.  He completed one term but was not re-elected to the post immediately.  He ran again at the next election in 1922 and won a second term.  In 1926, he tried for a third term and lost again.  Defeat did not stop this persistent character.  He ran once more in 1930 and was elected to a third term.  Five years later, after one unsuccessful attempt in 1924, Curley won election as Governor of the Commonwealth in 1935.  He was again elected to the U.S. House of Representatives from 1943 to 1947 (the 78th and 79th Congresses).  During his second (fourth overall) term in Congress, he also served his final term as Mayor of Boston, simultaneously filling both roles.  He ran unsuccessfully for the Mayor’s post three more times in his life before he was finally appointed a member of the State Labor Relations Commission in 1957.  Curley died in Boston, Mass on November 12, 1958 and is buried in the Old Calvary Cemetery.

Curley is notorious for being a bit cunning in his lifetime. Twice he was imprisoned for fraudulent activities, once while he was serving as term as Mayor.  There is a story concerning the construction of his house, that some of its parts came from the summer home of a wealthy businessman.  A contractor told Curley that he could make him an offer for pieces of the old home to re-use in the construction of his own lavish dwelling.  In his 1957 autobiography, “I’d Do It Again,” Curley wrote “'I had counted out a thousand dollars, mostly in one-dollar bills, and wrapped a five-dollar bill around them.  I told the foreman I'd give him the huge roll, and he agreed immediately. It was a real bargain.''

As part of this deal, Curley purchased the home’s prominent spiral staircase, a paneled mahogany oval dining room, a tile fireplace and 28 carved mahogany doors. In addition to these parts, there is a famous door on the side of the mansion.  This is where destitute Bostonians could line up in hopes that Mayor Curley would provide a couple of dollars or some paying work.  The home itself is well-known for its unique shamrock shutters.  One of Curley’s favorite rooms in the home was his library.  He escaped to this room to study and make plans for his beloved city.

The walls of Curley’s mansion were not without tragedy.  He lost seven of his nine children before his own death.  He had twin sons who died in infancy, a daughter who passed away from pneumonia at age 15, another son who died after surgery complications and another son whose life was cut short due to alcoholism.  Most tragic was the deaths of his son Leo and daughter Mary, which occurred in the house.  Mary suffered a stroke in February 1950.  When Leo was called to the house that same day, he was so distressed over his sister’s death that he succumbed as well.  The wake for the two Curley siblings was held in the mansion.  Over eight years later, on November 12, 1958, James Michael Curley died.  His funeral procession passed the beloved home one more time on the way to his burial site at the Old Calvary Cemetery in nearby Mattapan.  His memorial is reported as the largest funeral in the history of the City of Boston.

In 1956, Curley and his wife decided to downsize and moved to a smaller home.  He sold the house for $60,000 in 1956 to the Oblates of Mary, a religious organization.  The group decided that the building was too large for them and tried to sell it in 1988.  It was listed at the time for $1.5 million.  A charitable group, the George Robert White Fund, in conjunction with the City of Boston, purchased the house at auction in order to thwart a proposal to redevelop the real estate as a condominium complex.  According to the City of Boston’s Finance Commission, the White Fund was used to purchase the property because it was an available financial resource and although they paid $1.5 million for it, it was assessed at only $775,000.  Today, the property is valued at $2,639,300.00 and is being used occasionally for receptions, community meetings and private parties.