While the building that now houses Indianapolis’ City Market was completed in 1886, the first market at this location dates back to the original plans for the city in 1821. When the city was laid out, a section was set aside for a “market” just east of the city’s circular center and that space is still occupied by the City Market. When this building was created in 1886 it adjoined Tomlinson Hall, a massive entertainment and sporting venue. Tomlinson Hall was four stories and could accommodate 3,800 people. Both the building and the market were the result of a gift from Stephen Tomlinson, who bequeathed his entire estate to the city for the construction of a market and a community building. The large, red brick building has seen many changes, to itself as well as the larger city, but it has endured through the decades. Today, it is home to over 30 vendors has been on the National Register of Historic Places since 1974.

The City Market has been located at this spot along Market St. since the founding of the Indianapolis. 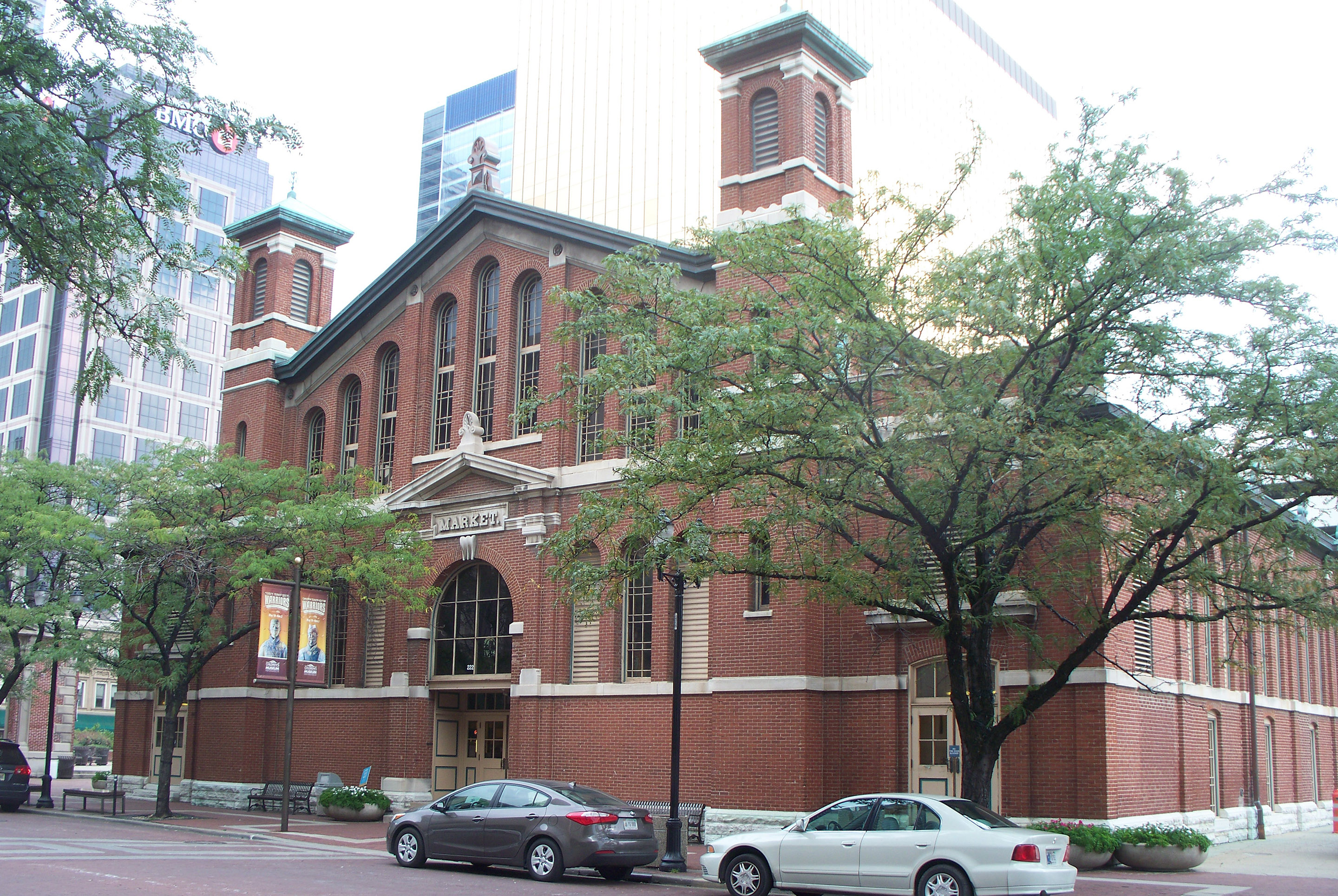 This aerial shot of the City Market Building reveals just how large it truly is. 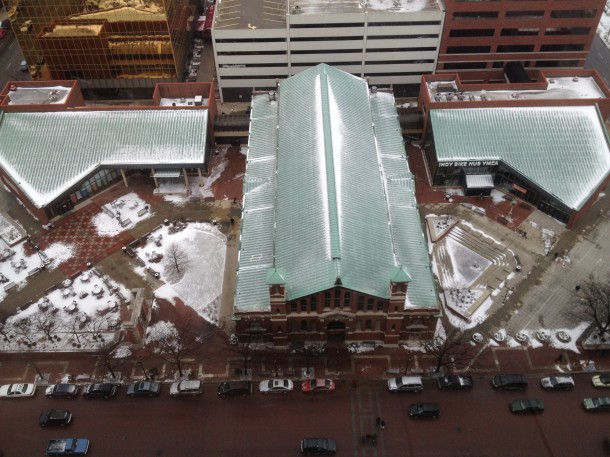 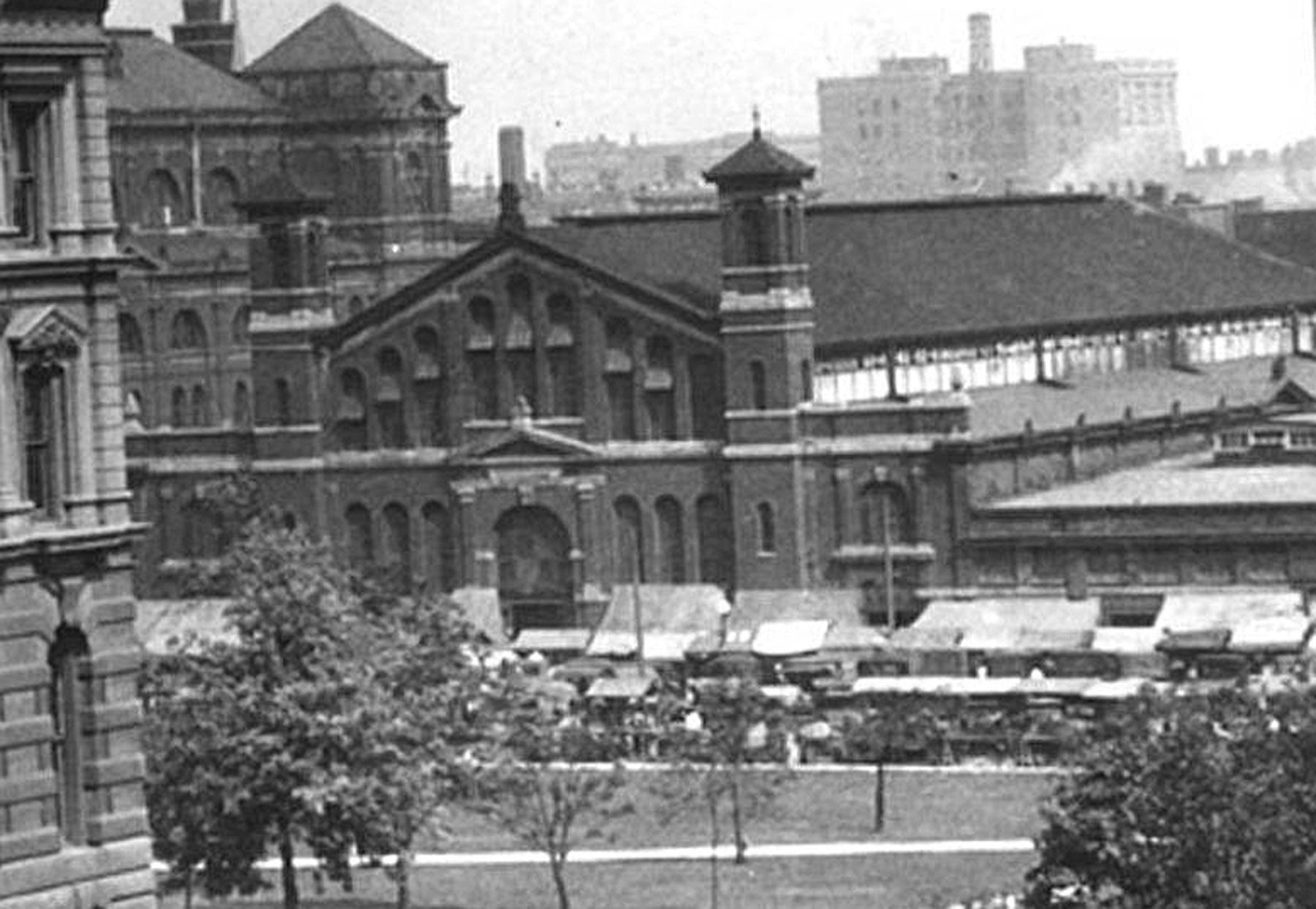 A panoramic view of the interior of City Market from the rear mezzanine which was added in the 1970s. 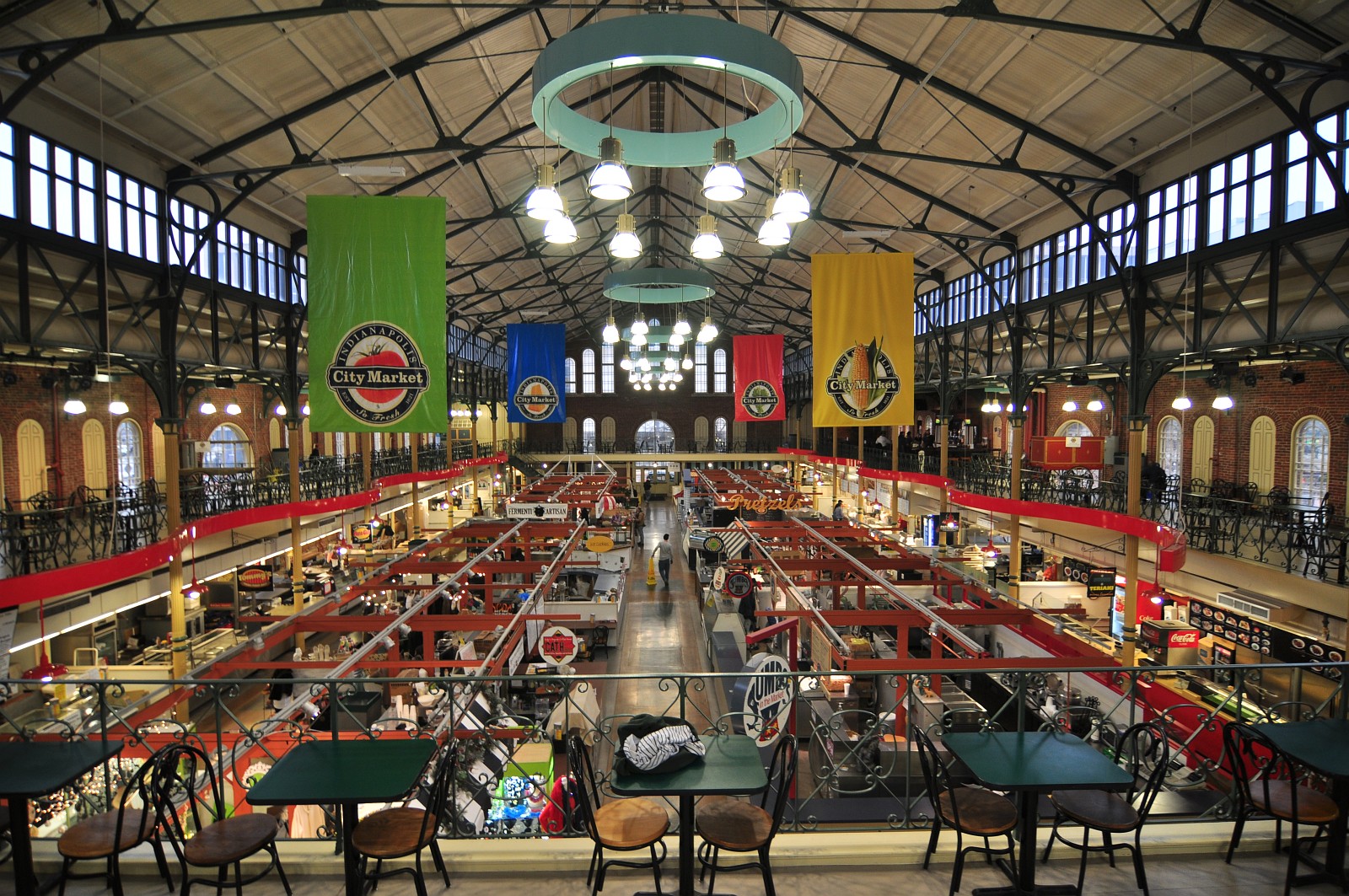 Indiana Landmarks hosts tours of the catacombs that still exist below what was once Tomlinson Hall. 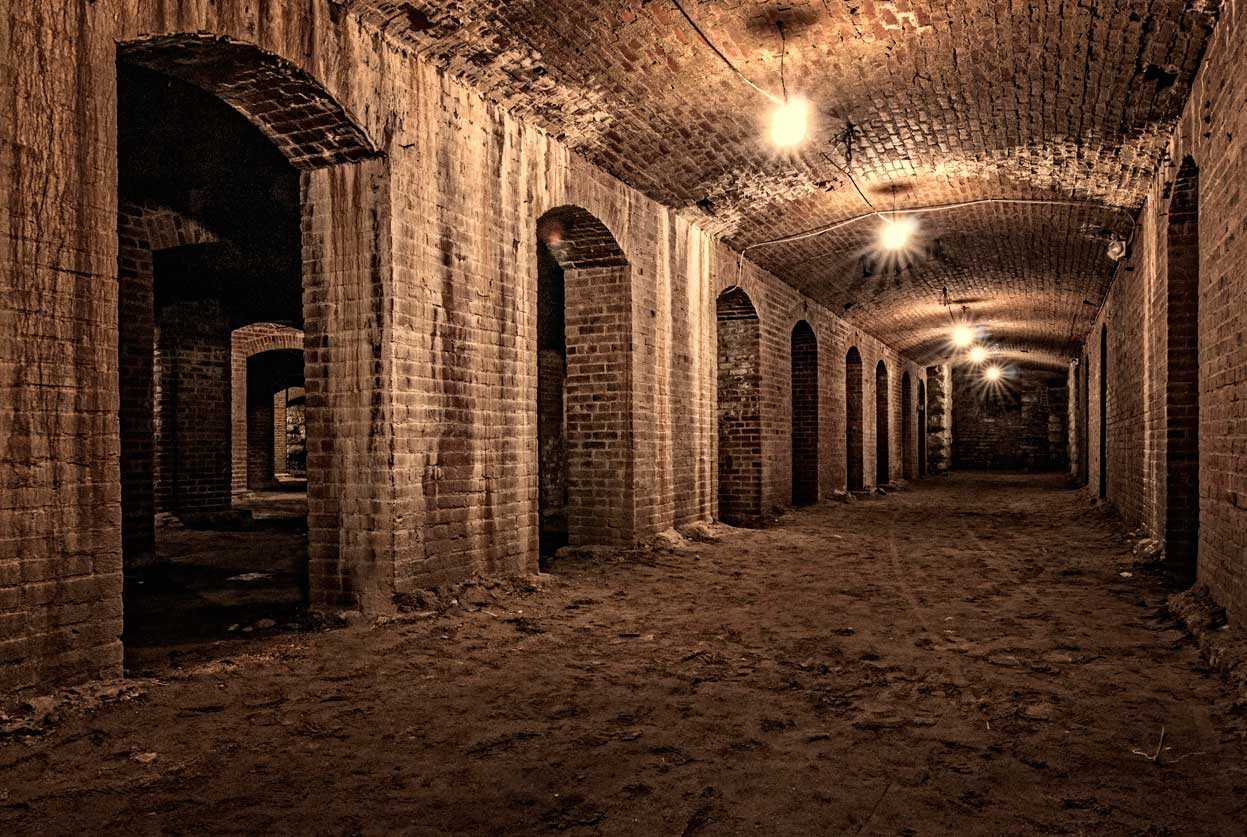 Most cities have markets, and Indianapolis has several. But few markets have been around as long as City Market and not many boast this market's most unique feature--its catacombs. The city’s first market at this location was an open-air venue in which locals built ramshackle structures and sold produce, meats, fish, and baked goods. In the last quarter of the 19th century, the city contracted with German architect, Dietrich Bohlen, to design two similar buildings in close proximity, one to house the market and another, Tomlinson Hall, as a large events venue. Both were completed during the same year, 1886.

In 1958, Tomlinson Hall was destroyed by a fire. The fire itself is the stuff of legend: it was believed to be the work of a pigeon carrying a lit cigarette and firefighters reportedly used so much water in fighting the blaze that it pooled in the streets and created a massive frozen lake. Months later, what was left of the Tomlinson building was demolished. Not all of Tomlinson Hall was destroyed, however. Its basement, which consists of 140 limestone columns that form a 20,000 square foot series of tunnels underneath the city, survived. Referred to as the "catacombs," the tunnels underneath City Market have never been used for burials, as was the case with the famous Parisian catacombs. Their original purpose has been lost over the years, although they've been used at times as a shelter for the homeless and as a firing range for police. Although some of the columns are crumbling, the Indianapolis catacombs are among the best preserved in the world. They are among only a dozen or so catacombs in the United States.

As for the City Market, Bohlen designed a building in a neo-Romanesque Revival style with German influences in what has come to be called a Rundbogenstil or round-arched style. The one-story (albeit a very tall single story) building is comprised of red brick with limestone trim and the main entrance is flanked by two identical towers, whose upper sections stand free from the main building. The structure’s huge, triangular pediment or clerestory features a series of nine, tall thin windows of varying heights dictated by the low pitch of the hip roof, grouped in threes. These windows permit the interior to receive copious amounts of natural light.

The interior was designed in a manner similar to a church, with a 200-foot long nave and flanking side aisles. The roof is held aloft by twelve iron trusses which are supported by slender cast iron columns. These trusses and columnns were supplied by the Hetherington and Berner Iron Works of Indianapolis. Two wings, east and west, were later added. These wings, while still attached, now serve purposes unrelated to the market. The east wing is currently home to a YMCA bike hub and the west, referred to as The Platform, now houses offices and shared meeting spaces.

The City Market was closed for a number of years while it went through extensive renovations in the 1970s. It was during this renovation that an interior mezzanine was added that surrounds the central section of the building. During the first decade of the 21st century, City Market and its few remaining vendors suffered through difficult financial times as it was viewed as nothing more than a glorified food court. However, the building went through a revitalizing $3.5 million renovation in 2010 and City Market is again a popular destination for those seeking an eclectic mix of food and drink.