This local history museum is located in the historic home of Henry Watson, a Captain in the Confederate Army. The home was built in the 1870s and has been well preserved by the local history society. Exhibits include a variety of artifacts that would have been included in the home and farm, as well as displays related to political, military, and business history. 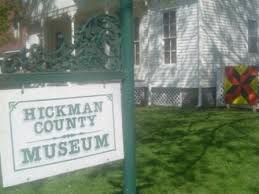 Hickam County was formed in 1821 by an act of the Kentucky legislature and Clinton has served as the county seat since 1829. This museum was established much more recently, opening their door in 1994 after several years of organizing, collecting materials and artifacts, and securing funds and other forms of support for the museum.