The Hopkinton Museum has been the center of activities of Hopkinton for two centuries. In recent years, the Historical Group and other organizations have used it for meetings and parties. The back of the building houses the Town Library, which has a children’s hour for pre-schoolers and a summer program for older children. They also take an active part in the Hopkinton Summer Fest. 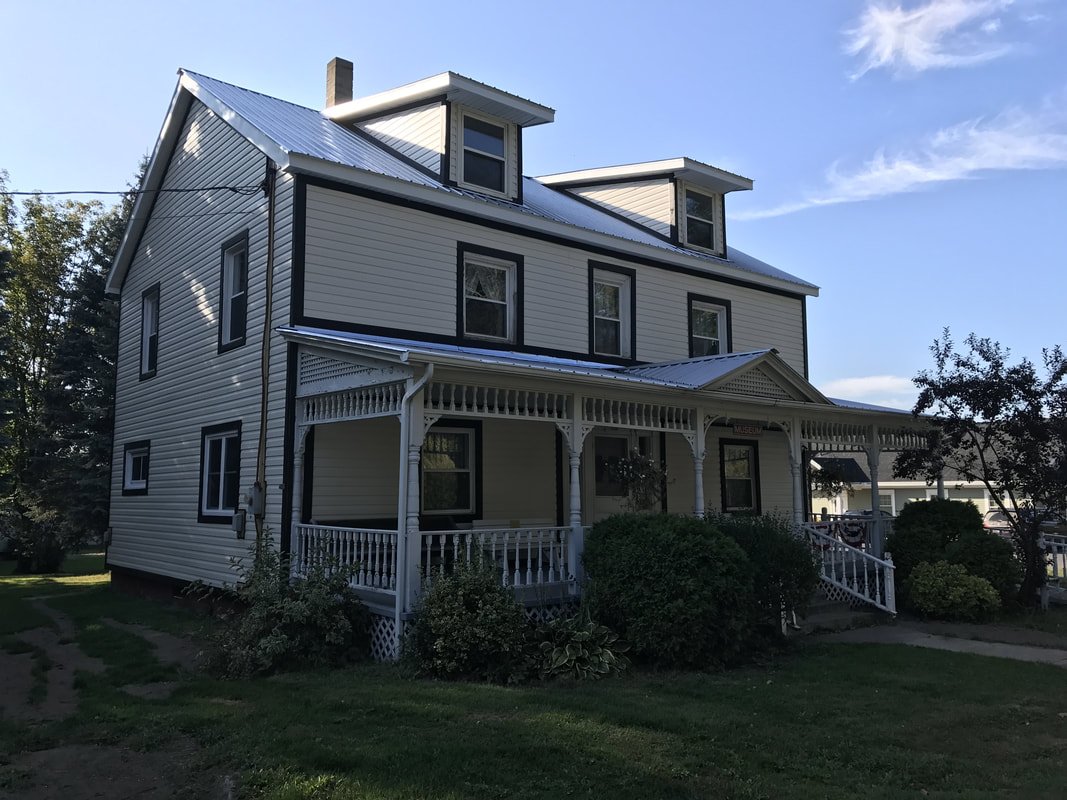 The land the Hopkinton Historical Museum is built on was deeded from Roswell Hopkins to Samuel Wilson on January 20, 1817. On it, Mr. Wilson built a small store, which is now the part of the building that houses the Hopkinton Library. The front section was built by Zoraster Culver in 1838 or 1839 for him and his family to live in while taking over the store in the back. The front continued to be used as living quarters for different families over the next 150 years.

Fred Trask owned the building when the History of Hopkinton was written by Carlton Sandford in 1902.vCharlie and Margaret Perry raised their family here: Charlie was a milk truck driver and Margaret was related to the very earliest settlers of Hopkinton. It was next owned by Gene Rawson.

In 1985, the Hopkinton Historical Group and the Hopkinton Town Board bought the building with an “America the Beautiful” grant. Over the last twenty years, the Group has performed restoration work to bring the house back to the 1850s. They have also been fortunate enough to be able to furnish it with some pieces that belonged to the town's founding father, Roswell Hopkins.

Sundays, 1pm to 3pm, in the summer