This building, built by Ebenezer Miner, once held the Remington Corner Clothing Store on the right (now the Chamber of Commerce) and the Safford & Havens department store on the left (now NYSARC).

Photo of the Miner Block from the opposite side of the street. Courtesy of the St. Lawrence County Historical Association, 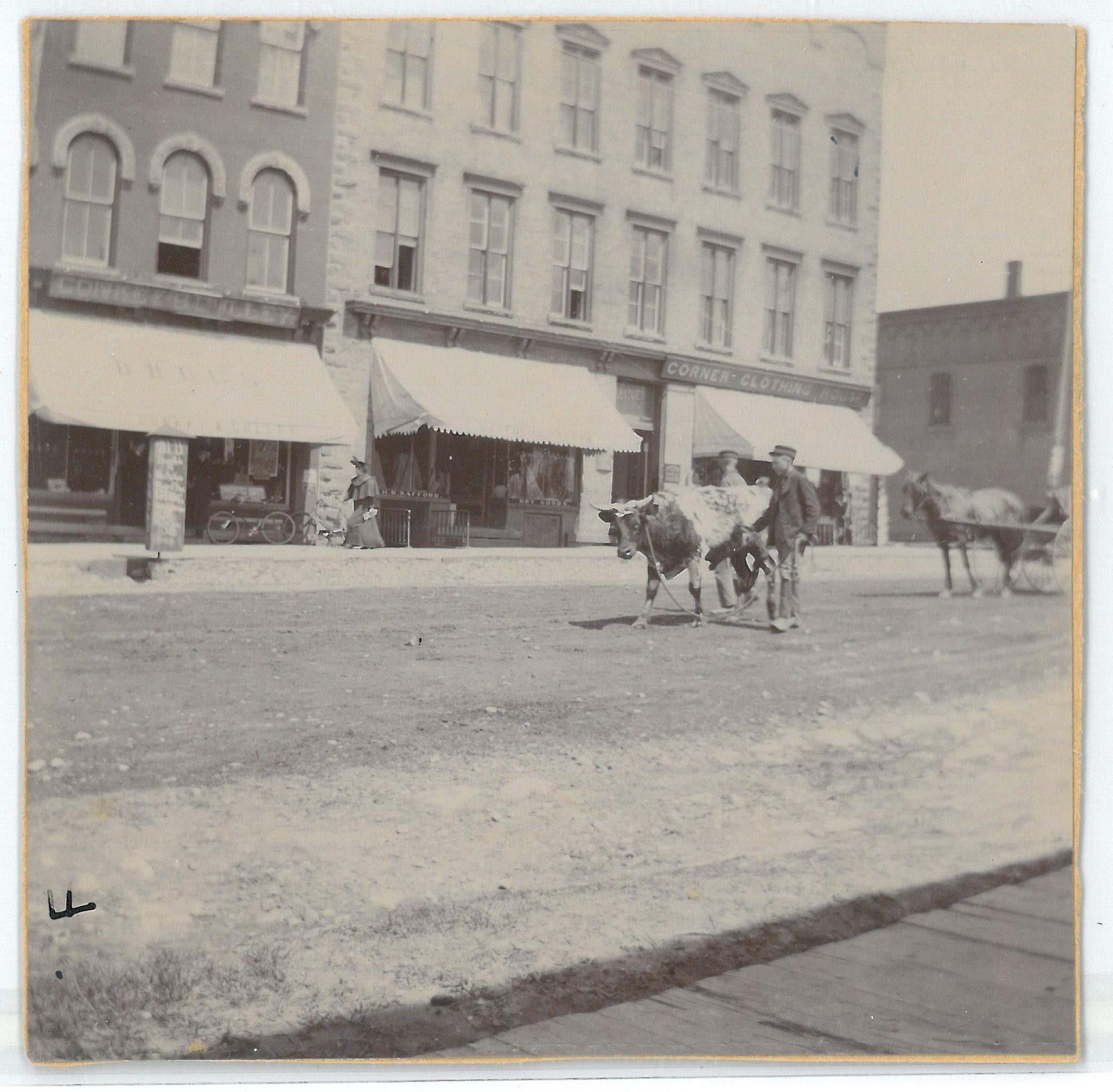 The Remington Corner Clothing Store was first simply the Corner Clothing Store, run by Richard Bury Ellsworth (son-in-law of Ebenezer Miner). On his death in 1894, the shop and the stock of ready-made men's and boy's clothes was sold to William (1839-1907) and George Remington (1864-1907), the uncle and cousin of the artist Frederic Remington and residents of nearby Miner St. By 1900, this was the largest clothing store in Canton, and the Remingtons had bought or started stores in other towns.

Hammond B. Safford (1837-1908) & Rolland P. Havens (1844-1883) formed a partnership in 1865, following Havens’s service in the Civil War and Safford’s period of time working as a clerk in Milton Packard’s store. The pair opened a department store in the west side of the Miner Block, selling fabric, cloaks, underclothing, shawls, carpets, oilcloths, and other items. Havens married Lucretia M. Safford, his partner’s sister; on Havens’s death, Lucretia took his place as partner. By 1900, the younger generation - Rolland Safford (1875-1932) and Rollin Havens (?-1908) - was more heavily involved with the company.