The Eagles Auditorium was built by the Fraternal Order of Eagles in 1924. Inspired by the Progressive Movement, the organization was established by area business leaders who helped to support a variety of initiatives that would assist "the common man." The fraternal group's membership grew rapidly with nearly 350,000 members ten years after its first meeting in 1898. This fraternal organization's mirrored the goals of many business leaders in the "Gilded Age" and demonstrates the progressive orientation of many Republicans such as Theodore Roosevelt.

Architectural features remind Seattle residents of the building's original use as an auditorium that was built by the Fraternal Order of Eagles. 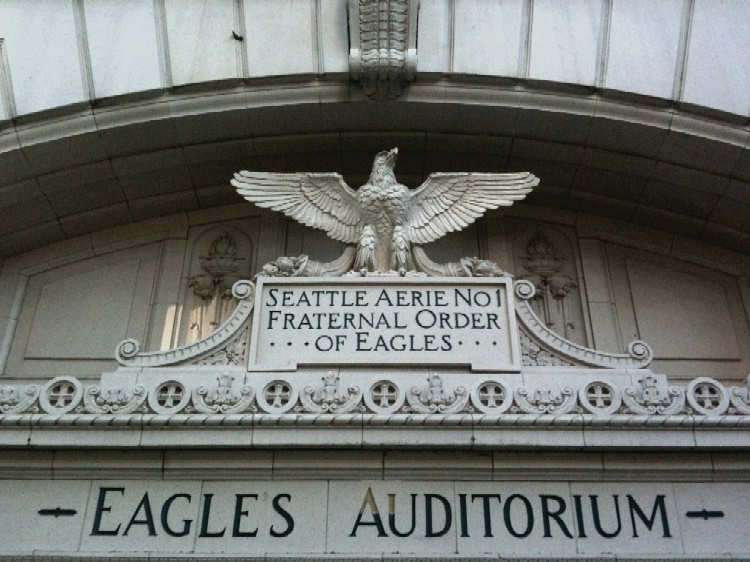 The Eagles operated this building from the 1920s through the 1980s. 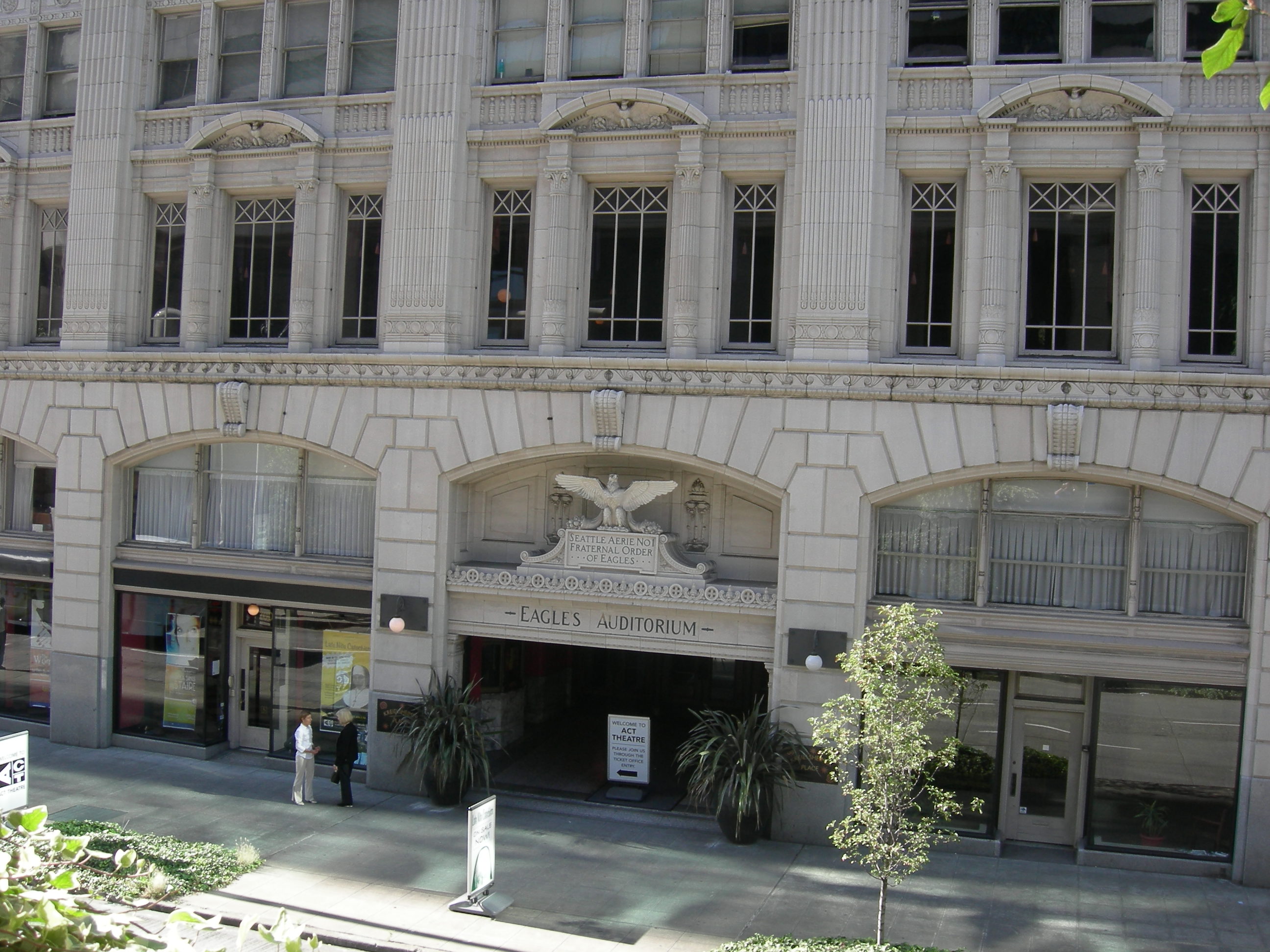 The building is now home to offices and retail space. 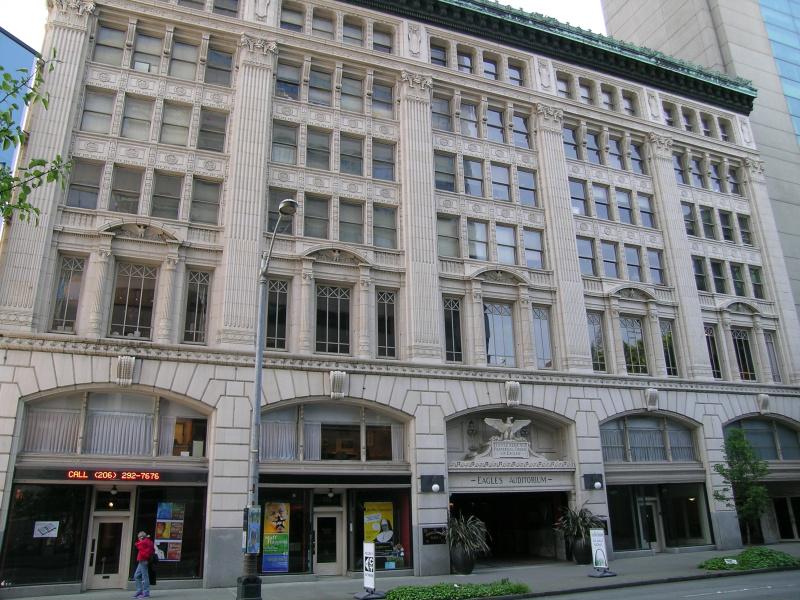 Eagles Auditorium was erected by the Fraternal Order of Eagles (FOE), in 1924-25,  the first Eagles lodge ever formed. The organization established its headquarters in Seattle. With the growth of membership came the opportunity to build a structure that could host activities and events that would benefit both the city and the members. Eagles Auditorium opened with 21,000 square feet of interior space that included offices, a gymnasium, apartments, a night club, ballrooms, and dining halls. The six-story building is supported by reinforced steel and concrete. The exterior features architectural terra cotta and other features typical of the Renaissance Revival style of architecture. The interior included marble floors and ornate plaster and wood features.The building was operated by the Eagles August of 1981.

On February 6, 1898, a group of theater managers met to discuss some business matters by taking a walk along the tide flats, but the conversation turned philosophical; the men discussed issues of democracy and brotherhood. As a result, the men decided to create an organization, "Seattle Order of Good Things," which began on  March 12, 1898.
Inspired by a picture of an eagle adorning a wall where the men met, the organization changed its name to the Fraternal Order of Eagles (hereafter, FOE). The organization drafted a constitution intent on making life more desirable by lessening life's ills and promoting peace, prosperity, gladness, and hope. The Order became dedicated to the "Fatherhood of God and Brotherhood of Man."
The Secretary of State in Olympia issued the charter for the Grand Aerie, FOE on May 13, 1898, which quickly led to rapid expansion of the FOE. Fifteen days later, the FOE established another chapter in Spokane and, within one year, membership increased to 3,000 members and 18 chapters in Washington, Oregon, California, Montana, and British Columbia. Ten years after the Seattle businessmen created the Fraternal Order of Eagles, the organization boasted of 350,000 members scattered among 1,800 lodges found throughout the United States, Canada, Mexico, Hawaii, and the Philippines.
The FOE's rapid growth signifies a broader progressive movement within the U.S; numerous social movements reshaped politics away from the policies that shaped the Gilded Age. The Order, like many of the day, sought to become a grassroots organization intent on serving "ordinary people -- a bottom-up approach to social justice and politics.  The members of the Eagles sought to use their wealth and influence to address the needs of the less fortunate and address some of the issues plaguing cities during a time of rapid urban expansion.
In helping the "common person," the FOE offered its members were weekly benefits paid in case of sickness and free medical care, In 1900, the FOE sponsored the nation's first Workman's Compensation Law, and ten years later the FOE sponsored America's first Old Age Pension Law. In fact, in 1935, the FOE spent more than $1 million towards the promotion of the Social Security Act proposed by President Franklin D. Roosevelt, who presented the pen he used to sign the act to the Eagles in recognition of the organization's efforts.