This 1893 Queen Anne Victorian was built by Frank J. Wolfarth, owner of Wolfarth Steam Bakery, the largest steam bakery in Michigan. Begun in 1867 the bakery grew quickly and by 1911 was producing 30,000 loaves of bread per day. The home remained in the family until 1992 when the current owners have since completely restored it. It has four fireplaces, three full finished stories, and historically period spaces. 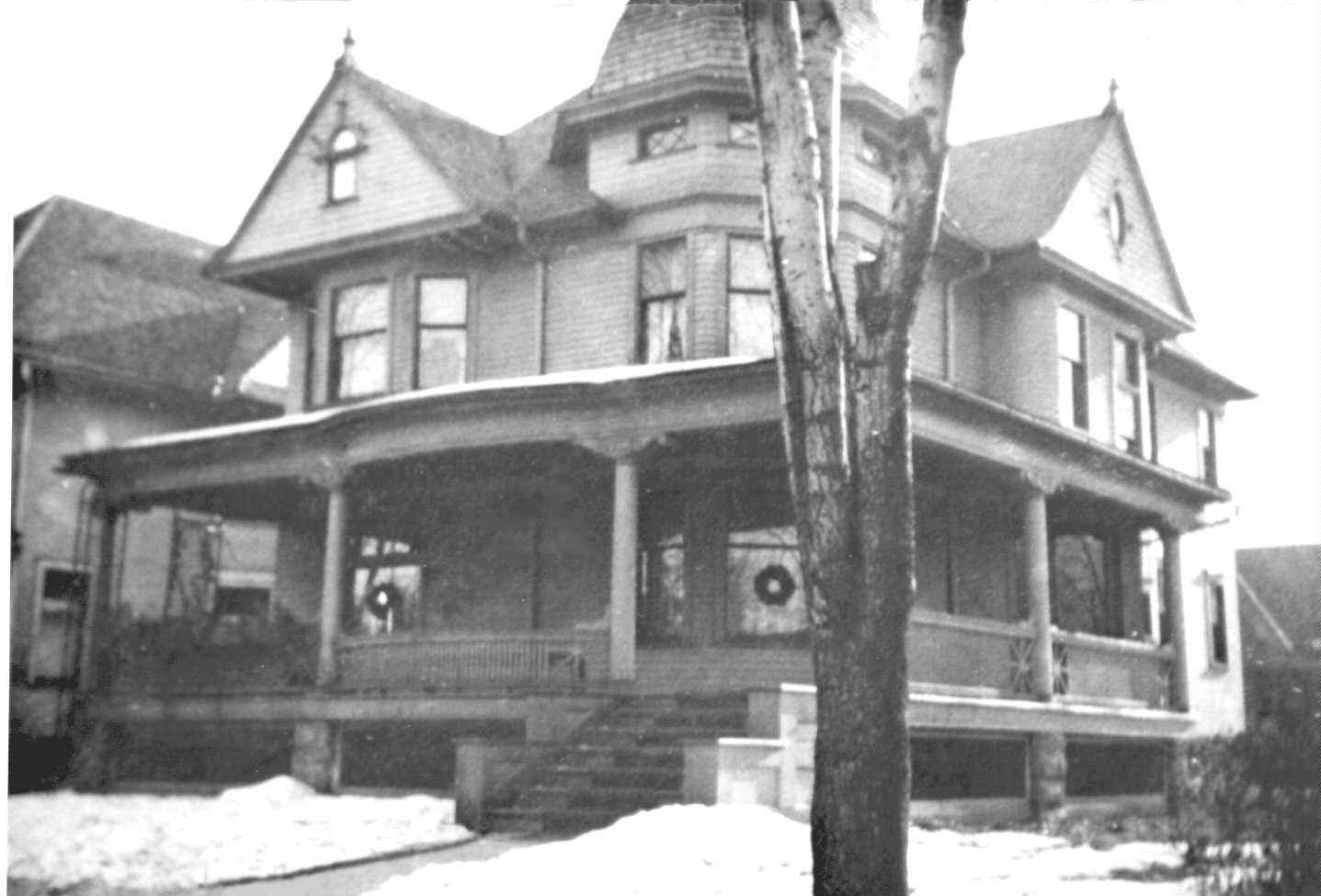 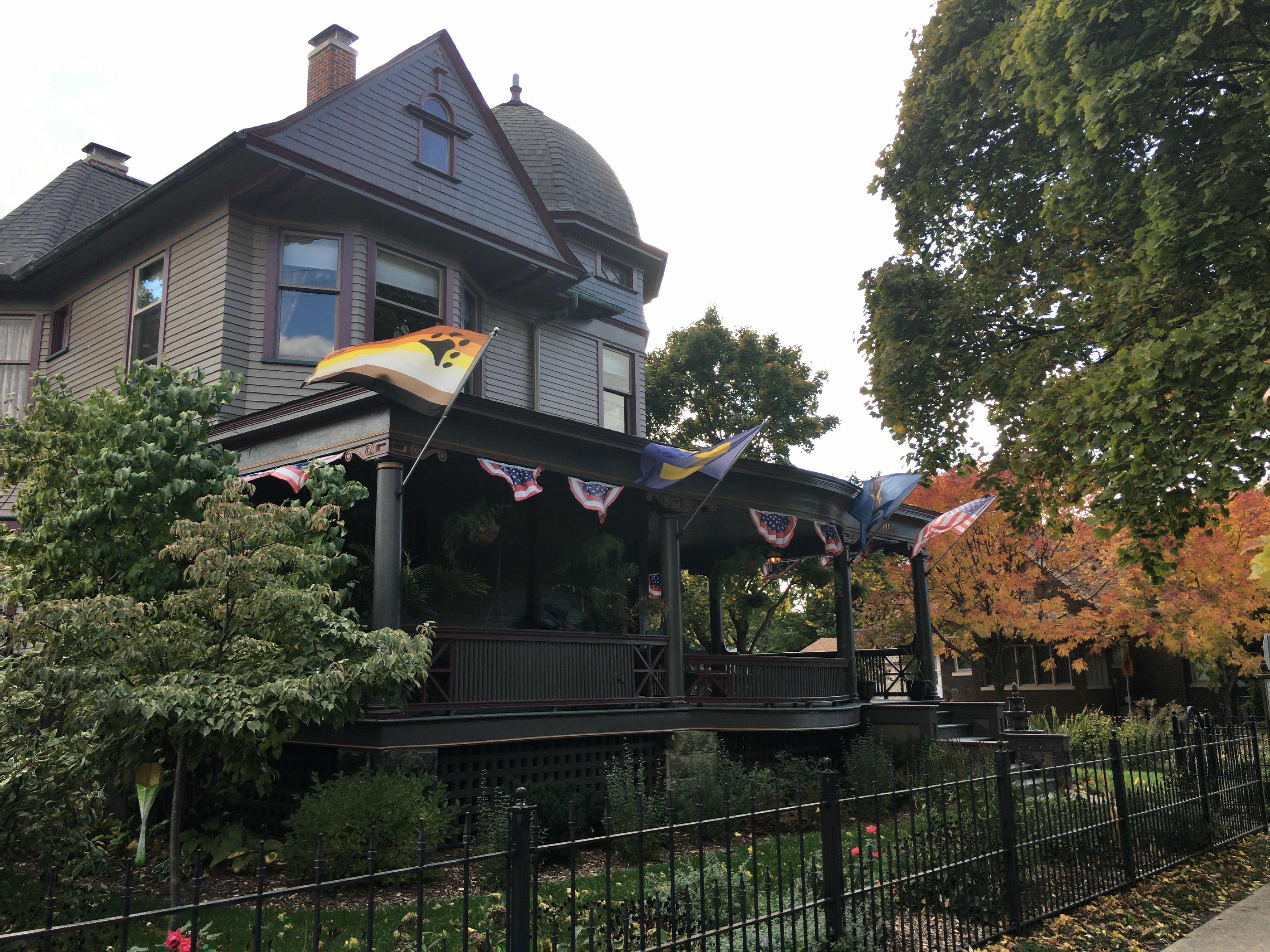 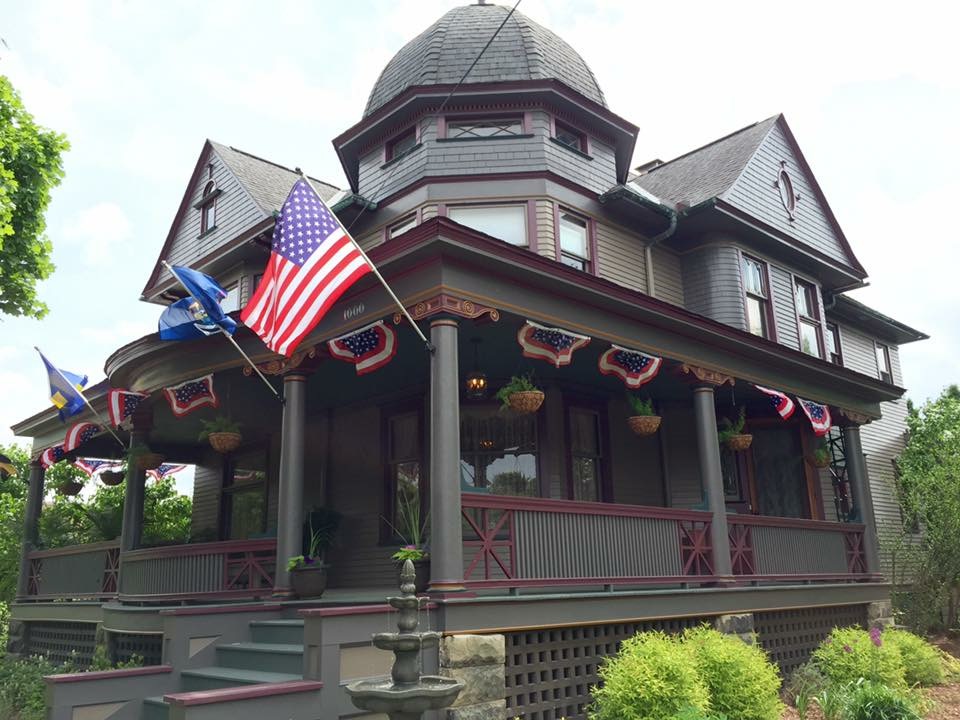 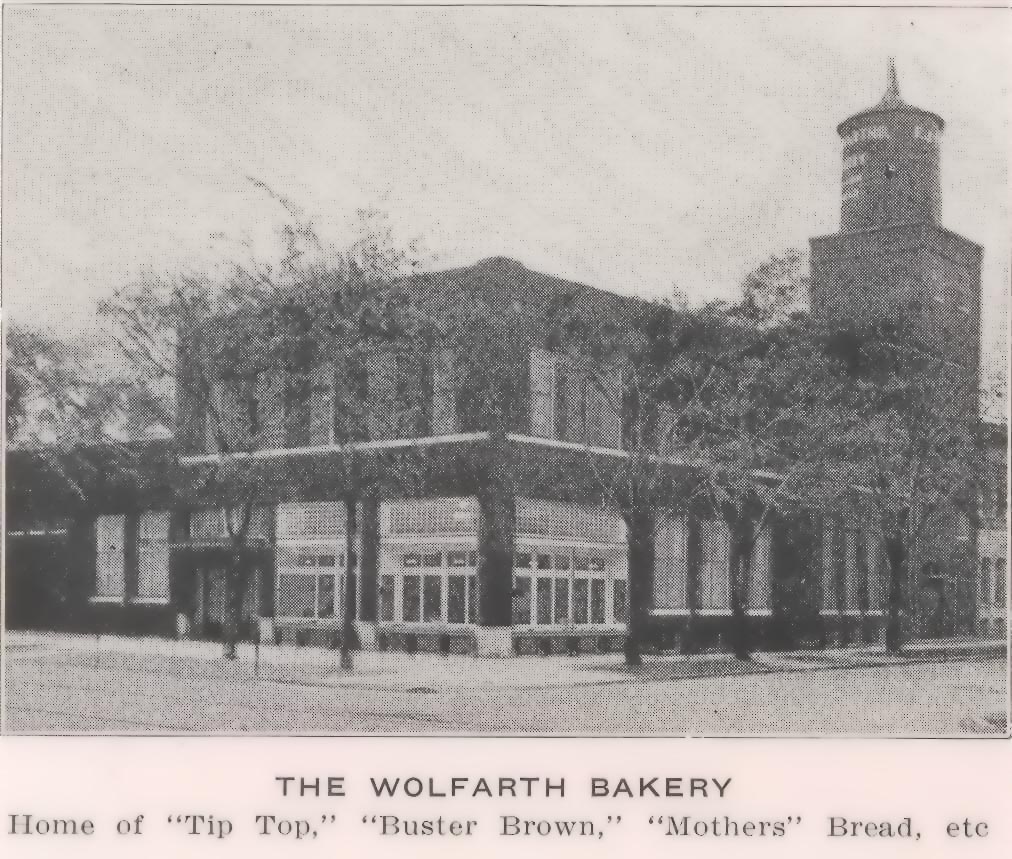 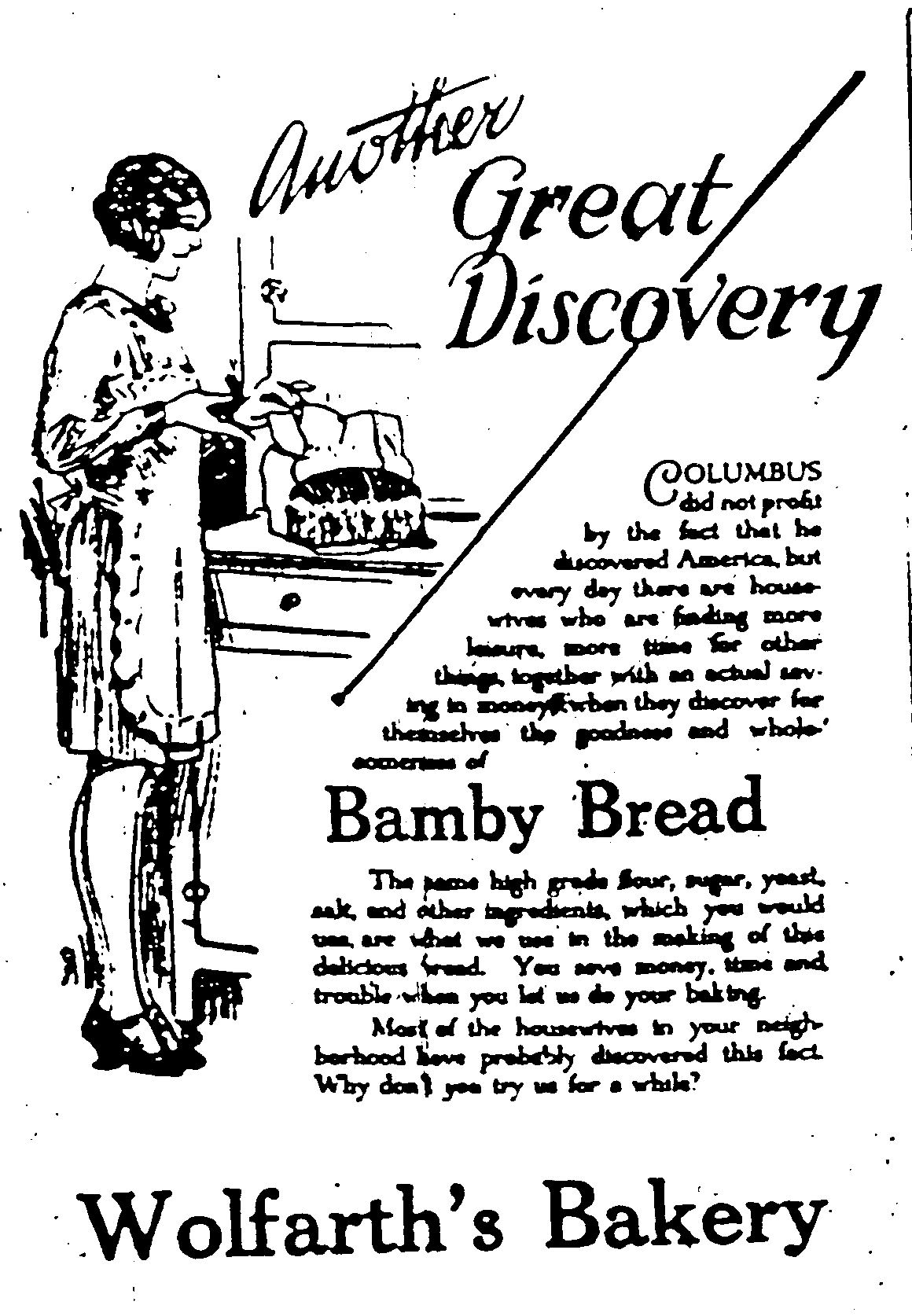 Frank W. Walsh (grandson of the builder), his daughter Rachel, and twin sisters. 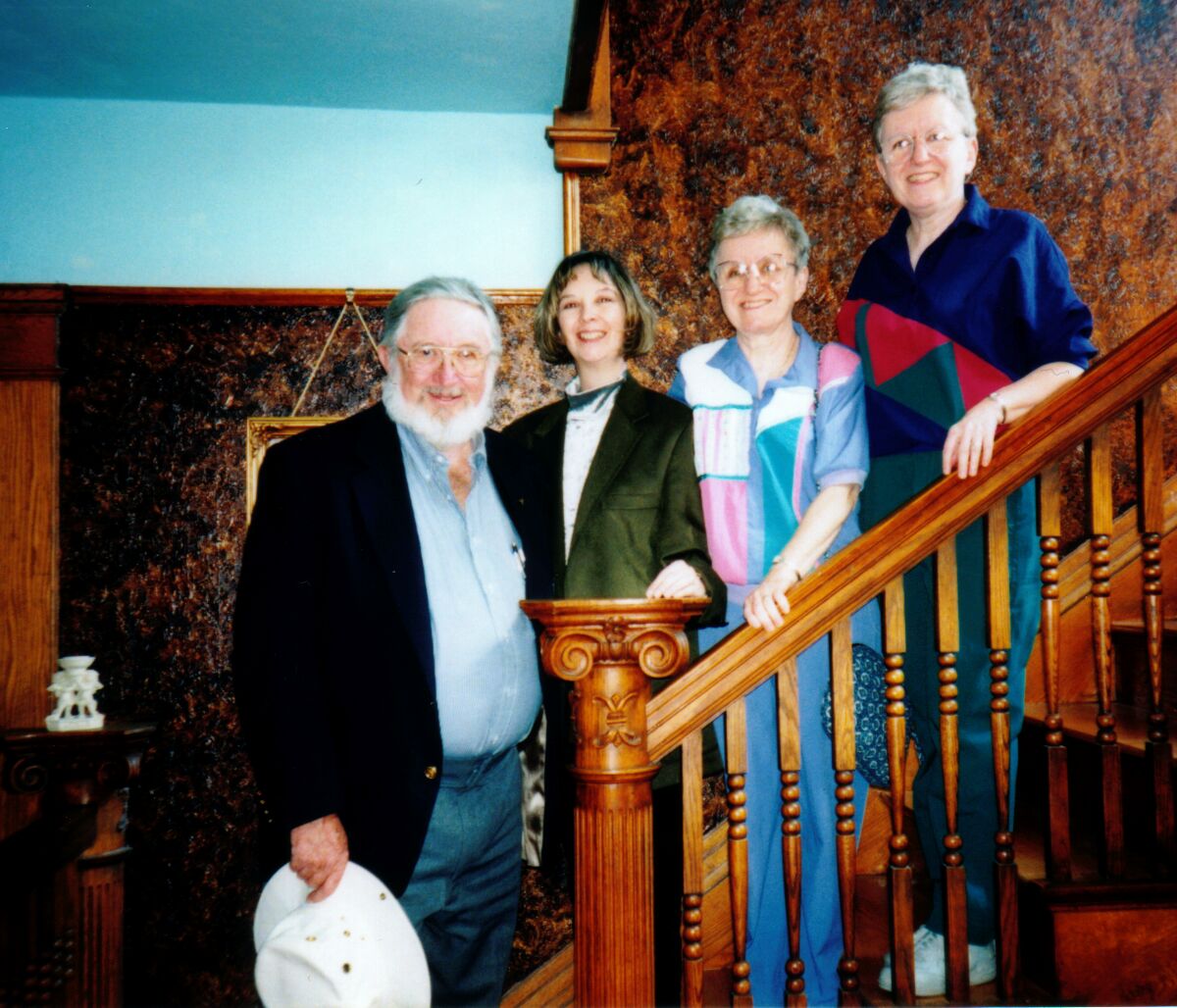 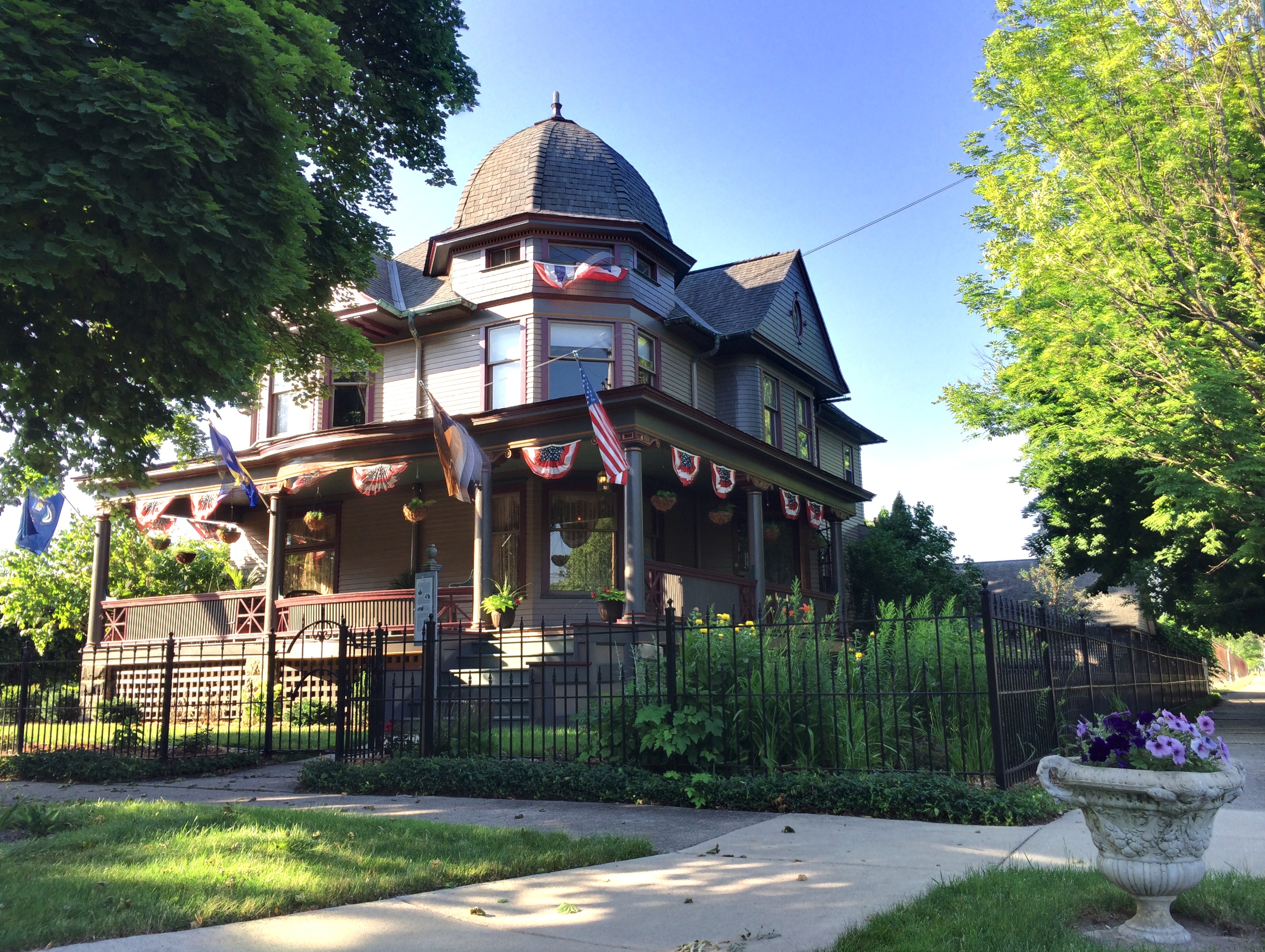 Frank J. Wolfarth was a prominent Saginaw baker at the turn of the 19th century. Born February 26, 1866, he was the son of John G. Wolfarth and Mary Hachen Wolfarth. John G. Wolfarth was born in Germany, February 26, 1842 and immigrated to the USA in 1861. He married Mary Hachen in Detroit in 1863. The Wolforth's moved to Saginaw in 1864. In 1867 John G. Wolfarth founded Wolfarth Bakery in downtown Saginaw and relocated to the Hoyt / Genesee area after the big flood of 1870. In 1893 Frank J. Wolfarth, only son of the pioneer baker, assumed charge of the business shortly after his mother died, relieving his father of day to day operations. He was the guiding spirit of Wolfarth Sanitary Steam Bakery. Frank also began building Wolfarth House one block from his bakery. The bakery operation was expanding rapidly and capacity was up to 10,000 loaves a day. Shipments of baked goods were made to more than 100 towns in the Saginaw Valley. By 1911 the demand for Wolfarth products was so great that an entirely new plant was begun on the site of the old storefront, at Genesee & Walnut. Capacity reached 30,000 loaves per day. Some of the breads baked were "Tip-Top," "Butternut," "Betsy Ross," and "Jersey Cream." John G. Wolfarth, the founder of Wolfarth Bakery, passed away in 1908.

Frank J. Wolfarth married Emily Guenin in 1889. They had two daughters, Leona and Frances Emily. Leona would never marry and lived out her life at Wolfarth House. Frances married Charles P. Walsh June 15, 1927 and together they had twin daughters, Leona Marie, Mary Emily, and a son Frank. Their home was located at 1200 Hoyt Avenue. Frances passed away in 1930 leaving her husband Charles to raise the three children. Grandparents Frank & Emily Wolfarth assisted their son-in-law in raising the children as they spent every other weekend here at Wolfarth House. Leona continued to live at Wolfarth House with her parents. When Frank J. Wolfarth passed away on March 15, 1934 operation of the bakery passed to Leona, the only surviving child. She attempted to run the operation for about two years but found it difficult. She sold the bakery to a large baking corporation in Detroit for a tidy sum of money. The Detroit company operated Wolfarth Bakery for about one year before going bankrupt and shutting down all of their Michigan facilities. The era of the Wolfarth Bakery had come to an end. Ritz Hamburgs, Webber Roofing and a few others occupied the former Wolfarth bakery site until it was razed in 1961 for a gas station.

Leona Wolfarth continued to live in the home until her death in 1973. Wolfarth House, the winter home in St. Petersburg, Florida and The Leona, a summer home in Linwood were all left to Frank W. Walsh, grandson of Frank J. and Emily Wolfarth. Wolfarth House is a classic example of a late Victorian Queen Anne style home. Wood shingles, stone, clapboard, wrap around porch, turret, fireplaces, and balconies were typical of this style. John G. Wolfarth desired to incorporate his wives’ French heritage as well as his own German roots in the design of the home. The turret is built to resemble a 19th century German military helmet while all the door hardware, columnns and wall coverings incorporated a fleur-de-lis pattern in honor of his wife.

Wolfarth House was scheduled for demolition in 1981 when the Saginaw City School District was building the new Central Middle School. Frank W. Walsh fought the district and with the assistance of neighbors, had the area around Wolfarth House designated a historic area by the State of Michigan. In 1992, Frank W. Walsh sold his childhood home to the present owners. They committed themselves to restoring Mr. Walshs’ boyhood home to its 19th century condition. Mr. Walsh and his twin sisters continued to visit regularly until 2009 when Mr. Walsh passed away.  His daughter, Rachel continues to visit, watching the progress of restoration as well as offering historic information on one of Saginaw's fascinating pioneer families.