The American House, originally known as the Prentice Hotel, was built in the center of Canton by Captain Sartwell Prentice in 1823. He sold it around 1840 to Henry or Stillman Foote (when it became Foote's Tavern; in 1858, it was sold to the Bridge brothers, Simeon and Richard, who renamed it "American House."

The American House hotel stood on this spot from 1823 to 1916, when it went out of business and was demolished. 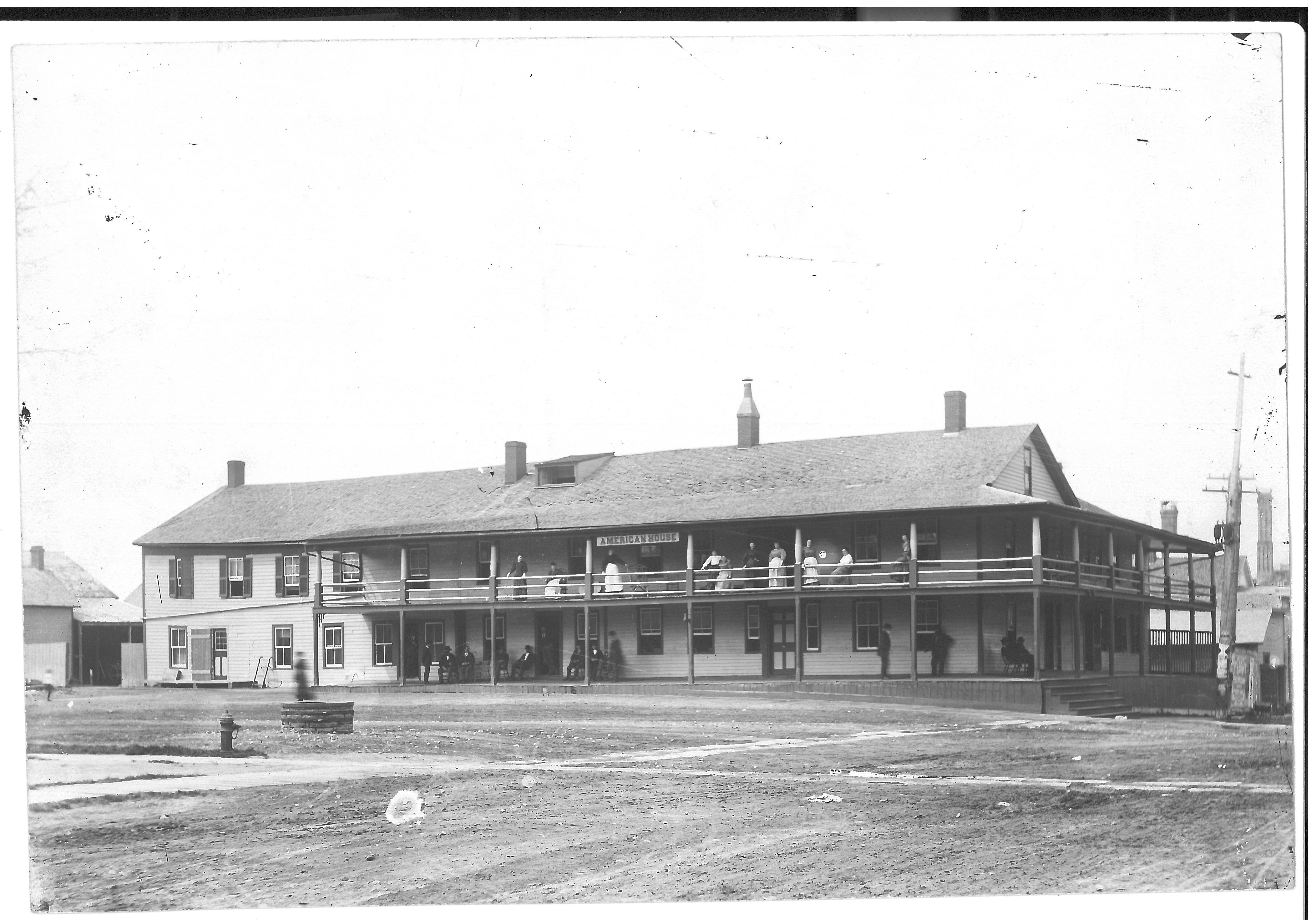 The Bridges sold the hotel to D. W. Roulston, who sold it to Benjamin Lynde, who sold it to Barzillai Hodskin, who sold it back to Simeon D. Bridge (with financial backing from Milton Packard) in 1880. In 1895, it passed to the Getman brothers, who held onto it for some time. Business fell off in the 1910s, and it was shuttered and torn down in 1916.

Before its decline, the American House was the largest hotel in Canton and served politicians and prominent citizens. Dancing classes were held there in the mid-19th century, and it was the site of nearly all Canton assemblies, balls, and social events before the local fraternal halls were built. Traveling opticians and doctors would stop there to use it as a temporary office as they traveled in a circuit around the county, and even locals regularly went to the restaurant.