The Harrisburg International Airport used to be the grounds for an old Air Force base in 1898 mainly used by the United States Army Signal Corps. The base was named the Middletown Air Depot, or Middletown Airfield, which opened up in 1917 and it was used mainly by the Signal Corps for logistics and maintenance support on many airplanes. On March 11, 1948, it was christened the name Olmsted Field after 1st Lieutenant Robert Olmsted of the U.S. Army Air Service. The base closed down in 1969 and turned it over to the Pennsylvania Air National Guard. Today, much of the base was renamed and used for the Harrisburg International Airport.

This is a view of Harrisburg International Airport. 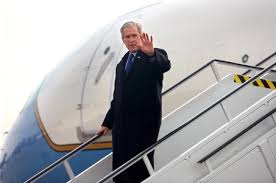 Before its current name, the airport was known as the Middletown Air Depot, which was a U.S. Air Force base that opened up in 1917. The first military plane landings were conducted here in the year of 1918. Up until 1969, the base was mainly used by the Signal Corps for military training, flight training, logistics, and maintenance support of any problems with any of the aircraft. In 1948, the Base would be renamed into Olmsted Field after the 1st Lieutenant Robert Stanford Olmsted who served in the U.S. Army Air Service. Robert was killed in a ballooning accident over the country of the Netherlands on September 23, 1923. He was in the midst of the Gordon Bennett Cup and there was dangerous weather up ahead, but he persisted through it all when lightning struck his balloon killing him.

In 1968, all flights from Capital City Airport were moved over to this base that was renamed Olmsted State Airport. The official air base was closed down a year later in 1969 and in 1973, the airport was renamed the Harrisburg International Airport. The new terminals were constructed by William Pereira, an architect from Illinois. Also, much of the older base and property that wasn’t being used was the site of the newly-built Pennsylvania State University-The Capital College, or Harrisburg Campus as it goes by simultaneously, in 1966. This campus was originally a graduate and upper division school for the students that graduated from PSU.

From 1973 onwards, the airport was owned by the Pennsylvania Commonwealth until it turned over ownership to the Susquehanna Area Regional Airport Authority in 1998. This board of authority consists of community volunteers appointed to five-year terms by elected officials from the counties of Cumberland, Dauphin, and York, the cities of Harrisburg and York, and the townships of Fairview and Lower Swatara. About 1,400 people work inside the airport. A new terminal was completed in the year of 2004 that is 360,000 square feet that costed $120 million to make. The airfield is also used by the U.S. Air Force despite Olmsted Field closing down and many President have visited the state of Pennsylvania on Air Force One landing at this airfield.