Now connected to a new, towering skyscraper, the church opened in 1908. The church, itself, was the first organized church congregation in the settlement era, established in 1853. The building arrived during Seattle's economic, population, and construction boom after the Klondike Gold Rush. First Methodist Episcopal Church is the only extant downtown church building dating from this era. 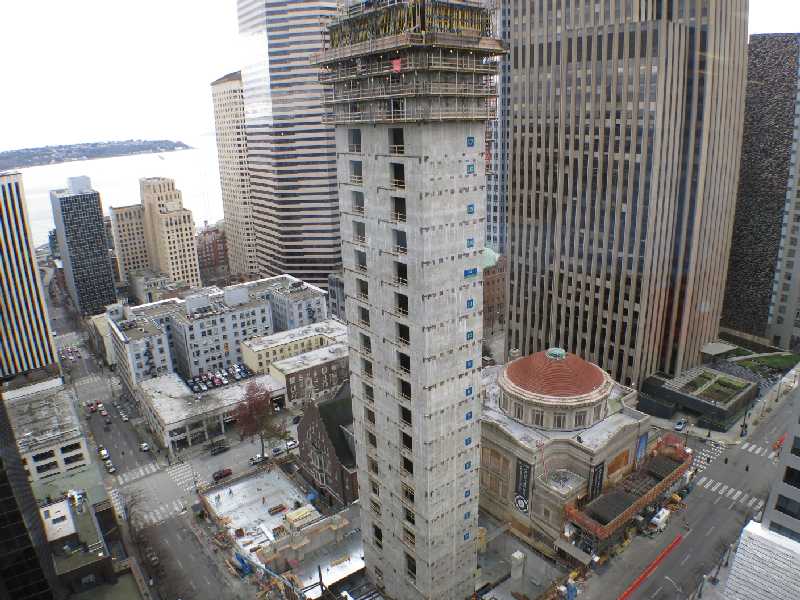 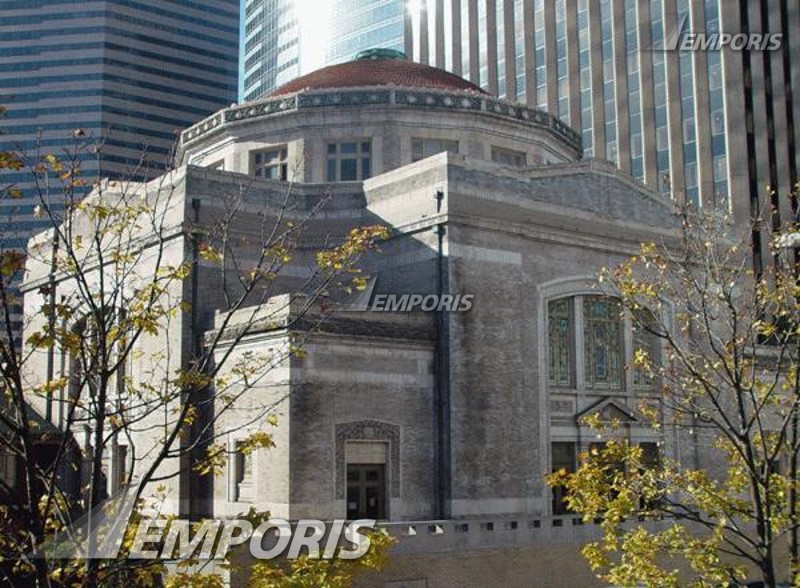 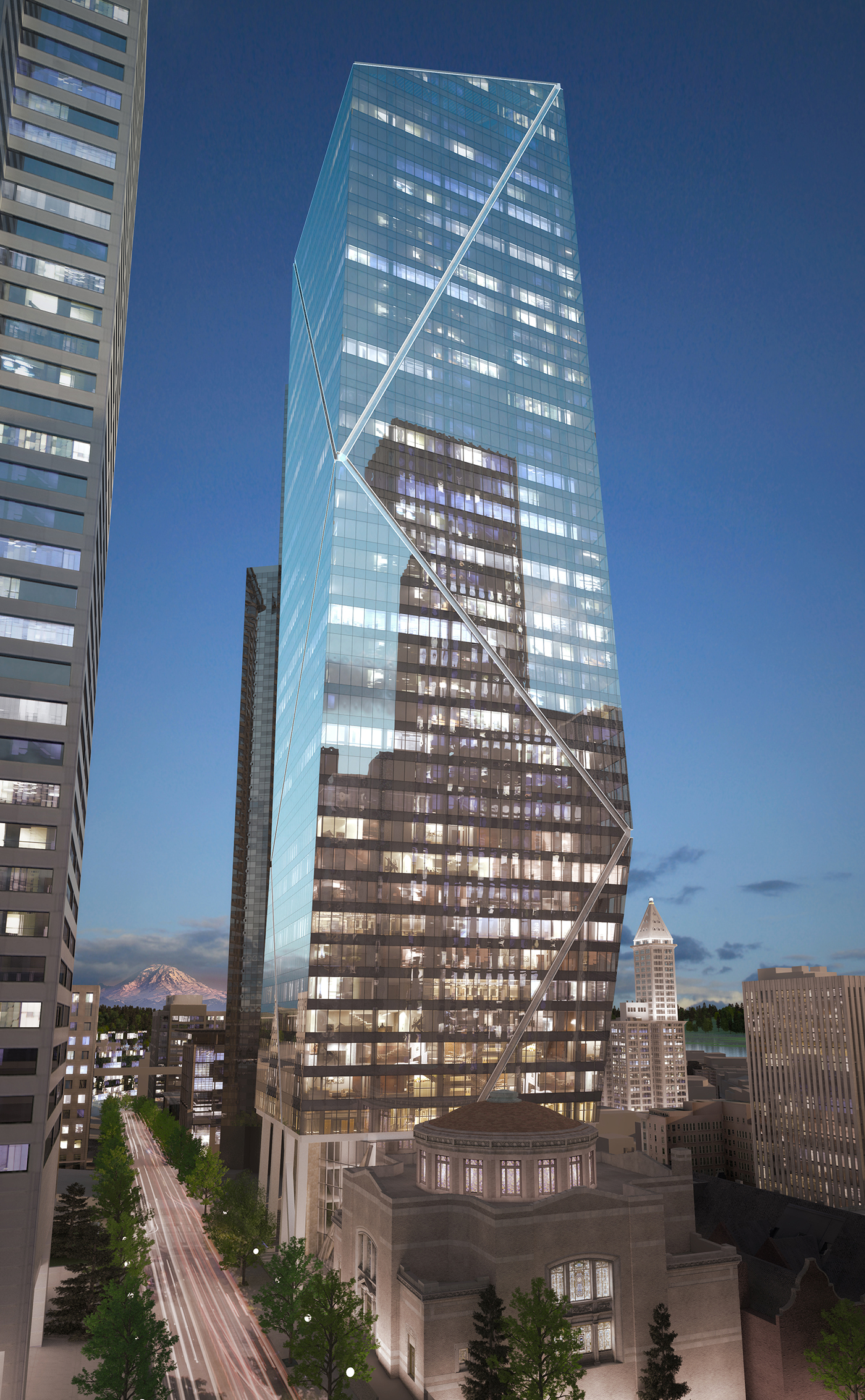 The First Methodist Episcopal Church building arrived during Seattle's initial period (1902-1920) of commercial expansion, which
occurred due to local economic prosperity after the Klondike Gold Rush and in tandem with explosive population growth and suburban residential development, much of it accomplished with the regrading of Denny Hill. Although numerous commercial buildings arose during that period,  First Methodist Episcopal Church is the only existing downtown church building dating from this era.
The church congregation dates back to 1853 during Seattle's settlement era, just as Seattle began a rapid transformation from settlement-town to a bustling metropolis. Notably, the 1896 Klondike Gold Rush led to a significant population boom in Seattle, which also provided for new wealth and an abundance of new construction including several projects that would drastically reshape the city's topography. As a result, the city removed hills, built tunnels and canals, moved and built streets, and entire valleys and tidelands were filled or changed. In other words, a massive environmental overhaul occurred to facilitate the movement of goods and people and the expansion of commercial and industrial development. The church built amongst that newly changed landscape and building boom.
As population increased, so did churches, but The Methodist-Episcopal Church had been the city's first, organized decades before the gold-rush boom. Ths first church was dedicated on May 12, 1855, and for ten years it was Seattle's only church. The congregation sized increased steadily and, during the population boom, saw a doubling of size from 1905 - 1910, spurring the need for a new building.  Construction on the downtown building began in late 1907; the cornerstone was laid on February 2, 1908, and construction lasted until April 17, 1910, for a total cost $180,000. Later donations helped pay for the costs and aided in the purchase of a $15,000 pipe organ that was installed the following November.
Intriguingly, the church's history caused issues for the church's progress. In March 1985, the City of Seattle Landmarks
Preservation Board (LPB) voted to approve the designation of the church as a Seattle Landmark, noting that "the exterior of the 1907 building and the interior of the auditorium" as features of the Landmark that had to be preserved. On May 9, 1996, after several suits, the Washington State Supreme Court ruled that, due to restrictions it had placed on alterations to the interior and exterior of the building, the Landmark designation was unconstitutional because it violated the rights of the church to the free practice of religion.
In May 2002, the church congregation retained consultants to assist with planning for the redevelopment of the church property, including the demolition of the historic sanctuary building. Historic
preservation advocates, including Historic Seattle and the National for Historic Preservation along with City and County elected officials and governmental representatives, became actively involved to find an alternative approach. They hoped to preserve the historic church building while allowing the congregation to sell the property and relocate to a new facility. After much negotiation, the church members vacated the premises in March 2008 and transferred to a modern church, which allowed the city to designated it as a formal landmark. In other words, the church had to move so the city could save the history of the church and its building.
Today, it sits adjacent, and connected, to the nearly completed "The Mark," a 660-foot and 44-floor skyscraper that will be Seattle's fifth-tallest building. Although the construction resulted in the demolition of the church's education wing the remainder of the former church structure was preserved and has since been re-purposed into the Daniels Recital Hall.

[Editor note: Much of the prose included in this entry are taken directly from the National Park Service's lengthy history. Although parts of the text remain unchanged, the bulk of the material was edited and modified for simplification. A link to the original text is provided. ]