Located in the heart of Boise State University’s campus lies a building considered to be one of the most prestigious entertainment arenas in the West; Taco Bell Arena (formally known as The Pavilion). Constructed in 1982 by the architectural firm CSHQA to the cost of $17.5 million, Taco Bell Arena has proven to be a powerhouse for all college arenas across the nation for showcasing collegiate sports such as basketball, gymnastics, and wrestling. The arena has also became a staple for commercial entertainment by hosting concerts by well-known recording artists such as Maroon 5, Katy Perry, Imagine Dragons, Ariana Grande, and many more. Taco Bell Arena in of itself is a destination that not only brings in opportunities for the university but also the residents and travelers who come to visit Boise, Idaho. 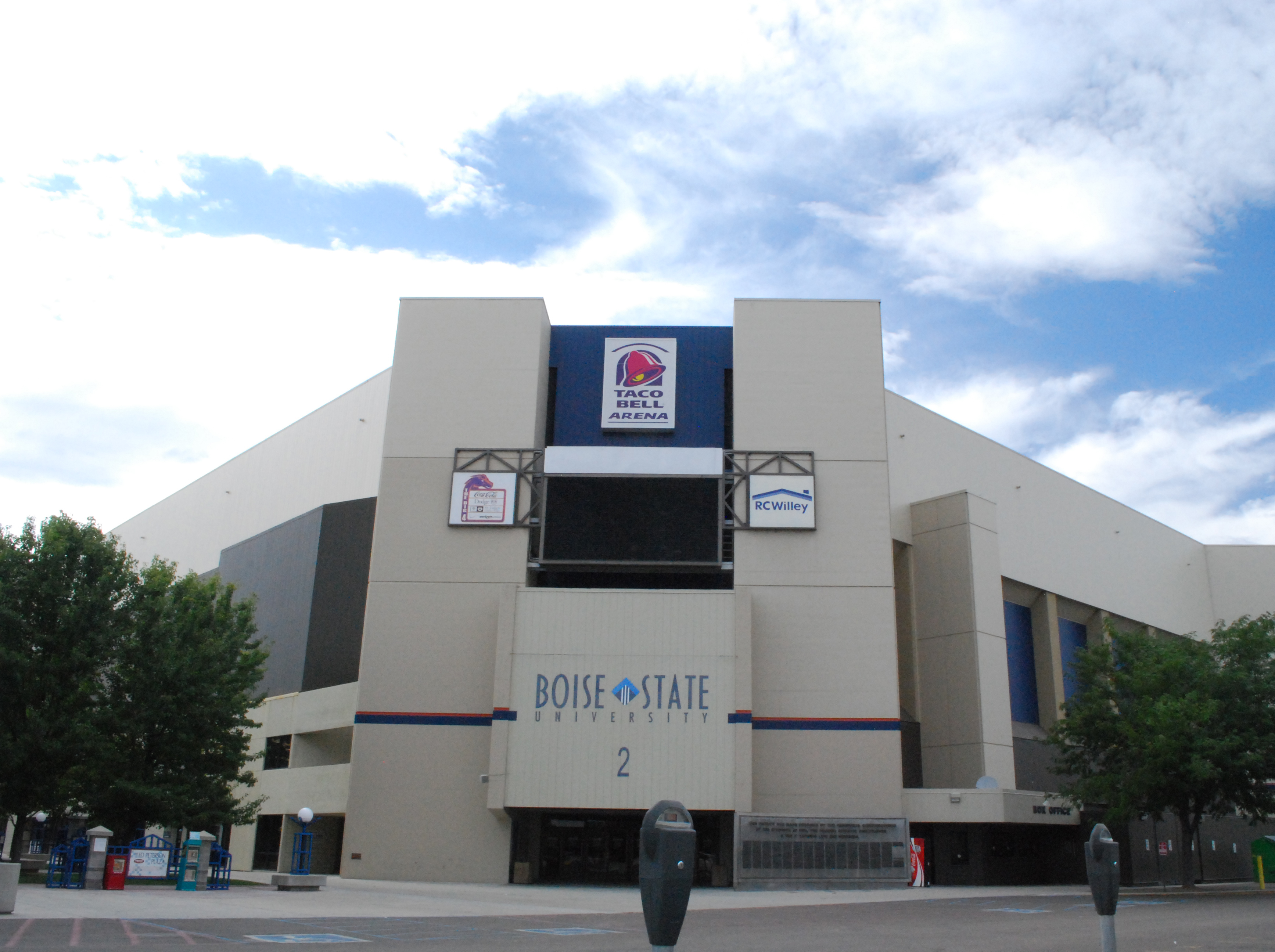 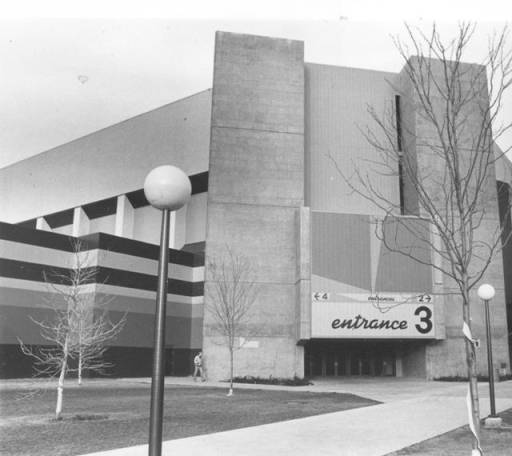 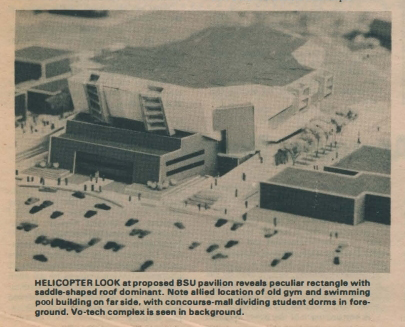 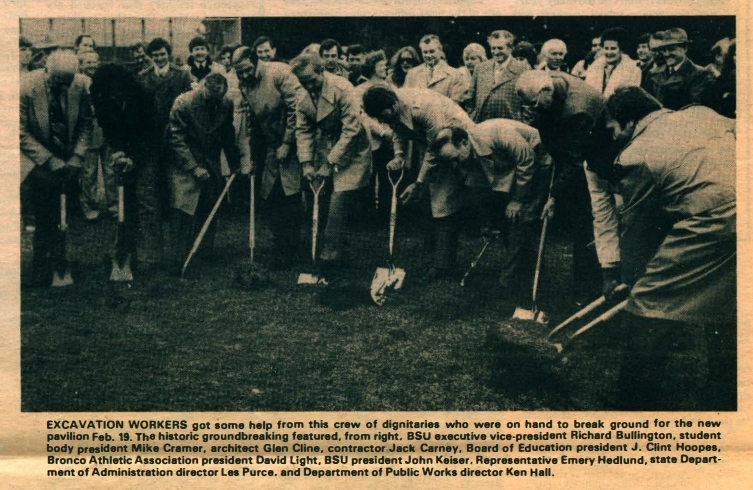 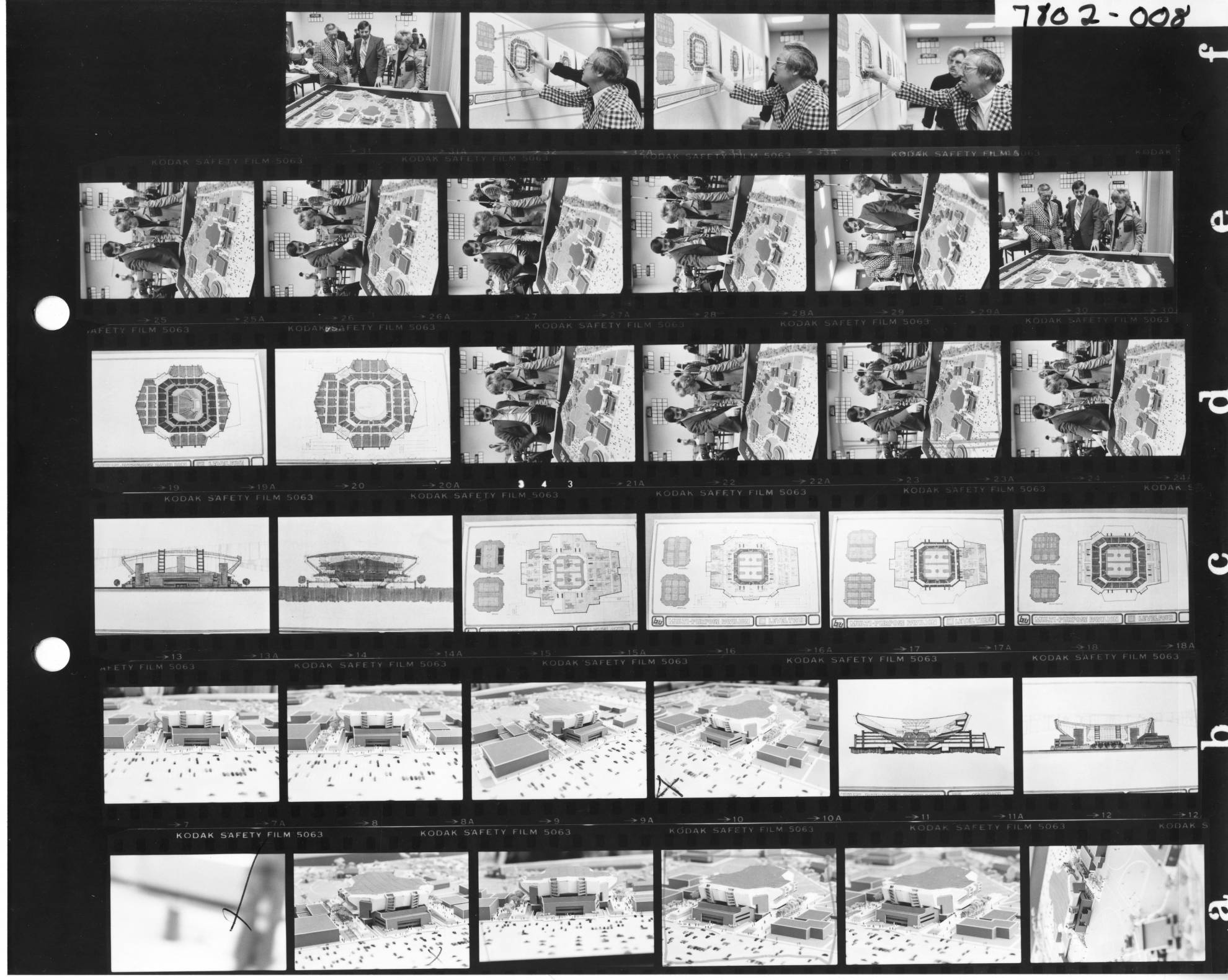 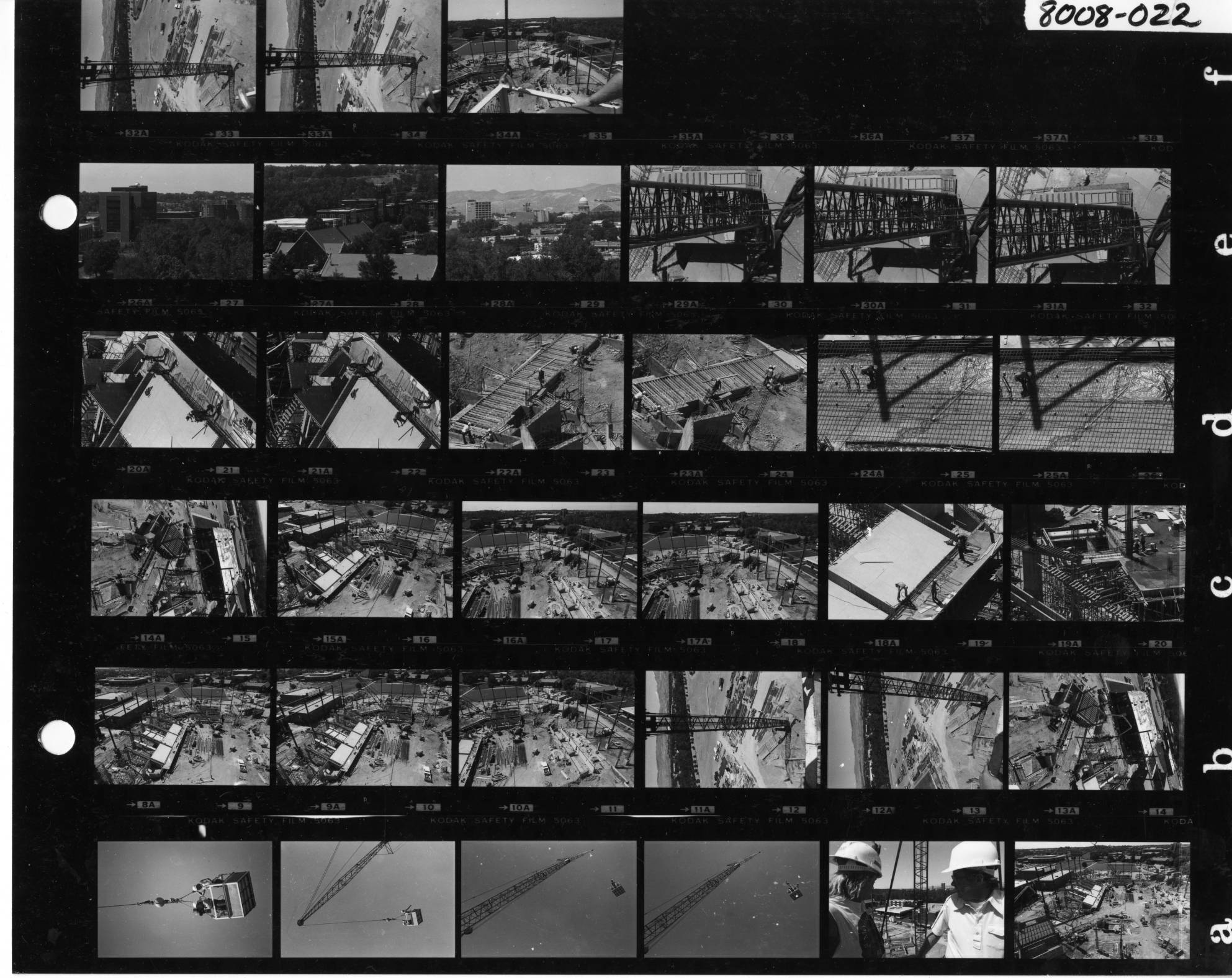 During 1976, a project proposal was created to help build and fund a multipurpose building for Boise State University. The Pavilion as it would be named is a multipurpose entertainment facility built by the architectural firm CSHQA in the Post-Modern style with the price tag of $17.5 million. Construction first began in 1980 after the State Board of Education signed off on a $16 million bond with Boise State University signing contracts that brought the total amount to $17.5 million. In June of 2004, Taco Bell would take interest in the facility and would later sign a 15 year contract for naming rights agreement with Boise State University for $4 million. 1

Since its conception in 1976, the pavilion has been at the forefront of controversy between both students/faculty and the State Board of Education. The plans for the building went through several financial plans that were rejected due to high construction bids, student protests over an increase in student fees by $40, and an increase in interest rates on the bonds the university was planning to use to fund the construction. Ultimately the State Board of Education would approve a $16 million bond while Boise State University would sign contracts worth $17.5 million. 1

However with the financial plan ironed out and construction beginning on the site, there was yet another problem. Pre-existing buildings wouldn’t allow for the construction of a perfect ring circle as planned. CSHQA co-founder and leading architect Glen Cline came up with the plan to make the arena into an oval. This would turn into a major asset for the structure as the shape allowed for lower levels of seating on the arena floor to be closer to the action and would allow the upper level seating areas to be more concentrated towards one side of the arena; thus giving spectators in attendance a better vantage point of the stage and create a more intimate experience. 2

Taco Bell Arena, with its main arena floor being 17,472 sq. ft., has the carrying capacity of 13,390 seats for events. The facility features many amenities such as meeting rooms, production offices, dressing rooms, locker rooms, a control room, and the main arena floor. The facility comes with two state of the art sound systems. Both the Altec Lansing and Panasonic Ramsa loudspeaker clusters combined consist of 44 high/mid frequency and 22 low frequency speakers. The facility also comes with two lighting systems consisting of 52 metal-halide fixtures that provide lighting over the arena floor and all three levels of seating areas. 4

With the oval shape of the arena, there needed to be a way to help support the immense weight that would be put on the buildings cement foundation. To do this, the arena implements a high tension cable system along with metal beams to help disperse the weight of the saddle shape roof. Following in suite with the oval shape of the arena, the saddle switch roof was also designed with function in mind. The roof with its concave interior shape created barriers where sound waves could reflect off of the surfaces, thus providing acoustics to all parts of the arena which would later help eliminate the use of sound machine assistance in the future. The shape also allowed the height of the building to remain level with surrounding buildings as to not block the vantage points from other areas of the campus. 3

Just as important as the exterior was to the design, so was the interior. The flooring of Taco Bell Arena is comprised of a poured mix; in relation to Tartan-style flooring, of multiple layers of asphalt, gravel, and sand layered in a crisscross pattern to create a synthetic material. With this technique being implemented into the construction of the flooring, it allowed for maximum durability and flexibility of being able to diversify what type of flooring was needed for certain events. This was a key feature that was essential to the multipurpose functionality that the university was seeking. 2

Treasuring the Past... Shaping the Future

Boise State University is a campus that is enriched with history from its humble beginning as a small junior college founded by the Episcopal Church in 1932. Over the course of its existence in the city of Boise, Idaho, the university has become a leading university in both higher learning and education for not only the past but the future. With a diverse range of cultural aspects, sporting events, and rich traditions, Boise State University will continue to remain a leader in the realm of higher education here in Idaho and remain one of the top universities for years to come. 5

If you enjoyed learning information about Taco Bell Arena (BSU Pavilion), be sure to check out other buildings here on campus as well!

Historic walking tour of BSU campus architecture created as a final project by the Department of Art's History of Modern Architecture course in the Spring of 2017 with adjunct faculty member Amy Pence-Brown. Come explore the unique history of our campus from Boise's beginnings in the 1860s to some of the newest construction. Cool historic photos, maps, video tours and more included!