The United States Cavalry Museum at Fort Riley, Kansas, is located inside the original hospital which was built in 1855. The museum chronicles 175 years of the history surrounding American soldiers on horseback, beginning with the Revolutionary War and ending with inactivation in 1950. Their mission statement explains that their exhibits interpret the history surrounding Fort Riley, past, and present. Their programs support not only educational pursuits but also training and research in the field. This museum is maintained by Historical and Archaeological Society of Fort Riley.

Statue viewed from the walkway to the Cavalry Museum. 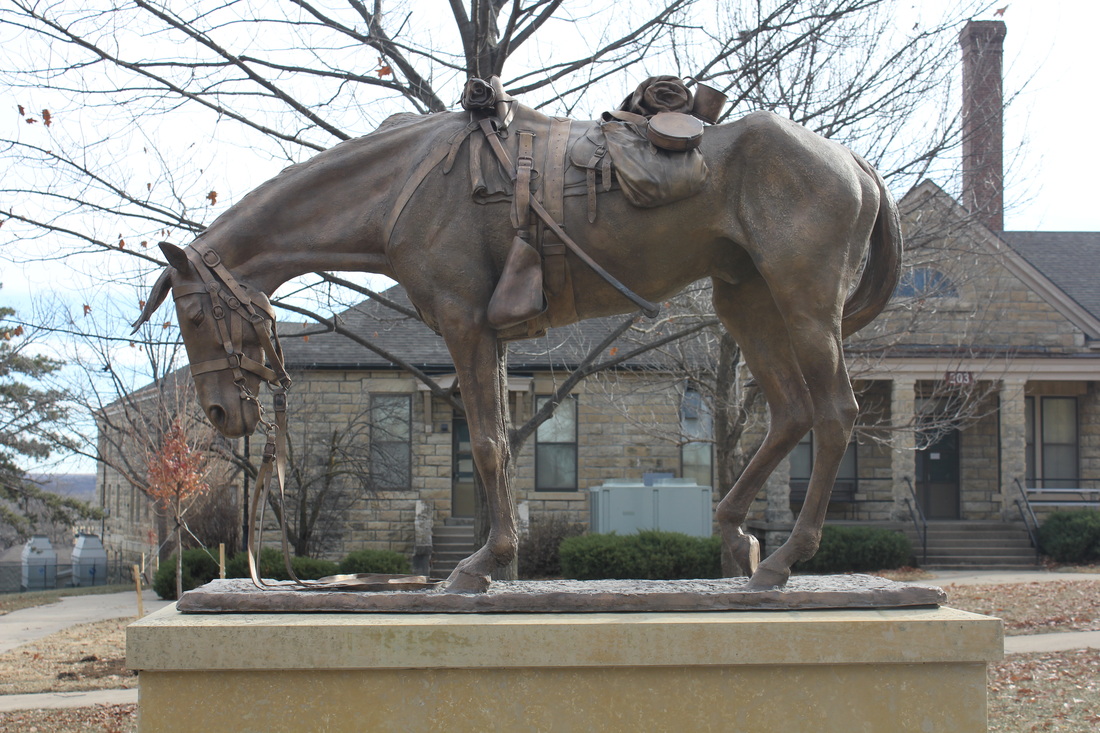 Sign outside the Cavalry Museum illustrating address and operating hours. 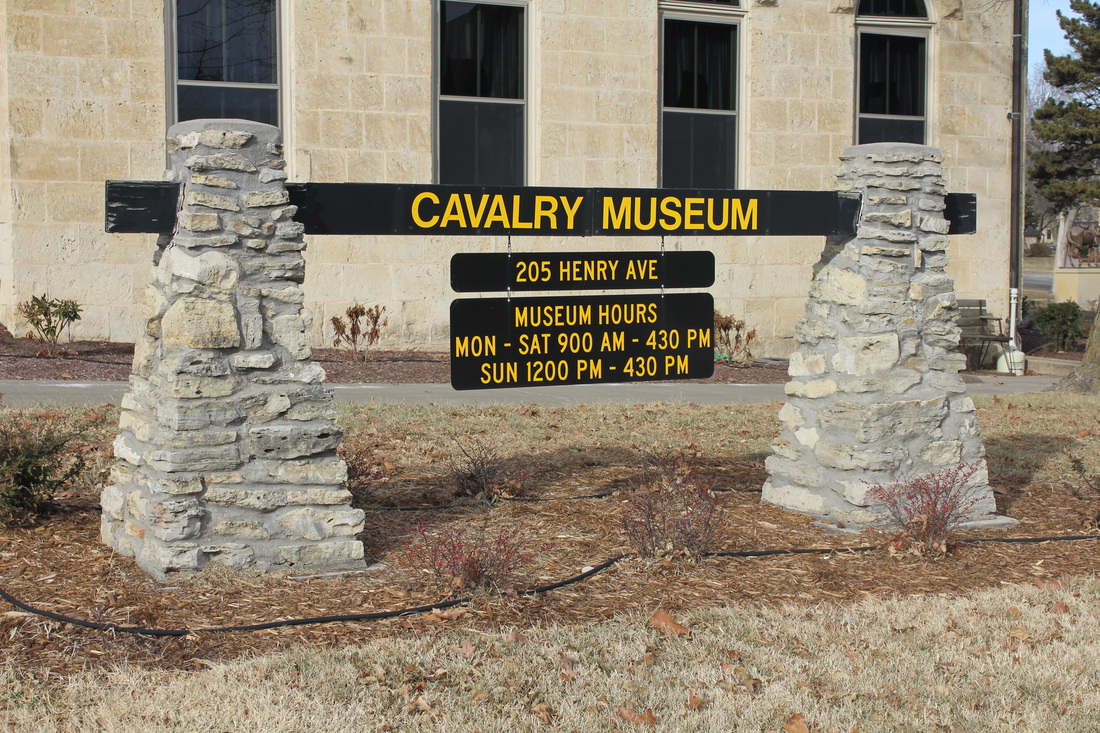 Building pertaining to the Cavalry Museum. 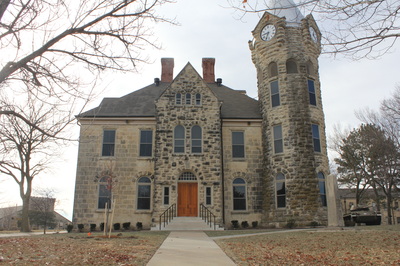 The U.S. Cavalry Museum is located on the historic Army post at Fort Riley in a building that was constructed in 1855 as the post hospital. The facility’s primary focus is on the history surrounding American troops on horseback. Overall, the displays housed within the museum chronicles 175 years of history, beginning with the Revolutionary War and ending with the inactivation of the base in 1950.

The Cavalry Museum is a part of a larger historical initiative for preserving the history in the local area as well. The exhibit is maintained by the Historical and Archaeological Society of Fort Riley, which is a nonprofit organization that strives to promote awareness and educates the public about the significance and importance of mounted soldiers in American history. The museum is open to the public and encourages the participation of all ages, whether or not they have any military experience. They are enthusiastic about helping people discover their own connections to the history of the cavalry, and they partner with groups who are interested in celebrating this rich history with memorials and organized reenactments.

The museum's building also served as the official headquarters of the U.S. Army Cavalry School. Among the displays are numerous artifacts connected with the U.S. Cavalry and its history from the colonial period to the modern age. The museum draws as many as 100,000 visitors annually.

The U.S. Cavalry Museum is officially recognized and affiliated with the Army Museum System. Fort Riley was once General George Armstrong Custer’s historical headquarters and later served as the Cavalry School Administration Building in 1890, marking its essential role in educating and contributing to the legacy of the American Cavalry. In 1957, the building became home to the Fort Riley Historical Museum. It held that name until 1962 when it became the current U.S. Cavalry Museum of today.